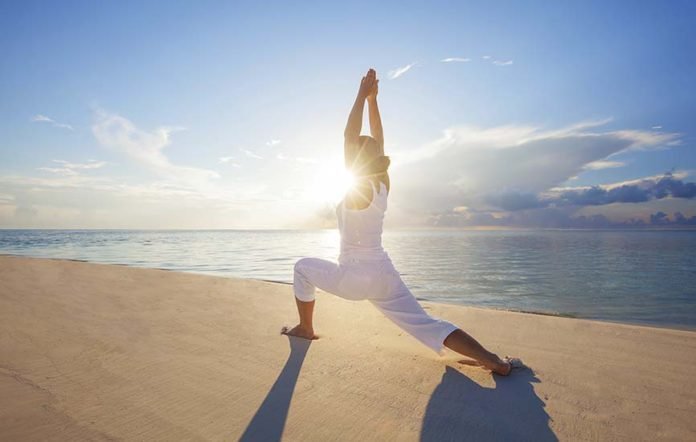 We’ve all heard at one time or another about how yoga is great for our holistic well-being and some of us have a daily yoga practice we do with that in mind. What you may not know is that the list of life enriching benefits of yoga just keeps on growing and here we look at several new discoveries about the wonderful benefits of yoga that have emerged in recent years. If you don’t incorporate some form of yoga into your daily life you may reconsider after reading this and become a yogi or yogini yourself!

In breast cancer survivors, the Iyengar method of yoga not only promotes psychological well-being, but seems to offer immune system benefits as well, according to new research. The Iyengar method, created by B. K. S. Iyengar, “is considered to be one of the more active forms of yoga,” says lead researcher and presenter Pamela E. Schultz
“It still has the meditative component, but it’s been shown to have a physical output equivalent to a moderate-intensity exercise.” –Source

Ycan reverse the clinical and biochemical changes associated with metabolic syndrome, according to results of studies from Sweden and India. Waist circumference, blood pressure, blood sugar, and triglycerides were significantly lower, and “good” HDL cholesterol levels were higher in the yoga group as compared to controls, Agrawal’s team reports in the journal Diabetes Research and Clinical Practice. –Source

Yoga proven to help back pain

Research shows that regular yoga sessions may be an effective way to combat back pain. In one study, those who practised weekly 75-minute yoga classes made greater progress than those who took part in strengthening and stretching classes. The researchers found that at the end of 12 weeks patients in the yoga group were better able to do daily activities involving the back. After another 14 weeks they also reported less pain, and used less pain relieving drugs. –Source

A study published in the December 2008 edition of The Journal of Sexual Medicine showed women who were not satisfied with their sex life experienced heightened arousal and better orgasms when they practiced yoga. Another study published in the same journal in 2007 showed yoga was the most effective solution for men dealing with premature ejaculation in comparison to Prozac and non-prescription drugs. –Source

Recently Yoga has begun to be used as a treatment to aid in healing those with Post-Traumatic Stress Disorder. In a recent study, a group of female patients suffering from PTSD were taught Hatha Yoga in eight sessions while another group of female patients underwent eight sessions of group therapy. Those who finished the Yoga training showed a substantial improvement in symptoms such as “the frequency of intrusive thoughts and the severity of jangled nerves” in comparison to those who underwent group therapy. –Source

According to a new study headed by researchers at the Fred Hutchinson Cancer Research Center, people who practice yoga regularly are less likely to be obese. The reason isn’t necessarily the exercise part of yoga but the mindfulness part that promotes a slim body. It was found that middle-age people who practice yoga gained less weight over a ten year period than those who did not. This was independent of physical activity and dietary patterns. –Source

According to research conducted at the University of The Rockies, binge eaters were encouraged to take part in a 10-week yoga therapy program. These participants saw a dramatic drop in their binge-eating episodes towards the end of the program. Every week, the program included an hour of yoga and group discussion afterwards that lasted half an hour. –Source

Yet another study has confirmed that yoga can assist in the treatment of a wide range of psychological disorders, including depression, anxiety, and cardiac disease. Chris Streeter, MD, and his colleagues from Boston University School of Medicine discovered that it may be because of yoga’s ability to increase levels of gamma-aminobutyric acid (GABA), an endogenous antidepressant neurotransmitter present in the brain. –Source