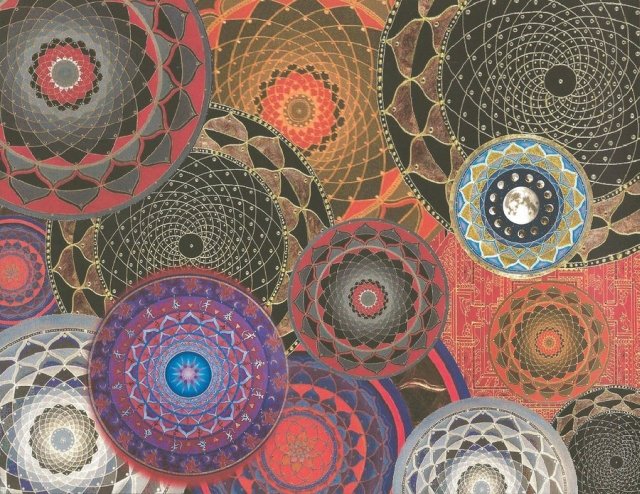 “Concerning matter, we have been all wrong. What we have called matter is energy, whose vibration has been so lowered as to be perceptible to the senses. There is no matter.”

Yes, this is quite a bold statement, if true, that would certainly demand some sort of evidence or mathematical proof to back it up. It may seem like a paradox that the things which we can see and touch are nonexistent. However, there is an answer to this, which may be found in the bold and exciting (relatively) new science of quantum physics.

In ages past, it was believed that what we can see and touch, like a rock for instance, was the elements, in other words, matter. However, as science developed, such as chemistry, and much more recently quantum physics, it had been observed that matter seems to exist on one hand, but once one takes a deep look into the heart of the matter (no pun intended), there seems as if there is nothing. In atoms, you have mostly protons, neutrons and electrons. However, electrons for example, are insignificantly microscopic and spread out over enormous distances. Inbetween them, there is what is perceived as empty space. In fact, 99.99999% of an atom is this so-called ‘empty space’. Even if we look into electrons, protons, etc, we see that there is yet more open space. Gluons, neutrinos and the like are also in there somewhere but no matter how far into these particles we look, there is not anything that we can say quantifiably that it is the building block of all of this. What’s more, electrons literally possess no dimension. An electron is simply not an object as we know it. There is nothing. However, our eyes and observations are fooling us because indeed this nothing is something but we can not quantifiably say it is something and therefore it is nothing. There has to exist an energy that holds all these particles together like a sort of glue, or else matter would not exist because it would be akin to having a rock turn into sand that can not stay together as a rock any longer.

There have been some notable quantum physicists, such as Dr. Fred Alan Wolf, that have been looking to fuse science with spirituality…and with relative success. Below is from an article attributed to Dr. Wolf concerning his perception of this most-interesting issue at hand.

Quantum physics has thus brought about a radical new understanding both of the particles and the void. In  subatomic physics, mass is no longer seen as a material  substance but is recognized as a form of energy. When a  piece of seemingly solid matter–a rock or a human hand or  the limb of a tree–is placed under a powerful electronic  microscope: the electron-scanning microscope, with the power  to magnify several thousand times, takes us down  into a realm that has the look of the sea about  it… In the kingdom of corpuscles, there is transfiguration and there is samsara, the endless  round of birth and death. Every passing second,  some 2-1/2 million red cells are born; every  second, the same number die. The typical cell  lives about 110 days, then becomes tired and  decrepit. There are no lingering deaths here, for  when a cell loses its vital force, it somehow  attracts the attention of macrophage.

As the magnification increases, the flesh does  begin to dissolve. Muscle fiber now takes on a  fully crystaline aspect. We can see that it is  made of long, spiral molecules in orderly array.  And all of these molecules are swaying like wheat  in the wind, connected with one another and held  in place by invisible waves that pulse many  trillions of times a second. What are the molecules made of? As we move closer,  we see atoms, the tiny shadowy balls dancing  around their fixed locations in the molecules,  sometimes changing position with their partners in  perfect rhythms. And now we focus on one of the  atoms; its interior is lightly veiled by a cloud  of electrons. We come closer, increasing the  magnification. The shell dissolves and we look on  the inside to find…nothing.

Somewhere within that emptiness, we know is a  nucleus. We scan the space, and there it is, a  tiny dot. At last, we have discovered something  hard and solid, a reference point. But no! as we  move closer to the nucleus, it too begins to  dissolve. It too is nothing more than an  oscillating field, waves of rhythm. Inside the  nucleus are other organized fields: protons,  neutrons, even smaller “particles.” Each of these,  upon our approach, also dissolve into pure rhythm. These days they (the scientists) are looking for  quarks, strange subatomic entities, having  qualities which they describe with such words as  upness, downness, charm, strangeness, truth,  beauty, color, and flavor. But no matter. If we  could get close enough to these wondrous quarks,  they too would melt away. They too would have to  give up all pretense of solidity. Even their speed  and relationship would be unclear, leaving them  only relationship and pattern of vibration.

Of what is the body made? It is made of emptiness  and rhythm. At the ultimate heart of the body, at  the heart of the world, there is no solidity. Once  again, there is only the dance. (At) the  unimaginable heart of the atom, the compact  nucleus, we have found no solid object, but rather  a dynamic pattern of tightly confined energy  vibrating perhaps 1022 times a second: a dance…  The protons–the positively charged knots in the  pattern of the nucleus–are not only powerful;  they are very old. Along with the much lighter  electrons that spin and vibrate around the outer  regions of the atom, the protons constitute the  most ancient entities of matter in the universe,  going back to the first seconds after the birth of  space and time.

It follows then that in the world of subatomic physics there  are no objects, only processes. Atoms consist of particles  and these particles are not made of any solid material  substance. When we observe them under a microscope, we never  see any substance; we rather observe dynamic patterns,  continually changing into one another–a continuous dance of  energy. This dance of energy, the underlying rhythm of the  universe, is again more intuited than seen. Jack Kornfield,  a contemporary teacher of meditation, finds a parallel  between the behavior of subatomic particles and meditational  states:

If truly being the words of Dr. Wolf, I believe this above explanation of this fascinating reality is a beautiful description of the issue at hand.

So how is it that we exist as matter? Albert Einstein alluded to this answer.  We, the people of this beautiful planet, are really beings made of energy, but we exist at the 3rd dimension because our atoms have a specific frequency which makes us able to exist in this very 3rd dimension. This specific frequency is stable enough for all our lifetime.  Using this information, if we are indeed capable of accelerating and decelerating the frequencies to make us able to exist in the 3rd dimension, then naturally, we can use this in order to travel inter-dimensionally throughout the infinite multiverse…and here lies the key to the true evolution of the human being race. Once we learn, or progress far enough, to accelerate and decelerate the vibrating frequencies of our atoms, then, in theory, we will be able to exist in the 5th dimension and in parallel universes of this wonderful multiverse.

Note: The quote attributed to Albert Einstein in the beginning of the article, as well as the article quotations attributed to Fred Alan Wolf are not in the specific terms which these two physicists have used. However, upon deeper research, there is enough evidence to be compelled to believe that the general message of matter not being definitive to still hold true. A quote from Einstein’s “Metaphysics of Relativity” (1950)shows this:

“Physical objects are not in space, but these objects are spatially extended (as fields). In this way the concept ‘empty space’ loses its meaning. … The field thus becomes an irreducible element of physical description, irreducible in the same sense as the concept of matter (particles) in the theory of Newton.”

Legendary physicist Max Planck is attributed to saying in a lecture that was given in Florence the following:

“As a physicist, that is, a man who had devoted his whole life to a wholly prosaic science, the exploration of matter, no one would surely suspect me of being a fantast. And so, having studied the atom, I am telling you that there is no matter as such. All matter arises and persists only due to a force that causes the atomic particles to vibrate, holding them together in the tiniest of solar systems, the atom. Yet in the whole of the universe there is no force that is either intelligent or eternal, and we must therefore assume that behind this force there is a conscious, intelligent mind or spirit. This is the very origin of all matter.”

Source of this quote is from the following:

Pauli, Wolfgang: THE INFLUENCE OF ARCHETYPICAL PRESENTATIONS ON THE DEVELOPMENT OF THE NATURAL SCIENCE THEORY BY KEPPLER in: Jung Pauli: NATURAL EXPLANATION AND PSYCHE, Zuerich 1952, p. 163