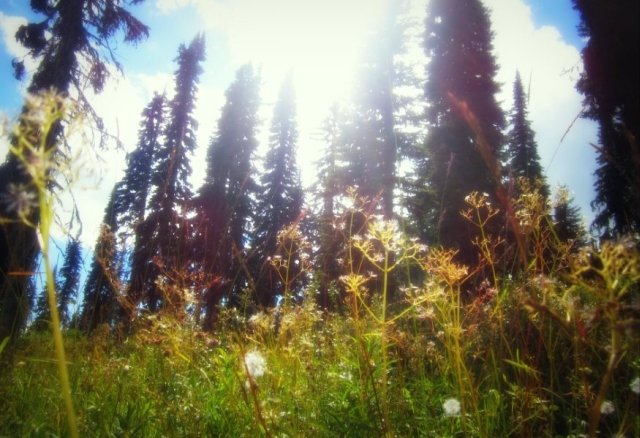 In the present-day highly urbanized and industrialized parts of the world there seems to be a significant lack of a feeling of connectedness with nature. The environment is sometimes seen as a foe trying to kill those who have artificially separated themselves from it by throwing things such as tornadoes, hurricanes, and volcano eruptions at them. Shows like Man vs. Wild even have it in their names that nature is something humans are battling against. There is a sense in these out of sync circles that nature is something that is essentially a resource treasure chest that is to be exploited for the benefit of the human species.

Rather then being a separate and disconnected aspect of reality,humans are very much a part of nature as nature is a part of us. Without nature and all that it encompasses (planetary body, air, water, etc.) it would be an impossibility to thrive. Given the severe nature of the disconnect that is experienced by many in the urban and industrial areas of the world, there is an emerging sense of a void that is ever-increasing thanks to the advent and rise of highly sophisticated technologies that, although they could be used as an connection enhancer with nature, they are being used for the most part to further separate ourselves from the very environment from which we arose.

People are awakening from their slumber of disconnection with nature and are rediscovering the serenity, tranquility, and peace that nature has to offer, if one chooses to seek out places of restoration and healing for one’s emotional, psychological, and physiological states. Just look to the dramatic rise in popularity of festivals and gatherings that take place outside surrounding by nature, bringing people together in a tribal communion with music, art, nature & each other.

If it’s not possible to wander deep into enchanted forests or meadows, you can surround yourself with plants, animals, and anything that reminds you of your environmental biosphere. There’s a plentiful data bank concerning the holistic health benefits of being connected to nature in some way, and attuning of one’s self to the wholeness aspects of everything, rather than becoming preoccupied with the minuscule and little things in life that all-too-frequently unnecessarily complicate one’s life by his or her over-focusing on such matters.

Studies at the University of Rochester have shown that being connected and unified with nature creates a significant consciousness shift within an individual. When disconnected from nature and the environment, a person is more self-centered and egoistic but once reunited with nature, the individual becomes more caring and selfless. Instead of focusing on the pursuit of one’s own self interests, a person shifts their focus to the overall positive transformation of society.

Even if one spends large amounts of time in a room or area that has a good amount of plants can experience this shift. One theory that I express is that a large contributor to such a consciousness shift when a person is surrounded by nature is because of the effects of the energy fields of plants and their own localized fields and forms of consciousness having a direct influence on us.

Since the 1960s, there has been a continuously-growing body of research that has demonstrated the factual reality of a plant consciousness and affirms their sentience and influence on not only other plants, but even animals and humans. Yes, to some it may seem like a “preposterous hippie idea” that acts such as the hugging of trees has any effect whatsoever on the individual doing the hugging, but when focused on the research and data, this idea does not sound so far-fetched anymore.

All that exists in reality is some form and manifestation of Consciousness, which expresses itself in a wide variety of energetic manifestations, which interact with everything and everyone, because of the reality of the interconnectedness and oneness of all that exists. The energy exchange between one manifestation of energy (plant) and another (human), which occurs with an interaction between each one’s localized energy fields, gives a whole new meaning to the term “treehugger”.

Besides the interaction of energy fields, studies like the one published by the New Scientist demonstrate that rainforests all over the world act as massive carbon sinks and also are responsible for the weather patterns experienced globally. Being the symbolic heart and lungs of the planet according to these findings, it gives us all the more reason to not only respect and protect nature and the biosphere, but also to promote the continuous planting of more plants and trees, in the hope that doing so will ensure that our planet’s heart and lungs stay in optimal health.

When the environment is healthy, we are healthy.

Psychologists all over the United States have expressed their concerns over the replication of things found in nature (such as dogs having their robotic counterparts and webcams being used to view nature) and how such things are an inadequate replacement for the real thing. Psychological repercussions can result from this replacement of nature with technology.

That’s not to say that technology is something to shun away from. This is certainly not the case, especially when being mindful of transhumanism or technogaianism. However, the message is that no matter how technologically advanced we may become, we are still interconnected with nature and the environment. Losing our connection with the very environment in which we live in not only negatively affects ourselves, but society’s future, as a whole.

It’s best to solve such issues before they reach catastrophic proportions, such as the extinction of key components in the biosphere. Evidence compiled by such institutions such as the University of Illinois at Urbana-Champaign’s Landscape and Human Health Laboratory and elsewhere demonstrate that a connection to nature is vital to the  psychological and physical well-being of humans, because such a connection helps with the reduction of stress and other mental issues.

Rediscovering humanity’s deep and intimate connection with nature is a fundamental aspect of maintaining our well-being and helps with grounding us to a reality that existed long before the technological advancements of the human race. Given the interconnected nature of everything in existence, the denying of our unity with all that is around us not only impedes a transpersonal shift in humanity’s consciousness, but it also brings forth problems mentally, emotionally, and physically for each individual human being.

So go on, leave your iPhone in the car and immerse yourself in the beautiful expanses of nature. There’s so many absolutely incredible places to go explore and discover. Go on adventures. Take hikes. Lay out on the beach. Do whatever you find brings you peace and happiness. You’ll thank yourself.