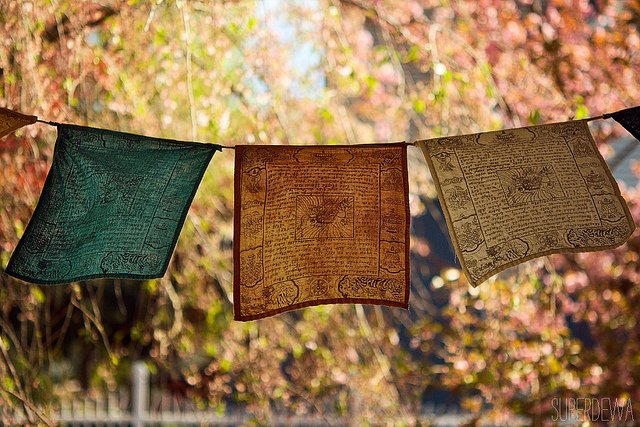 So how much of an impact on our lives does focusing on the glass being half-full rather than half-empty? A study by the University of Montreal found that emotions can either increase of decrease pain experienced by a person depending on whether the emotion is positive or negative. In the study during the fMRI process, individuals were shown a series of images that were classified as either pleasant (i.e. summer water-skiing), unpleasant (i.e. a vicious bear) or neutral (i.e. a book). Dr. Mathieu Roy who was part of the study had said that “We found that seeing unpleasant pictures elicited stronger pain in subjects getting shocks than looking at pleasant pictures.”

Previous research by Dr. Roy has demonstrated music’s soothing of pain felt by a person listening to it. Now that we know this, it’s possible to alter our lives by focusing on the positive and not defaulting to the negative. It’s very easy to look at something in someone or something and criticize it. Does this make us feel better or bitter? The difference is only a letter on paper for in our lives it can redefine our lives. By focusing on the positive and beautiful aspects of reality, not only will we feel better psychologically, but physiologically as well.

An aspect of our psychological makeup that sometimes ends up dominating our lives is worry. Worrying is one of those elements of life that can send us into an anxious state of existence and lead to significant stress if not alleviated soon enough. The good news is that worrying is something self-inflicted that can be changed by altering how we react to an action or situation.

According to a Boston University study, “children of centenarians (people who live to be 100)—who usually inherit both longevity and personality traits from their parents—are on average more outgoing, agreeable, and less neurotic.” By being less neurotic, these individuals are able to manage and alleviate stress and anxiety more readily. What’s more is that each one of us has the power within us to react to an action or situation in whatever way we wish.

The choosing of worry and anxiety as being our reaction can come at first as a habit or impulse, but given the amazing property of the brain’s neuroplasticity, such impulses can be modified to first use reason and rationality before an emotional response is dialed and locked into. If you lose your car keys for instance, do not let worry engulf your mind. With the mind clouded by such emotions, the anxiety will only build and the recollection as to where the keys may be may become more difficult. If it helps, stop and take some deep breaths first.

Remember, the power to control how we react to any given situation is within our hands. Happiness is a choice at first that becomes a part of who we are after time (this is what we mean by conscious and intentional evolution). We have the potential to be in ever-present happiness. The choice is ours.

More great news comes from the Journal of Consumer Research which published a study where it was found that low self-esteem and materialism are two sides of the same coin. Of course this may seem obvious to some, but it helps to go a bit more in-depth with this finding. The relationship is causal in nature, which leaves no doubt that there is a direct connection between the two.

Experiences, such as meeting new people and doing occasional “spring cleanings” of one’s living spaces and environment can elevate one’s self-esteem and decrease the level of materialism felt by someone. Again, like with the previous elements we talked about the power is within us to make this change within our lives. We have to have the will and determination to create this change within us. Higher self-esteem means a higher level of happiness that will ultimately be felt by the transpersonal consciousness of humanity.

True happiness is like an ecstatic sensation permeating your entire being. Thanks to the reality of interconnected oneness this happiness can be felt by all of humanity. Be happy, just try. A study published in the British Medical Journal has found that happiness is “contagious”. Their statistics claim that “Knowing someone who is happy makes you 15.3% more likely to be happy yourself, the study found. A happy friend of a friend increases your odds of happiness by 9.8%, and even your neighbor’s sister’s friend can give you a 5.6% boost.”

The feelings and emotions that we feel on a daily basis have effects that extend beyond the self, but also affect others as well. The opposite is true as well. If others are experiencing elevated states of consciousness, they too are experienced and felt by us, even if in a small way. The feelings of one, have the ability to become the feelings of all, even if in minute amount.

Map out your own destiny by being in control of your emotions and environment as best as you’re able to, for the benefit not only to yourselves but to everyone in our human famly.

Although the media conglomerates may focus on wanton carnage, chaos, and destruction, data released from the World Values Survey has discovered that the level of happiness is rising all around the world. The data comes from surveys taken in 1981-2007 that show the happiness index rose in an overwhelming majority of the nations that were studied.