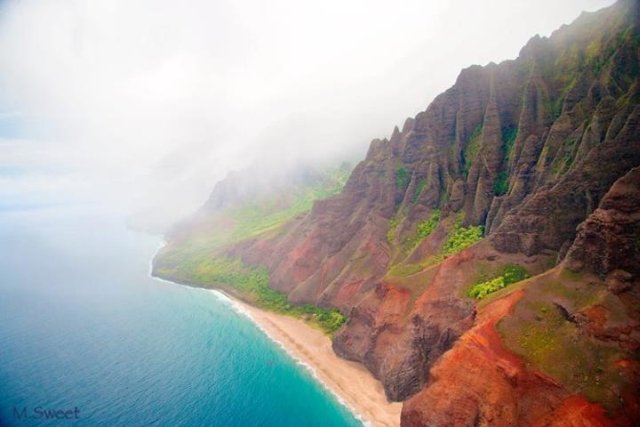 A long time ago, Hawaii was a mystical and magical place (and still is today in many ways). What made Hawaii especially magical in ages past was that there were shamans called kahunas that lived on its emerald islands. These individuals experienced true nature of Reality, in which they realized several critical defining aspects of reality that were later taught to others in order to guide humanity towards a full Self-realized state of existence.

In the early 20th century, with the rise of New Thought, there was an individual by the name of Max Long who linked the ancient kahunas to abstract and mystical metaphysics he was contemplating upon. He believed the key to Huna is the concept of the ‘ Three Selves’, meaning the unconscious, conscious, and superconscious, which he called the unihipili, the uhane and the aumakua.  Also, the word Huna is a Hawaiian word meaning “secret,” but it also refers to the esoteric wisdom of Polynesia.

IKE — the world is what you think it is

This principle is essentially saying that our consciousness creates our reality. Our perception of reality is subjective and does not necessarily reflect the true objective reality, if such a reality should even exist. If someone thinks the world is full of deception, evil, and hatred, they will only focus their awareness on such matters and become completely blind to anything otherwise that would contradict this perception. Each one of us has the inherent power to transform our reality in any way we see fit. This power has the ability to transform not only one’s self, but all those around them.

KALA — there are no limits

In an infinite reality, there is no beginning or end of anything, which signifies the limitless nature of all that is. Anything is possible and self-growth is likewise infinite. There is always a process of be-ing and become-ing. With no limits, anything that is infinitely possible, can happen, is happening, and will happen, in its infinite forms. This is a concept that is simply too magnificent to be able to comprehend by a human brain.

Where someone focuses their attention, that is where an directed energy stream will go. This is how the healing method of reiki works and how the method of prayer works as well. When someone directs their thoughts towards a particular form of sentient energy, such as a loved one, this additional energy will be either in a positive form or a negative form. Depending whether the thought-forms are malevolent or benevolent, the end-result will be mimicked.

Sending positive energy and healing hope will have a beneficial effect. If the contrary is occurring, the opposite will result. This can be magnified to show its effects on global consciousness. If positive thoughts are sent into the global consciousness, then there will be less animosity, hatred, anger, and other malevolent emotions. This was demonstrated to be a reality in the 1987 Harmonic Convergence.

MANA WA — now is the moment of power

The power of ‘now’ is monumental. Existing and living the present moment does away with the stress of thinking about ‘what-if’ scenarios or reliving painful memories in an endless loop. All that is, is, and always will be as such. There will be complete inner peace when someone lives in the ‘now’ moment.

ALOHA — to love is to be happy with

Love is such a powerful state of consciousness. When love is experienced, it is a feeling that requires something to be happy about. It can be a physical manifestation of energy such as a person, tree, etc. or it may be completely subtle and nonphysical such as the love for existence. This requirement of having something else be a part of the love equation, demonstrates the interconnectedness with all that is, in all its varying frequencies and energy forms.

MANA — all power comes from within

The individual is the greatest power plant that exists. The mind is more powerful than it is often given credit for. With the power to create, destroy, restore, shift, and change, anything is truly possible for a person to do. Realizing the inner power that each individual has will empower that person to not only completely control their being, but will give one’s self the opportunity to share this power with others and create mutually beneficial exchange relationships.

PONO — effectiveness is the measure of truth

The seven Huna principles are a great introduction to the power of consciousness and should be able to transform your daily life into something far more empowering and positive on many levels. There’s such tremendous potential for each of us to make a difference not only in their own lives, but in the lives of every other person on the one planet we all share.

The power is all within you. Express it, with love.