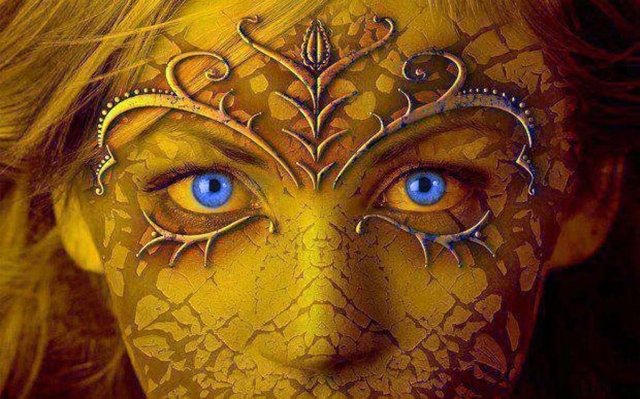 There is a profound shift in consciousness occurring. This shift is part of the intentional evolution of human consciousness by members of the human race far and wide across this planet we call Earth. By being mindful of our thoughts, we are able to shape our reality in a number of different ways.

The Buddha said that “we are what we think. All that we are arises with our thoughts. With our thoughts, we make the world.” Such statements reflect the reality of focused and intentional thoughts shaping the reality in which we find ourselves in on a daily basis. They display the power of our consciousness in the assisting in the overall evolution of the transpersonal consciousness of humanity.

When the Buddha also stated that everything that we are is the result of the thought-forms we have created and projected, one thing he showed us was that we have the ability to continue our evolution, both personal and transpersonal, until we become fully enlightened and Self-realized. By being mindful of what thought-forms we create, we are able to become an integral part of the evolution of the interconnected transpersonal consciousness of humanity.

Every manifestation of the Infinite Sea that comprises the totality of reality goes through its evolutionary process. In the domain of human consciousness, there is an evolution that can be seen as well. One must only compare the human being from 10,000 years ago (from limited archeological records) with the human being today and see that the higher levels of consciousness, which became accessible after basic physiological and psychological needs were satisfied, were being experienced more and more as the human race moved into the future.

Higher states of consciousness that had interconnectedness and oneness as their base are being experienced by more people, more frequently, and more intensely than in times past. With the consciousness revolution of the 1960s being a sort of quantum leap in this evolution of human consciousness, we have been able to make incredible strides towards the fulfilling of a supramental transformation of humanity.

The heart feelings of happiness, empathy, and compassion are enhanced in many ways. One of these is through practices such as meditation that connect us to something greater than ourselves. Another is the heart connection with others, close friendships within and outside the family. Yet another is the gathering with others with relative frequency for uplifting purposes such as social causes. Living a heart-centered life helps with the shift in consciousness necessary for the conscious and intentional evolution of human consciousness, as a whole.

As the shift continues and people experience greater stress, over-stimulation, overload, stress-induced physical and mental health problems, the importance of a shift toward heart-based living increases. One could say that given the brilliance of Reality, the framework mechanisms for the evolution of the various manifestations of Consciousness created themselves in such a way that the aspects of reality known as interconnectedness and oneness were stressed as being of the utmost importance, for the good of the Supermind as a whole.

With high importance placed on these elements of Reality, it was as if a direction was installed into the evolutionary processes towards expressions of consciousness that underlined and stressed the importance of them. This direction is the heart-centered approach to life.

The heart-based way of living takes into account that all is One and that subsequently we are One. This interconnected aspect of consciousness increases the feelings of empathy, compassion, and love among humans part of this consciousness matrix. It was mentioned earlier that it seems as if the process of evolution itself, initiated and formulated by whatever mechanisms of Reality began it all, are focused and directed towards strengthening and intensifying the aspects of reality we have come to know as interconnectedness and oneness. Evidence of this can be seen in many places. One such place is in the sphere of incoherence and coherence.

Incoherence, such as when a person feels stress, overwhelm, anxiety, uncertainty and fear, generates chaotic and incoherent signals in the heart that go to the brain/mind and trigger stressful responses. The heart and brain fall out of alignment and as a result the solutions to personal or world problems are not readily found. In the dense dimensions, these negative emotions are registered in the heart and brain’s electromagnetic fields and generate a global stress and incoherence wave that radiates outward into those around us and to those all over the world.

Stress and incoherence are intensified by catalysts such as instant mass media reports of negative situations such as natural disasters, social upheaval, economic turmoil, etc. Incoherence brings about negative results and because of this, demonstrates that the opposite, that being coherence, is what the process of consciousness evolution prefers, and indeed this is seen to be so.

When a person feels genuine hope, care and compassion, his or her heart sends out harmonious and coherent signals to the brain/mind, replacing feelings of separateness and solitude with a sense of connectedness and oneness. The heart and brain are aligned and in sync. There is harmony. The higher cortical functions are enhanced, facilitating objective, sober assessment and intuitive perception. A person is able to perceive more wholeness, and solutions to problems become more apparent.

On a collective level, positive emotions such as hope, will, care, compassion and appreciation generate a global coherence wave whose electromagnetic field goes out into those around us and all over the world. The intentional increasing of the heart-mind alignment and the focusing on a heart-centered way of life have the potential to create a global coherence wave to facilitate new solutions for the problems and issues that the world as a whole faces today.

There is an evolution of the global consciousness of humanity occurring as this is being written. Those things that bring us closer to realizing the intrinsically deep connection between all manifestations of Consciousness within reality are consequently the same things that nudge us forward, as a collective consciousness, towards a supramental transformation unlike any ever seen in human history.

A heart-based life with the projection and expression of positive emotions such as compassion, love, and empathy is a way of life that not only brings about more coherence within one’s life, but also one that brings humanity as a whole that farther down the road of a positively progressive evolution of consciousness. With the conscious and intentional evolution of human consciousness that comes about with a shift towards such a way of life, everybody wins. All benefit.

We are in this together and whatever one of us does, affects the other. It is in each one of our own best interests that everyone else makes the shift to such an approach to life. Do we wish to see a bright future or a kind of dystopia? The choice is ours. Live a heart-based life and see the vectors of human becoming flower into spectacular wonders.