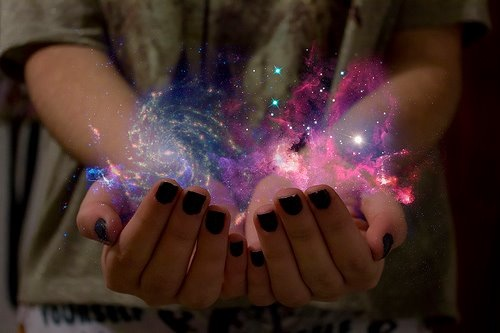 Humanity is at a crossroads where it will decide whether to move forward towards a bright future or whether it will choose to stay on the follow the old worldview and plunge into a dystopian darkness. Whichever path we choose at this ever-so-critical moment in human history, it will surely determine the fate of our species for a long time to come.

We only have to look to the so-called Dark Ages to see how such a decision steered humanity down a path that was unfavorable to progress and positive social transformation. Since our beliefs shape our reality, the world we see is heavily influenced by the current judgments, assumptions, and conclusions of the cultures and societies into which each of us was born in. The old assumptions concerning life, existence, reality, and everything inbetween are being questioned and invalidated with such high frequency, that it seems as if humanity is ready for a quantum leap into a brighter future, where unity, compassion, and reason overcome individualism, selfishness, and greed.

There is a shift in the perception as to what is important in life. This shift will be affecting our collective perceptions, beliefs, and actions relating to all aspects of life, some of which include health, spirituality, the environment, economics, science, and our sense of self. We only need to look to the rise in the popularity of eastern spirituality, environmentalism, quantum physics, respect for indigenous cultures, holistic medicine, the feminine archetype, non-profit organizations, and globalization to see that there indeed is a tremendous shift occurring.

Perception is reality and with the shift in our perception of reality humanity moves further and further away from materialism, reductionism, hierarchies, and an ego-dominated lifestyle towards spirituality, oneness, integration, and the interconnectedness of not only ourselves with each other, but with everything to everything else.

To further illustrate the defining aspects of the emerging worldview, which is occurring thanks to the progressive shift in human consciousness, a few of the dominant themes within this new domain will be put forward, as listed in the book Global Shift: How A New Worldview Is Transforming Humanity printed by a great organization looking forward into the future called the Institute of Noetic Sciences.

Living in a Conscious Universe

Humanity is perceiving the universe/multiverse as a conscious, creative, and evolving process rather than a purely static, mechanistic object. Every whole system in the universe, all the way from tiny atoms to immense galaxies, exhibits attributes of consciousness such as self-organization, coherence, and intentionality.

Existing in a Multidimensional Reality

Interconnection of All Minds

Though our minds appear to be separated by our individual bodies, they are, at depth, unified in a common, collective and transpersonal consciousness. This consciousness is not only shared by all humans, it is part of a larger matrix that includes the consciousness of the universe as a whole.

A Synthesis of Science and Spirituality

Though their methods and ultimate concerns differ, both science and religious belief systems seek, in their own ways, to reveal the “truth” about the life, existence, and the Universe. Science, relying on sensory experience, examines the objective, spatial universe. Spirituality, utilizing intuition and revelation, searches and dives into the depths of Reality’s interior, symbolic face.

Both sensory observation and intuitive modes of knowing have equal validity in humanity’s quest to understand Reality, though the sensory forms lend themselves more easily to replication and consensus.

Consciousness Has a Causal Influence

Consciousness has inherent properties, such as a capacity for self-organization, intentionality, and meaning, which cannot be explained in terms of the material laws and processes of the natural sciences. However, it has a causal influence on physical processes.

Ought reduces to is. Ethical behavior (what we ought to do) arises naturally from the acting out of personal authenticity and integrity, rather than from conformance to culturally imposed norms.

This list may seem progressive and emerging now but given the incredibly high degree of novelty occurring with each passing year, month, week, and day, it will see quite primitive and ancient in a generation or two. This is why any predictions occurring in the future of our timeline can only be approximate at best, given the current trends.

Although the more reductionist individuals in the world may see this list as unscientific at times, dismissing them as such generates a grave error in the understanding of it all. In its meaningful, symbolic, and creative aspects, Reality has a much grander scope than the current scientific understanding realizes.

With the positive shift in consciousness underway, there is a rise of an emerging worldview. This new perception of Reality will accommodate both the physical and the nonphysical aspects of All that Is. We will be that much closer to understanding what the Ultimate Reality exactly is. Something that only sages every now and then realized and experienced will be something everyone will become enlightened about. The Ultimate Reality is all-inclusive, ineffable, unimaginable, and beyond any and all dualities and distinctions that we can conjure up.

With the new emerging worldview, science and spirituality are both utilized together in order to come about with a complete understanding of Reality. It is of little surprise that there is a heightened interest in psychedelics, meditation, astral projection, and other technologies that assist in the nonphysical exploration and understand of Reality, since science has lacked in satisfying the desire for human beings to take “inner paths into outer space.”

The sooner we embrace the new unity-oriented worldview, the sooner we leave the current path of destruction we are on and stride down the path which ensures that not only do we as a species survive, but that we experience and realize the macrocosmic and transcendental aspects of existence.