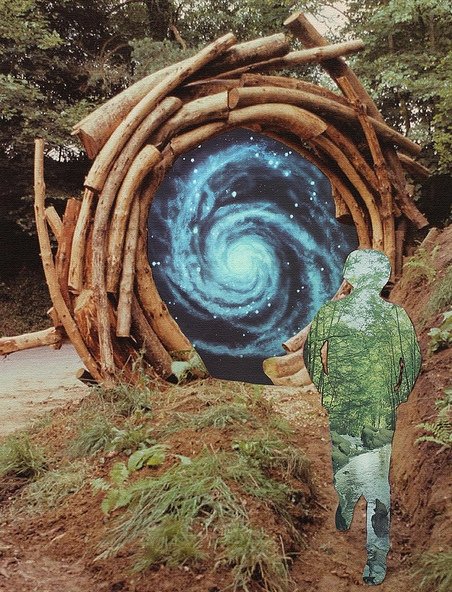 There is one truth that nobody can debate, and that is that we physically die at some point within the near future, relative to the life spans of everything else in the universe. However, it seems that many forget this fact of life and dedicate great amounts of time and energy towards icons, personalities, and ideas that are unconnected to their own day-to-day lives and do not matter in the grand scheme of things.

The intense (and sometimes violent) passion that sports fans experience as well as the immersion of oneself into the “sleazy” world of celebrities are some ways in which cultures and societies divert our thoughts away from things in life that matter the most. Things which directly affect us and make lasting impressions upon our beings. By creating illusory focus points within reality for the masses to lock their awareness into, culture and those who have enough power to dictate or influence it becomes a hindrance to one’s own personal self-growth and self-actualization.

Think about the massive quantities of time that people spend on these things which have no direct connection to their lives…all that time which could have been dedicated towards something a bit more constructive or positive in experiential existence.

Our culture is an artificially-created box in which a seemingly-endless number of things exist which attempt to entice an individual towards giving away massive amounts of his or her conscious lives towards the focusing in on trivialities or things which have no direct influence on his or her life and self-actualization. Terrence McKenna had mused on the same thought-form, which is that humanity seems to be imprisoned by its cultural programming. This programming is so intense and strong, that it seems to be the most imprisoning factor within our lives. Culture does indeed appear to be a mass hallucination.

There are numerous boundaries that exist within culture have been erected by groups or individuals within society that (either knowingly or unknowingly) helped hinder any progress being made in peoples’ self-growth, self-actualization, and/or Self-realization. Things such as sports rivalries, clothes styles and various types of class systems are just a few of the boundaries that had hardly had any useful place in reality because they did not exist prior to us creating them.

Only by complete boundary dissolution can we revert to a more pure form of experiential existence, where the focus of one’s self was on one’s personal growth and of others’. Boundary dissolution refers to deconstruction and dissolving of boundaries that have been created by humans and which have existed as long as the ego has influenced humanity.

The purpose of boundary dissolution is to do away with these falsehoods that separate humanity rather than uniting it. Societal boundaries and other boundaries based on the self-ish nature of the ego can be said to be the cause of many of society’s ills and problems.

With a good system come good results, and the results and outcomes of boundary dissolution indeed are many. You can try for yourself to see this as being a reality. Instead of giving into cultures’ aspects that are unhelpful in shifting your consciousness to a higher level, have the idea of oneness within your mind and immerse yourself in things that unite, rather than divide.

By doing away with the constructs that separate you from others or create any bit of hostility, hatred, or animosity between you and someone else and by letting go of the fear that hinders you from taking these actions, you will be freed from the overbearing grip of the ego. When you dissolve the boundaries that divide and separate you from others, you will have the ability to transform your world into one of serenity, tranquility, and peace. Oneness will not be just a philosophical or utopian concept but a reality that will be experienced by the totality of the human race.

We must always have hope that this will become a reality because the future is yet to be determined. Possibilities are endless.