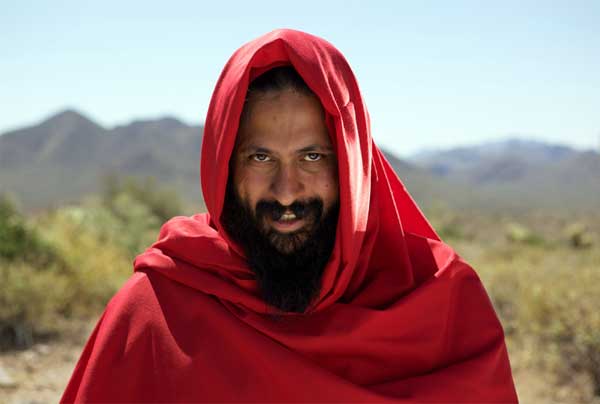 The old paradigm of life-controlling and mind-manipulating belief systems has left many to finally realize they have been living in an artificial reality created by egotistical people on power trips. This has led to a situation where many are wandering, trying to find their own way in a world without many true leaders. As a result of this, a new market has developed which attempts to showcase answers to these people who have become disillusioned with the old dogmatic systems. However, there are quite a few (an understatement) in this new domain of contemporary spiritual guidance that are taking outright advantage of people and creating circumstances that vary very little from the old paradigm, they simply polished it and gave the illusion that it’s something else.

There’s an influx of ‘enlightened masters of the universe’ pervading the spiritual sphere these days. Gurus and spiritual teachers are popping up left and right. Many of them seem to provide an easy way out of the voids many people feel they have within their lives and as a result these gurus and teachers make a ridiculously massive amount of money…even earning social ranks akin to being glamorous superstars.

Yes, it seems there are those within the spiritual arena who are looking at the qualitative aspects self-growth and seeing a marvelous money-making opportunity or a way to have incredible power over others; a pyramid scheme is sometimes then created and established. This is very dangerous in that it can negatively affect the perception of legitimacy of the entire spiritual community and all that it encompasses. True genuine spiritual teachers and self-growth coaches will be disregarded as just being false gurus giving out spiritual-sounding nonsense that lacks substance and is unhelpful for a person’s spiritual growth.

Being aware that there are such enlightenment pyramid schemes can help us steer away from the false gurus and seek out the genuine teachers that truly wish to help people and the global consciousness of humanity. It is admittedly difficult at times to see through the spiritual facade that some create as a front to hide their true nature and intentions, even moreso with teachers who were once very enlightening but the money and the fame got the best of them.

Having others do the work for us such as various guru rating services that exist today is dangerous as well since we are putting our faith in a complete stranger to pick out “authentic” and genuine spiritual teachers. It should be obvious that there can be plenty of deception, subjective bias, and decisions which are made without the raters being fully informed about a particular person in line for the golden star of approval.

Actions speak infinitely louder than words. Anyone can proclaim magnificent and wonderful things but do these words live up to how the person lives and expresses themselves in his or her daily lives? Perhaps the biggest problem that I have found is the issue of money. I have seen self-appointed gurus, spiritual teachers, and whatever other title they go under charging unbelievably large amounts of money for information, knowledge, or so-called higher wisdom, that is available to everyone (by looking to sages who charge reasonable amounts to support themselves or sometimes nothing and also looking within for the answers via meditation and other self-induced spiritual practices), as well as several money embezzlement cases.  If you’re paying someone $295 for a spiritual ’12 strand DNA activation’ (a dubious declaration to make) or a $15,000 mentorship program (yes, this is a real price) then you’ve likely been conned.

Those who have experienced the Ultimate/Absolute Reality don’t continuously boast about how they have achieved enlightenment and are better than others. They are in fact, quite humble (perhaps sometimes too humble, but humble they are). They understand that there is no benefit to themselves or their students to make such declarations based on the realizations they’ve had about Reality. There is no need to establish a hierarchical framework amongst teachers and students as we are all passengers on the same train, separated only slightly in that we sometimes sit in different train cars. We are all going the same direction, ultimately.

Another sign of a con-man in guru’s clothing is whether the person is able to take criticism or not. Those who are not genuine spiritual teachers will get offended and defensive over criticisms made towards them instead of looking inward and taking into consideration what those criticisms are (nobody is perfect, after all). How dare an unenlightened mortal criticize them! I have even seen the sad situation of lawsuits being made by these so-called enlightened masters against people who had the ‘nerve’ to point out something they feel was incorrect, deceptive, harmful, etc.

Overly Focused on the End Goal

Beware of hypocrites! This is perhaps one of the simplest methods of weeding out spiritual “snake-oil salesmen”. Look if they practice what they preach. If they teach about how you should meditate daily to promote your spiritual growth, do they meditate daily? Are they leading by example? When they talk about radiating love and your inner light and all that is beautiful, are they doing so themselves? Nobody likes a hypocrite, especially if that hypocrite is promising spiritual enlightenment. ‘Do as I say not as I do’ shouldn’t be an excuse for a teacher to be hypocritical.

One especially important aspect of a guru or spiritual teacher that we should look into is their investment in the material aspects of life. Are they displaying behavior that is indicative of being a neophyte on the spiritual path? Do they overly focus on money, sex, and power? A dynamic Taoist-like balance is a necessity for a balanced life but when dependence and abuse start to emerge and creep into the mind then there is a problem.

about something that’s especially become more of an issue in recent years and is worth becoming more aware about for anyone on the path to self-realization and enlightenment. The increased focus on spiritual materialism is problematic. All the courses, teachings, books, and workshops that focus on using the Law of Attraction to bring us riches and worldly abundance hold materialist desires at their core, and do not reflect actual messages of spiritual growth.

Although spiritual growth and self-actualization can lead to like attracting like because of the immense positivity we project outward, attracting riches is not the purpose of attaining these mind states. These messages that use the dynamics of attraction are not bad in and of themselves, but when they are misrepresented as being a path towards higher spirituality, then that is when we should be cautious of proceeding further. Do not become lost in the illusion that faux spirituality creates.

Promising a Fast Path to Self-Realization

There is nothing directly bad with spiritual workshops themselves, but when you see a spiritual teacher giving a spiritual course that’s several hundred or thousand dollars and lasts several days or even weeks do not expect to reach enlightenment just by completing such a workshop. Yes, we all live busy lives and feel as if we do not have enough time to dedicate towards our spiritual growth, but let’s be realistic: it is highly unlikely you will become fully self-realized in 3 weeks on a retreat in Bali.

The processes of spiritual growth, self-actualization, self-realization, and enlightenment can take years or an entire lifetime (some even say multiple lifetimes). It’s said that there is only one person in recorded history that attained enlightenment in one lifetime (Milerapa) and the way he attained the enlightened state was highly unorthodox, to put it lightly. We would all like to believe that there is a fast lane to these things, but this is not the case. Of course, there are always exceptions and some reach the mountain’s summit faster than others, but as a whole, it is a process that includes much dedication and time.

These are several ways in which you can spot a false guru, spiritual teacher, or other peddler of faux spirituality. In this day and age where there are thousands of so-called gurus, we have to be careful who we choose to listen to because if we make the mistake of following someone who is ego-centered in their true intentions, then we will lose time, money, and opportunity costs (among other things).

It is my hope that this article can help in discerning between the genuine teacher that wishes nothing more than to help others become self-realized and experience spiritual bliss and those who proclaim they will do these things for you, but in reality are just emptying your bank account. Be mindful of who you decide to listen to and follow, and you will be thankful you spent some time to discern between those who are looking out for others and those who are looking out for themselves.