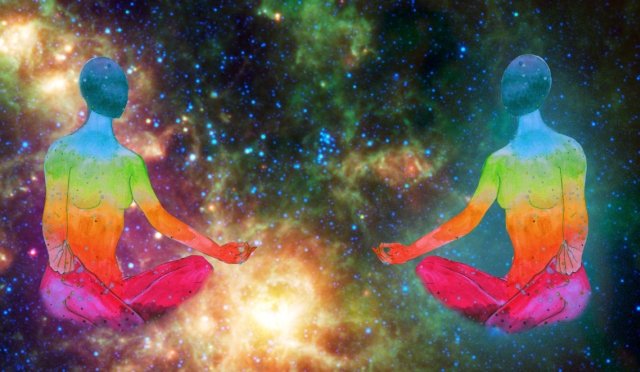 Humanity is now in a period where it faces several serious threats to its survival and conscious evolution. The disconnect that is experienced by many because of the stranglehold that the concept of money has on them is one of the primary drivers of this disconnect to the interconnected aspect of human consciousness. There is no effect without a cause. Everything affects everything else. There are connections among all manifestations of consciousness, whether it be the connection between the sun and the earth via magnetic portals or between people no matter how far apart they may be separated.

A transpersonal connection is a non-local one. Something transpersonal transcends or reaches beyond the personal or individual. It deals with embracing all the aspects of ‘you’, facilitating the transformation of the personal you and allowing you to see the greater wholeness, not only of you, but of humanity and beyond.

The evidence for such a transpersonal reality, which comes in through many avenues such as anthropology, archeology and laboratory studies, demonstrates the reality of transpersonal connections between individuals and entire cultures. While indigenous peoples and those who maintain a sense of connection with the earth and their environment still experience the transpersonal nature of consciousness intimately, others are not as fortunate given the wide array of activities, perceptions, and technologies that enforce the illusory veil of separateness.

It can be said that modern society has lost access to transpersonal awareness but has not lost the ability to do so, which gives us enormous hope, both individually and collectively. Under the proper conditions though, most individuals are able to become aware of the somewhat vague but meaningful images, intuitions, and feelings that come to them from the environment and from others. We can see this happening with greater frequency, which is definitely reassuring.

There are many interesting aspects of these transpersonal connections that we all share. Beyond the capability of being able to contact and communicate between the consciousness of one another, repeatable and measurable effects can be also be transmitted from the consciousness of one person to the body of another. In one particular piece of research that has demonstrated this reality, it was discovered that the thoughts of a healer (such as a shaman) are mimicked in the patient…almost as if they were both right next to each other, no matter how far apart they may be in reality.

In non-locality, distance is essentially meaningless. Mental images from the sender could travel through ‘space’ to cause changes in the physiology of the receiver, wherever they may be. This can be described as being a telesomatic connection and has been verified by the most progressive scientific studies as being something very real.

Contrary to what may be perceived as being true by some, we can now understand what processes are underlying the non-local coherence of the human body and all forms of life, the quantum, and also the universe as a whole. A proposed theory by evolutionarily revolutionary thinker Dr. Ervin Laszlo uses something known as the Akashic Field, or A-Field for short, in order to explain how the transpersonal nature of consciousness is possible. It can explain the non-locality of even the smallest measurable units of the multiverse as well as its largest manifestations within it.

This A-Field can explain the coherence of living organisms and their coherence with the environment in which they live and evolve. It can also explain the coherence of the human brain (and it’s associated consciousness) in regard to the brain and consciousness of others…even the world as a whole. Lastly, it can explain why the physical parameters and configurations of the universe are so finely adjusted that consciousness can manifest itself into sentient living organisms and develop such advanced things as culture and philosophy.

Each of us contains the information about the entire universe and all of existence, has potential experiential access to all its parts, and in a sense is the whole cosmic network, as much aswe are just an infinitesimal part of it. Lift the veil of separation and become aware of the reality that everything is connected and one. Do it for yourself, do it for humanity.