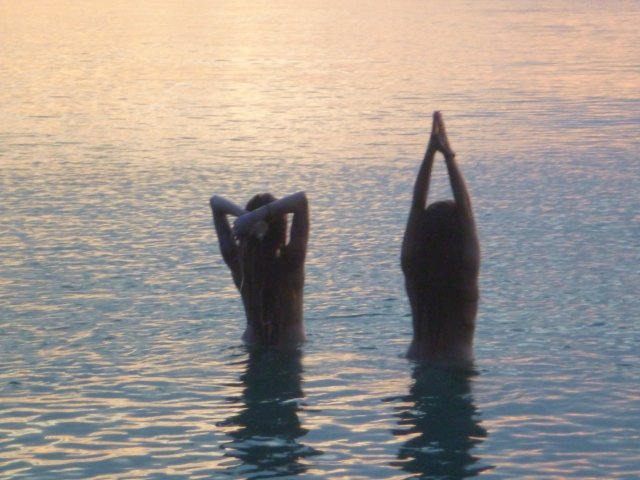 Many souls around the world today are still living much of their daily lives within the consciousness state of fear. By existing within this state of mind they are putting up an impenetrable boundary between themselves and their own self-actualization. It’s sad thing to see but it’s a reality that can been seen all around us. Many systems (various social, political, religious, and others) within society perpetuate the energy of fear within the minds of people and such systems will continue as long as the consciousness of courage does not exist within those individuals.

By having courage they will be able to stop experiencing the fear being perpetuated by those systems and take off the illusory shackles imposed on them. The transition from fear to courage is a very big step and often requires much effort and energy, but it is entirely possible with a little determination and perhaps some external support. Not only is it beneficial for ourselves but also for society as a whole. The less power that the systems within our cultures and societies have through their use of fear, the quicker they will disappear into the sands of time and liberate consciousness wherever it may be imprisoned.

Fear limits the growth of our personality and inevitably leads to a nature of inhibition and repression. It takes a bit of energy to transcend this level of consciousness, which is why we see so often that some people gravitate towards those who seem to have conquered fear and who offer to lead them out of the slavery that it holds. Unfortunately, these individuals whom they are attracted to are many times oppressive totalitarian leaders who take advantage of those who follow this logic. It is unfortunate, but the subjective consciousness state of fear is a limiting, prevailing, and habitual state of expectancy that can be projected onto essentially any and all aspects of one’s life. Stress becomes the primary byproduct of the fear and creates its own problems as well, which are too many to mention here.

As mentioned earlier, the perpetuation of fear will be stopped in its tracks once a person embodies the consciousness of courage. Courage allows for exploration and accomplishment thanks to a person’s position of awareness focused on seeing life as being exciting, stimulating, and challenging. Progress occurs when courage is emboldened.

There is a passionate willingness to experience wonderful things that have not been explored before. Fear will been faced head-first thanks to a significantly-higher level of energy and any previous hindrances are gone. Self-esteem will go through the roof because there is a sense of “I can do this” which becomes progressively self-reinforcing. Productivity soars to new heights.

Thanks to having courage, there is enhanced confidence that one feels within their being. There is an empowerment of the self, thanks to the realization that a person is not dependent on external factors. Everything that one ever needed has been within his or herself the whole time. Freedom is finally experienced as the shackles of fear are taken off and thrown away.

The significant shift from fear to courage allows for a person to now be able to realize and work on manifesting his or her inner potential. This potential can be aligned with one’s sense of an overall mission or goal in life that will be the primary focus from then on out. Pursuing our life goals would not be possible if we had a consciousness of fear since it would inhibit any action towards manifesting such goals.

With courage, our overall level of happiness grows immensely and everything is seen in a more positive light. People are perceived as being more friendly, societal problems are not seen as hopeless as they used to be, and many other positions of awareness are shifted. The evolution of consciousness from fear to courage can change our lives in such a dramatic way that we’d feel we’re living in a different reality than before.


There is perhaps one factor that is more important to be mindful of beyond all others which has to be realized if we wish to make the transition from having fear to having courage: accepting personal responsibility. This critical action is a requisite for the shift from fear to courage and requires that a person gets rid of the idea that he or she is a victim of a perpetrator.

All social belief systems that are based on the suppositions of blame and excuses have to be transcended so that we can shift away from fear. None of this is easy since courage requires a higher input of energy than fear below it does. However, whether it is through the inner determination of oneself or the outer support of others, this critical transition is certainly an obtainable reality.

Understanding the differences between these two sates of consciousness is important to know before the process can begin so that we know what we’re working with. It can take a day or it can take a lifetime, but whatever the pace may be, once it occurs, the sense of self-empowerment can be the satisfaction one has always felt was needed in order to accomplish a most-fundamental self-realization.