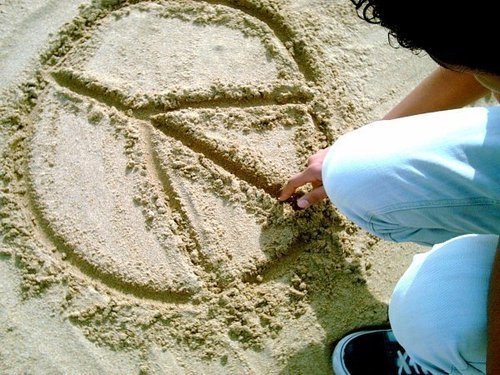 Everywhere you look, you can see things are changing….the world itself is changing. Every aspect of the human experience on this blue marble we call Earth is transforming into something both novel and ancient. The universe, or should we say Reality, is in a constant state of flux…a continuous state of be-ing and become-ing. Permanence is relative. Even the seemingly eternal aspects of our universe such as the stars will at some point be disappear, leaving behind only their transformed energy that will have become the building blocks for something else, something new.

Existence is not static. The very nature of life is that it is an experiential experience that is continuously shifting, transforming, and evolving. Our very lives have been going through this process of being and becoming since time immemorial, yet there is a sense by many that our lives, our world, and everything else we can conjure up into the forefront of our consciousness is changing even more than it ever has (with a great deal of evidence showing that this is true).

What is going on? Why the accelerated rate of change? There seem to be many explanations put forward as to what exactly is going on. One thing is known for sure: something is happening that cannot be compared to anything else within recorded history on this planet. Never before has the human collective been so connected as it is now thanks to the discovery of electricity (and subsequently the invention of the internet). Never before has there been a time when humans lived through a period of cataclysmic environmental changes as are occurring now. Never before has there been a species on this planet that has had the power to destroy all life as we know it on our only known habitable home in the vastness of space. So much is culminating at this moment in ‘time’.

The acceleration of everything and the increasing vibratory rate of our known world is changing at such a fast pace that there exists the unfortunate reality that many will not make it. There will be many who will not be able to taste the knowing of the Infinite Unknowing. This is a tragedy in many ways, but it is not something that should pull us down into the depths of hopelessness. The more people that raise their own consciousness towards the unity-oriented domain of be-ing and away from the self-centered modus operandi, the greater the number of souls that will be able to survive the shift….these are the birth pangs of a new humanity.

We are all in this together. It is in many ways an obligation that we have to try and help as many people as possible to experience this shift in consciousness and have the realization that we are all interconnected. Everyone and everything is part of a highly elaborate and intricate matrix of consciousness. It does not matter how great or small an aspect of Reality is within this seemingly-infinite matrix of Reality…everyone and everything affects everyone and everything else. This is something that must be realized before the shift can be made. Society as a whole needs to understand that separateness is an illusion.

There is nothing that is solitary and outside of being affected by anyone or anything else. This is precisely why through eons and eons of introspection, meditation, spiritual transcendence and mystical epiphanies every major belief system that humans have conjured up on this planet has reached the same realization….everything is connected. The Golden Rule is the all-encompassing umbrella under which this profound and elementary existential realization resides under. What we do to one another, we ultimately are doing to ourselves…is it not in all our best interests to radiate positivity rather than negativity then? Of course it is.

There seems to be little time left before our fate is sealed by the result of our own actions. It is high time that we all stop being preoccupied by our superficial differences and become co-creators of a new world, a new humanity, and a new society that is aware of our place in this vast unified field of Everything and act accordingly…with peace, love, unity, and respect for ourselves and for all others as well.

The world is our mirror; it is a reflection of who and what we are. Why be apathetic about the state of affairs in the world? Nothing will change unless we initiate that change. Once the change sequence is launched, a critical mass wlll be reached and after that there will be no stopping the massive paradigm shift.

Just look around you and see how terrible the state of things is for the human collective experience on this planet in some ways. There has never been a worse time to be apathetic than now because there is a very real chance that many of us will not even get to live to see natural old age as in generations past given all that is going on. Things like the Fukushima nuclear meltdown should be a cause for grave alarm.

A spirit of action must fill us up and excite us to become catalysts for change and trailblazers towards a future that we ourselves will have defined. Help create the paradigm shift in any way you feel your skills, talents, and abilities allow you to. Help shift the collective consciousness to being unity-oriented using all the tools at your disposal.

Change comes from within and expands outward. Be the change that you not only wish to see in yourself, but also in everyone else. Time is running out…take the initiative and help ensure that collectively we not only survive but also transcend from the old paradigms and become a consciously-evolved humanity that knows no hostility towards its own species, knows no ego-maniacal obsessions for power and dominion, and knows no greed to take something from another to fulfill its own desires. The future is ours.