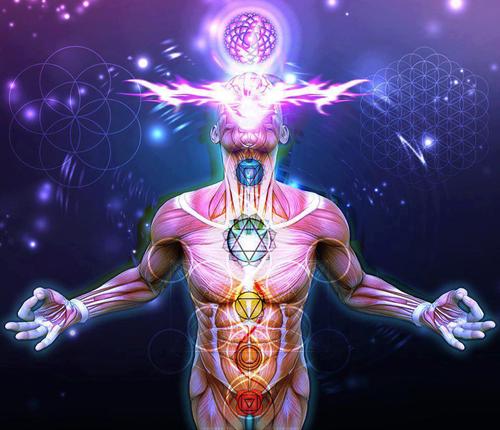 Many of us don’t realize that the question “Who am I?” is a much more difficult one that we put ourselves on to believe. The ego, the “I” or self that we feel we are, is largely a figment of our self-created reality. Ultimately, our true self is not the ego which feels it is separate from others, but a part of the undivided Whole that has the same spark of infinite love that is within everyone, even if it seems sometimes that this is not the case.

The ego can become so incredibly empowered at times that we may fall into the trap of believing that it is the real and genuine “I” that we should associated our awareness with. If we have such a belief we will be unable to become fully self-realized and live a completely liberated life that is guided by love. When we directly experience and are aware of the true Self, we find ourselves being aware of the reality that we are water drops from an Infinite Sea.

The ego is unreal in a way. We create it in order to cope with our social interactions. The ego is a false center, a smokescreen, and a barrier to the true Self. It’s what gets in the way of experiencing unconditional love. It’s what gets in the way of directly experiencing the source of reality. It’s the deeply-buried but always-present intuition that we are the center of the universe/everything that gives rise to feelings and beliefs in our uniqueness and specialness. What we see ourselves as being, which is a perception that stems from our time-and-sense-bound consciousness is ultimately unreal.

All of our self-limiting activities grow out of this false picture of ourselves and because of this we conjure up an idea of a dualistic world of self and other, of things separated and isolated, of pain and struggle, birth and death, killing and being killed, etc etc etc. This picture of reality that we paint for ourselves is untrue because it’s not seeing reality for the way it truly is. A good analogy for this is that it’s like looking at the tip of an iceberg above the water and refusing to acknowledge the most of it is still underneath the water.

If we could see beyond the continuously-changing forms into the primary Reality, we would realize that fundamentally there is nothing but harmony and unity and that this perfection is no different from the phenomenal world of continuous change and transformation.

I’m not saying that the ego is inherently “wrong” to posses (we all possess it, after all). It can be likened to a tool that we have and can use and just like with any tool, if you don’t have it under control, it carries with it the potential to become dangerous, and cause you and others a great deal of harm, pain, and suffering. This is why I used the term ego minimization.

As you transcend lower levels of consciousness that are firmly rooted within the domain of the ego, you become less and less prone to falling into the grip of the ego and letting it sway you every which way it pleases. Through ego minimization, we are able to become Self-Realized and directly experience the true nature of who we are. The question of “Who am I?” becomes a much easier question to answer.

Self-Realization in its fundamental and most elementary meaning is the direct experience and awareness of the true Self (that luminous spark of the source of all that is that is all that is within itself). The higher Self is often masked by the false self, which by now you probably see is the ego. Both transpersonal psychology and psychosynthesis explore and unravel the nature of self-realization. In Hinduism, it refers to the experiencing the reality that one’s higher Self is a mirror image and spark of the the Source or ultimate reality. By becoming fully Self-Realized, enlightenment becomes within our grasp for being a state of existence we can finally attain.

So how can we get from an ego-dominated life to a self-realized one filled with harmony and unity? There’s many ways to go about it. Some ways are the following:

This is by no means an exhaustive list but simply a list of ways that have helped me in my own Self-Realization. In this day and age where the youth see a lack of true leaders to help them in their quest to answer the age-old question of “Who am I?” many turn to psychedelics in order to peel away the thick layers of false-self that the ego has hidden our true Self under. Although enlightenment doesn’t come on a piece of paper, a pill, or a sugar cube, it still is precisely what some who are now Self-Realized attribute their eventual Self-Realization, enlightenment and spiritual awakening to. Attachment to the technology that opened the door for us must too be left behind if long-standing Self-Realization and enlightenment are our goals.

Whatever methods you use for minimizing the ego and becoming Self-Realized it is ultimately the end-result that truly matters, not the path in which one took to get to it. Pay attention to how your ego is controlling your thoughts and actions so that you can reduce its grasp on your life. After identifying how its affecting you, you can minimize its influence on your being, paving the way to attaining an almost blissful enlightenment state of becoming Self-Realized. If you truly wish to become enlightened, Self-Realization is a fundamental step that must be taken towards attaining that blissful state of pure be-ing. Are you ready to peel away the layers of illusion?