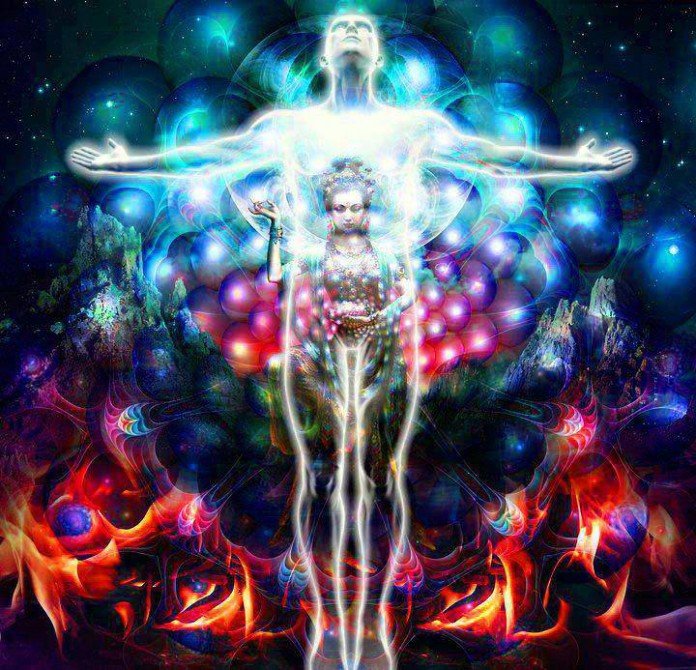 “Man is born free, and everywhere he is in chains. One man thinks himself the master of others, but remains more of a slave than they are.”

Although Rousseau was mainly referring to human society as a whole, even 250 years ago he understood that humanity can upgrade itself and live in a golden age by returning to nature and living a balanced life at peace with ourselves and each other. It’s almost hard to believe that, as a result of the ego (something that isn’t even fundamentally real), we can come to a point in our timeline where there is a probable possibility of species self-annihilation, whether by accident or by focused intention by the the most megalomaniacal of minds within our human collective. It’s is a very dangerous way to live and leaves the uncertainty of a bright future, if a future at all, at unsettling heights.

It’s time to finally come to terms with how big of a role the human ego plays in all the social and political issues we see all around us and that affect our daily lives. Putting band-aids on the symptoms will not cure the very deep causes of those symptoms.

Thanks to some wonderful luminaries of humanity, we can upgrade our understanding of what ego is from the rather simplistic Freudian view to a model that allows for more complexity. After all, the universe/multiverse as we understand it, is infinite in nature. Within this infinite reality time is irrelevant…the creation of a highly complex non-entity structure-process that has an illusion-generating nature is not an impossibility. The growth, metamorphosis, and transformation of the energy of Infinity can concoct aspects of Reality (algae, poetry, entheogens, lacrosse, etc.), one of them being of such a high level of sophistication that it has influenced the sentient life cycles of entire species like the human race.

Yes, rather than being an actual entity, the ego is a structure-process that has an illusion-generating nature…something that has been backed by not only thousands of years of personal and direct experiences & eastern philosophies, but also by the study of the nature of Reality and its various aspects through quantum physics and other forward-thinking sciences. Having the understanding of what the ego is in this expanded view can help us understand that whenever the ego exists, we exist in a state of confused perception thanks to the generated illusions it creates. This is why activities such as meditation are helpful in the minimization of the ego’s influence over our lives.

The powerful emotions of anger, fear, envy, and others can be seen as if they were mechanically following tiny signals…as if there was a switch that was pressed. The illusion is that we are seeing something that is an actual experience within an objective reality. However, the fact is that it is mostly a replay of past experience that is modified a little to fit present circumstances. This replay is recorded again in order to add to the previous memory, which ingrains things even deeper, leading us to have a greater conviction in its real-ness.

The more we experience in this way, the deeper we get stuck in the illusion. This entire time, we stay in a state of confusion where we think that we are basing our actions on experience itself. The delusional ego has made us prisoners of something that isn’t even real.

Take a look at how prevalent this is in older individuals. The older a person gets, the more ‘experienced’ he or she is in this illusion that has essentially entrained the brain to think a certain way. The older a person is, the more sure he or she is that they “know” what they’re doing, making it very difficult for them to think differently or delineate from the path the illusion has trained them to go down. The essence of such a person’s life is now made up of a series of illusions.

Wouldn’t you like to be in control of your own life and not have it controlled by something that isn’t even intrinsically real in the first place? You can and you will…if you can over come the great obstacle of fear. This incredibly powerful tool of the ego is a reflex that is set in movement when something that’s identified as very necessary is seen as being threatened. This reflex of fear causes a person to find every possible way of protecting what is felt as being necessary, or it failing this, to create illusions of escape from the approaching danger. In the strong words of physicist David Bohm, “fear confuses, corrodes, and corrupts the mind.”