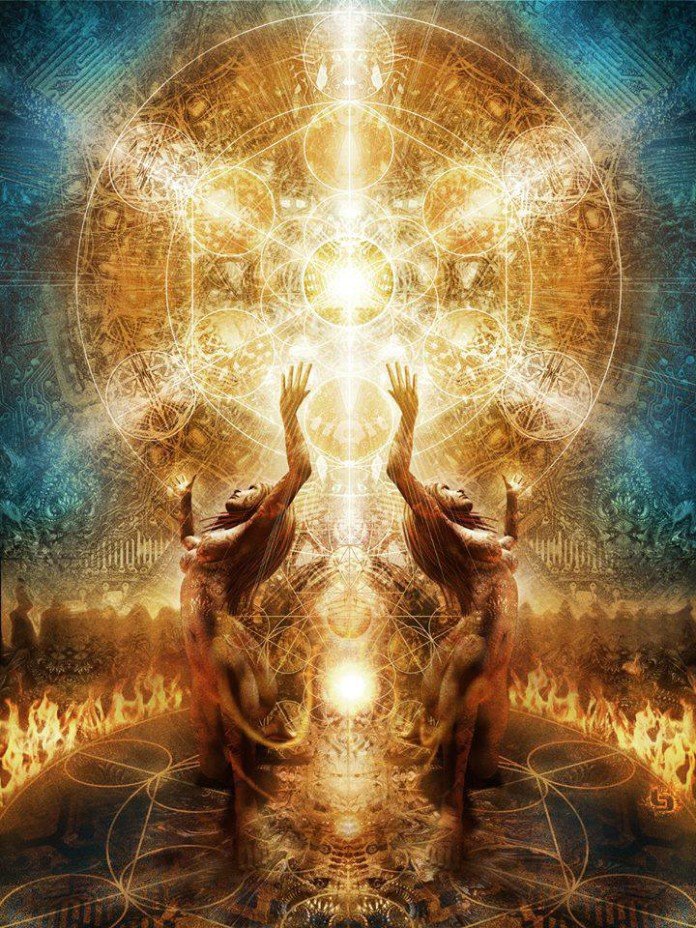 Something incredible strange happened at the US Republican Party South Carolina debate on January 16th, 2012…the Golden Rule was vehemently booed. In a display of being as opposed as one can possibly be to the central teaching in essentially every major ancient and modern belief system, a sizable amount of the audience at what one would expect to be a civil debate over issues that affect the real livelihoods of millions of people had reacted in a sociopathic way that has the potential to lead to species self-annihilation.

It is always saddening to see people become so far removed from their alignment with truth and reality yet there is always hope that even such individuals that seem to lack the basic human feeling of empathy, as research has shown that even psychopaths can be helped to deviate from a behavior that is destructive to the interconnected whole that is the collective transpersonal consciousness.

The concept of Oneness and being One with everyone and everything is not a new concept at all. It is probably actually the underlying concept of all major belief systems that has survived to this day. This concept is something that has in recent times been dubbed The Golden Rule which expresses that we are to treat others as we would like them to treat us because we are all part of the same Whole and any one thing we do to someone else, we are doing to ourselves. This is where global consciousness becomes a relevant topic, which is the idea that each one of the 7 billion individual brains that have consciousness are in fact, One collective consciousness.

Those individuals in the crowd at the South Carolina debate for the president of the United States have publicly expressed that they are opposed to the central teaching to all of the following belief systems:

Buddhism: “Hurt not others with that which pains yourself.” (From the Udanavarga 5.18

Christianity: “In everything, do to others as you would have them do to you; for this is the law and the prophets.”(Matthew 7:12 – NRSV)

Hinduism: “Do naught to others which if done to thee would cause thee pain.”(From the Mahabharata 5.1517

Jainism: “In happiness and suffering, in joy and grief, we should regard all creatures as we regard our own self.”Lord Mahavir 24th Tirthankara)

Judaism: “What is hateful to you, do not to your fellow human beings. That is the law; all the rest is commentary.”(Talmud, Shabbat 3 l a)


Confucianism: “Never impose on others what you would not choose for yourself. “(Analects XV.24)


Native Spiritual Traditions: “Humankind has not woven the web of life. We are but one thread within it. Whatever we do to the web, we do to ourselves. (Chief Seattle)

Shintoism: “Be Charitable to all beings, love is the representation of god.”(KO-JI-KI Hachiman Kasuga)


Sikhism: “Don’t create enmity with anyone as God is within everyone.”(Guru Arjan Devji 259. Guru Granth Sahib)


It’s easy to see that the Golden Rule is a universal teaching found in many major belief systems…an underlying truth that resonates in all schools of thought that choose to be in harmony with nature, the universe, and reality even if those paths say theirs in the only one and all others are wrong…clearly that is not the case.

As out of touch with this interconnected reality as those people booing the Golden Rule at that debate were, it’s not too difficult to discover just why they may react in such a way. What they are experiencing is the feeling of separateness…a feeling that is not ultimately real. Non-locality is simply a manifestation of the ultimate unity underlying what we experience as separate seemingly-physical objects.

Our material reality is but a filtered version of the ultimate unity which connects everything. This filtered version creates separateness because it only perceives bits and pieces of the whole at a time. If we could remove the filter, we would experience reality directly as an interference pattern where all information is distributed non-locally. Again, we should never forget that we are part of this pattern. Your hands, the screen you are reading this on, the trees outside the window, our solar system, the entire universe; it is all a seamless, unbroken extension of everything else. It is one thing.

Each part affects every other part. Since this is a universal concept, it certainly applies to humans as well, as a 20 year study has recently shown to be true. Hopefully the booing crowdgoers at the South Carolina Republican debate for the leadership position in one of the most influential countries on our one planet can realign themselves with the truth and reality of interconnected oneness. If they come to realize that they are not autonomous elements separate from the rest of reality, then even they will shift back into the grooves that harmonize with the interconnected Wholeness of everything.

There is always hope, but let us hope that they experience such a perception shift sooner rather than later, or else we will collectively suffer as a result of their hostility to their own humanity.