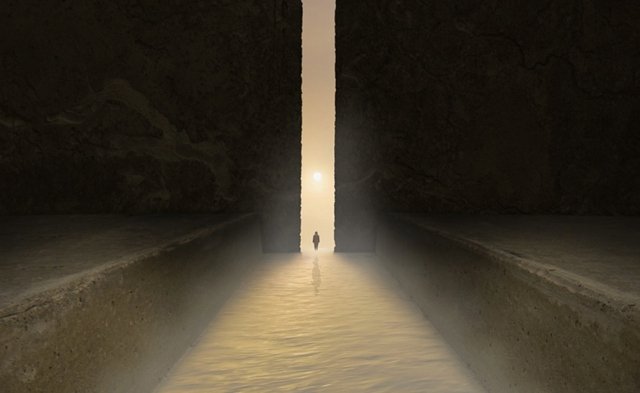 We all need to believe in something. You may say that it is an installed program in the human operating system as a coping mechanism for our eventual mortal end. Since the earliest known written records that exist, it is seen that humanity has always found a need to have a belief in something… even though that belief may seem illogical and wrong to others further down in history, or to others in the same time period but in another culture. Some people believe in a higher power, others are reductionists and believe there is nothing outside what the five senses can perceive.

No matter how different our beliefs are from one another, they always seem to have a passionate and devout group of followers. Why is this? Why are there so many different belief systems that are so different from each other? A perplexing question to many is to ask which belief system is the genuine one, if any at all? An even better question would be, does it even matter?

There have been countless people who have lived a certain way, according to one specific belief system or dogma, because it was what their parents believed or what they were exposed to during their tender and malleable youth. Most people tend to stick to that belief system, or a similar modification of it, either because they truly feel it is the correct path to follow, or because they have fear… fear that if they leave this path, whether it is correct or not, they will be utterly lost in life, and the psychological damage will be too great.

Fear is the greatest tool that the ego has within its arsenal. Perhaps the most difficult way to change your belief system is if you are born into one. Beliefs are statements that you have accepted to be true. In this respect, you have been most likely been taught to think a certain way and conditioned to believe that particular way is right and all others are wrong. This is usually, but not exclusively the case.

There are minds which are stronger than others and will reject the belief system because they see that it does not make sense at all. These are called “strongwilled” individuals, and they are able to empower themselves because of their realization that they have free will to live however they please. There are also belief systems which do not say that theirs is the only way. Unfortunately, most do not have this ability to see through the inconsistencies and errors of that belief system.

Others believe out of fear… fear of the consequences that will be experienced if they do not believe in a certain belief system. The consequences are usually dire and can even transcend physical life. Fear, a debilitating and low calibration of consciousness, is the ultimate control factor. One must only look to the past and see this is a matter of truth. Many times this fear is unsubstantiated and false. The fear is sometimes even illogical. If someone is following a belief system primarily because they do not want to face the consequences if they do not believe and live according to that system, then they are believing for the wrong reasons.

Setting aside possible biological and genetic reasons, one more explanation is the most rational of all and perhaps should be the reason anyone believes in a certain system of beliefs. This reason is the desire for truth instead of falsehood, or non-truth. There are those, who do not allow themselves to be brainwashed, mind controlled, psychologically manipulated, or forced into believing in something that does not make sense in their personal perception of reality. There are those who wish to believe in only what is positive and they will have an open enough mind to go out and search both within and externally to see if a particular belief resonates with truth and love. These courageous souls will believe in something that pours out love continuously, which is good and just. These people refuse to sit around in spiritual stagnation or follow a set of ritual beliefs that do not produce anything valuable. They passionately seek to discover the purpose of their lives, the reason for their existence, and the state of reality.

There can be a certain fear that closes one’s mind from exploring other aspects of reality. Once the ego becomes comfortable within its place in the matrix of existence, it does not enjoy the uncertainty when its position is questioned into exploring other aspects of reality. The fear of the unknown becomes the tool to be utilized as a defense mechanism when such a confrontation occurs. It generally works, from the most fundamentalist religious fanatic to the most skeptical scientific atheist. There is an additional fear of being wrong. The desire to be some sort of inerrant wise being is a longing for something that can never be.

Everyone makes mistakes. There are things which we have all believed in at one point or another but later have come to see in a different way and stopped believing in that particular thing. Belief is an ever-changing river that becomes modified, given new angles of perception and information concerning some matters, as they are discovered. Beliefs are extraneous to the primary objective reality. By existing outside of this reality, they become unfounded and are easily discarded when the time comes that certain beliefs have been indeed unfounded in reality and are, in fact, illusory.

There should not be a fear of letting go of such illusory beliefs, since fear is illusory itself. As a methodology exercised by the ego whenever there is a threat to its existence present, fear emboldens erroneous beliefs that are unfounded within reality and thus, continues the cycle of false beliefs that thrive within human society today.

One must have the courage to stand up to the ego and demand reason to shine on the path towards Self-realization. People usually believe what they want to believe, and the odds of me, you, or anyone else changing their perceptions quickly and easily are not the greatest. After some point of believing in something, somewhere between the point of initial curiosity concerning an aspect of reality that is about to be believed as being true, to the point when a person is completely convinced, the belief becomes very deeply-seated within one’s consciousness.

This has been an excerpt from The Creation of a Consciousness Shift.