SHIFTWelcome to the New Paradigm
More
Collective Evolution
Environment
Everything Else
Featured
FREE Online Events
Healing Sounds
Home Reality Is “Going With the Flow” Another Term for Destiny or is it...
Facebook
Twitter
Pinterest
ReddIt
Email
Print 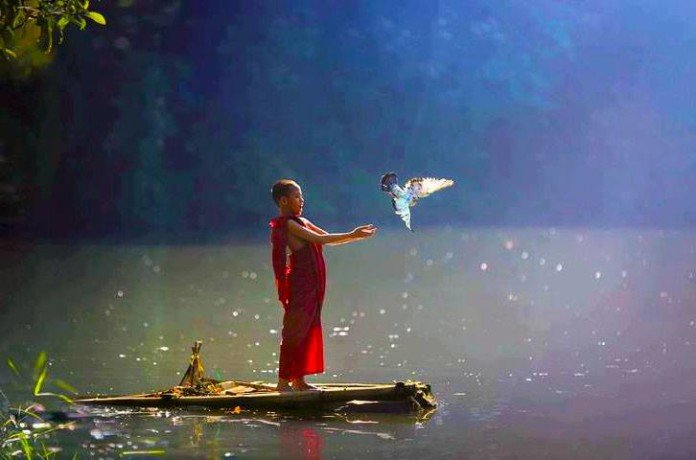 Action is doing, being, acting, moving, and so forth, all within the constraints and limits of so-called physical laws. These physical laws are part and parcel of what is allowed and what is not allowed. More accurately, the laws are about the paradigms in which we live, and which we may choose to limit our actions. I say “may choose”, in that there exists the alternatives of determinism and free will. These are not, however, necessarily exclusive or mutually incompatible alternatives. They may, in fact, exist simultaneously, but at different levels. In other words, determinism may rule the physics, while free will may rule the metaphysics (beyond physics).

If the universe is a machine, then in clockwork fashion everything pretty much happens on schedule and as predicted. According to Parmenides (circa 450 BCE), matter, energy and the physical laws are eternal, unchanging, immutable. “Eternal matter moves in accordance with eternal laws.” The infinite universe is contained in the past, according to him. Heisenberg’s Uncertainty Principle at the quantum physics level pretty much wiped out such determinism. On the one hand, determinism continues to provide a security blanket of causality for those choosing to accept such boundaries, but in the realms of the quantum — or the classical radical change of pace or subtle energies venues — free will reigns! Yea!

Curiously, the New Age proclamation of “going with the flow” is akin to determinism, or perhaps more accurately, the choice of accepting determinism as a limiting factor. In the same manner, free will is akin to resistance …resisting the flow. Perhaps, a curious interpretation worth investigating. There has been a tendency in many circles to assume that resisting the flow is not a good thing, while allowing one’s destiny to unfold without conscious choice is the preferred route. Such a view maintains the concept of duality, of good and evil, of right and wrong. The radical change of pace is that there is only good. There is only one Source from which all things arise and which all things are an intimate part of. Determinism in physics and free will as a metaphysical resistance to the determinism are both viable concepts.

The fascinating part is that movement often requires resistance. To walk, run, paddle a canoe, use a propeller to fly, change directions, or in some cases, even grow — all these require resistance. Something to push against is inevitably a part of movement, even when what is pushed against is the Earth itself or its envelope of sky, water, and ground. The only means of avoiding this direct resistance mode is to use reaction mass, i.e., throw something in the opposite direction.

An excellent example of reaction mass is the explosive remnants of a rocket, where semi-controlled explosions force mass to exit very fast in the direction opposite to that of one’s desired travel. [The Law of the Conservation of Momentum requires (in the rocket case) that the relatively low reaction mass exit have very high speeds in order to balance the higher mass of the rocket ship and its slower speed in the opposite direction.] This is action and reaction, aka Newton’s Third Law of Mechanics. If the Earth, and other matter which we use to push against, are also construed as reaction mass, then movement (in all of its connotations) requires reaction mass, also known as resistance. Free will is fundamental to such resistance. Verrrrrry interesting!

Determinism is inevitably connected to causality, i.e., cause and effect. Causality is a principle of nature which requires that nothing happens without a cause. Extremely important from the reductionist physicist’s point of view is that: “If there is no causality, then there is no clear distinction anymore between the Natural and the Supernatural.” Oops. Suddenly physics and metaphysics are interwoven. They are connected. But then again, everything in the universe is connected. Duh.

This article has been largely republished from the Library of Halexandria.