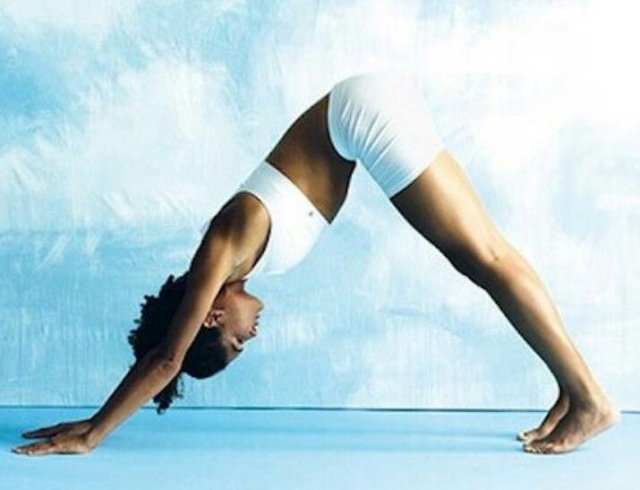 It just so happens that one of the quickest and simplest sets of meditative movements and one of the easiest to integrate as your own, is also one of the most powerful. The Five Tibetans: Five Dynamic Exercises for Health, Energy, and Personal Power take about twenty minutes or so depending on how long you meditate, the longer the better of course.

There are many ways to do the Five Tibetans and the movements will benefit you in multiple ways also. As with all meditative movements, part of the reason people are adverse to beginning it – part of the reason we allow our ego to convince us we do not need to do such practices – is because we see that they take time. But remember meditative movements make time, they give you more energy and more efficiency.

The Five Tibetan Rites of Rejuvenation were not designed as beginner yoga, nor are they, but the fact they only take twenty minutes or so makes them totally accessible to our busied mind and active lifestyle that prevents us beginner yogis from beginning. I have described some finer points of each in the following. 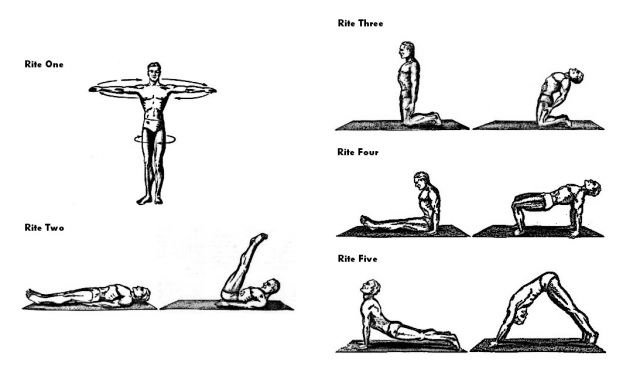 There are 5 movements done 21 times and 1 movement done, most frequently, 3 times, equating to 108 breath coordinated movements. Each of the Tibetans are followed by taking two breaths so as to balance out the energy just moved. The Sixth Tibetan is only performed after you are capable of doing 21 breath coordinated movements of the Five Tibetans and doesn’t have to be included otherwise. One can begin doing any number of each Rite that you feel comfortable with, but try to do an equal number of each.

The first Tibetan is simply spinning clockwise with the arms active to the sides. The first Rite is done clockwise in unison with the sun for the chakras are said to spin clockwise. When held up such activates and opens up the arms, shoulders and neck. Try going excruciatingly slow. The Five Rites strengthen and activate the abdominal area and neck. These areas are considered the most problematic and clogged in terms of energetic and chakra understandings too. The Rites open up the chakras.

Then take two breaths like Superman, that which devoted practice can turn you into. Hands are at your hips. Take a deep breath through your nose and exhale through your mouth with lips shaped in an O like Superman blowing out cold air.

The trick to the second Tibetan is to lift up and set down the legs and neck in unison. Each Tibetan is done in unison with the breath and as with all meditative movement, the inhale is tension/activation and exhale is relaxation/release. So each movement begins with inhale and returns with exhale. The easiest way to count is to count 1 on the inhale and 1 on the exhale, counting each twice so you are less likely to lose track.

A trick with the third Tibetan is to think about using your hands as support and about bringing bring your back so that it returns to being perpendicular or just slightly past perpendicular, a degree or two forward. Go slow.

The trick to the fourth Tibetan is to initiate the movement with your neck opening the throat chakra.

As you progress you will eventually be able to do the fifth Tibetan with opened joints and ligaments doing Hindi pushups where your face glides along just above the floor and then rises up, like a cobra, on the return/release.

Remember to breathe twice like Superman in between each Rite.

The article has been republished from Wake Up World

Writer Ethan Indigo Smith was born on a farm in Maine and lived in Manhattan for a number of years before migrating west to Mendocino, California. The events of September 11, 2001 inspired him to write his first book, The Complete Patriot’s Guide to Oligarchical Collectivism. He has since written The Matrix of Four, The Philosophy of the Duality of Polarity on the subject of the development of individual consciousness, before expanding into the fiction realm with the controversial The Terraist Letters, a work which humorously contrasts the very serious issues of global nuclear experimentation promotion and global marijuana prohibition. His latest eBooks 108 Steps to Be in The Zone and Tibetan Fusion are available now on Amazon.com. Visit Ethan on Facebook.