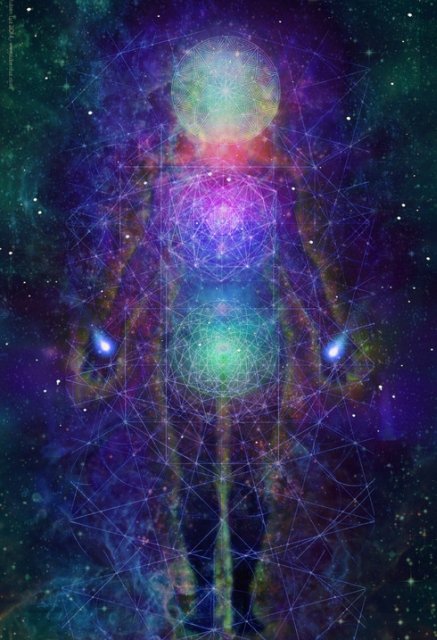 This essay is part manifesto and part a call for action. The futurist part of me says that 2015-16 is a critical juncture for this planet. Myself, along with others, are of the belief that humanity has reached an inflection point. It can make some conscious choices to further our evolution or fall backwards in terms of quality of life, planet health and spiritual development.

Part of my motivation to write this is to intentionally seek out, evangelize, recruit and offer support to others of a like mind. In itself this is a demonstration of one of my suggested actions that is to deliberately, with focused intent reform your immediate social network.

What follows is an exposition of the five most general trajectories of change. We can, through retrograde actions and behaviors attempt to slow them down or stop them. That effort would be in vain as the momentum for their unfolding has been moving forward for about 4.5 billion years.

After looking at these forces, I will explore five strategic action initiates that must be taken into consideration to realize our potential at all levels of human organization—beginning with the person and culminating with a planetary self-organizing system.

The last part of this article is an explanation of four concrete, conscious things you can do to become an intentional evolutionary. And give birth to a more highly evolved order of existence. 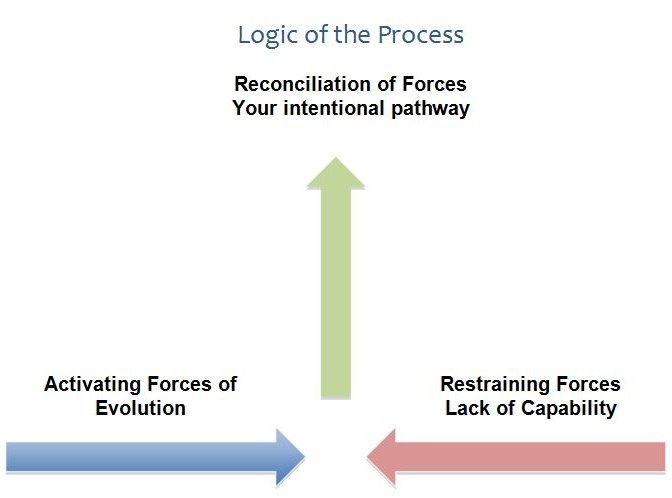 The Arc of Evolution – More of These

Michael Dowd has done a marvelous job of distilling a vast literature on forces of change and boiled it down to five factors. Some would argue some nuances to these five but I believe they serve as a good anchor for this manifesto. For example, one could argue that technology is a separate driving for change and evolution. I would argue that it (technology) is a cultural artifact that enables the awakening of these more general trends of evolution.

This is larger than social diversity – although that is included. Diversity of species, diversity of climates, and diversity in beliefs of the nature of being, how we acquire knowledge and metaphysics itself. A constant expansion in the number of elements surrounding our existence.

As systems evolve into a greater number of parts they also grow in the number of connections among and between those parts. The more connections, the greater the complexity. This implies that a more valid understanding of the dynamics of the system requires a deeper understanding of the very nature of systems – biological, environmental and human.

The scope of our ability to perceive, process and make sense of an ever-expanding universe. Biologically brains get bigger and senses become more finely tuned. For example, at this time human awareness is now creeping into the cosmos. Telescopes expand our visible universe and physical probes extend our sensory ability to planets and even comets. Not to mention the technology phenomenon of the Internet, which now places each individual theoretically in direct contact with every other human being.

Is increasing no doubt as a byproduct of the first three evolutionary arcs. An expanded base of knowledge and more interconnections between innovators drives this. Speed of diffusion of new ideas, technologies and understanding of systemic processes as we move up the curve of innovation diffusion. At some point this speed will jump exponentially when a critical mass of connectivity is reached.

This is the most difficult of all evolutionary processes to comprehend. The first critical juncture was the development of self-awareness of humans. Sentience. Self-reflection, self-remembering are hallmarks of this evolutionary vector. Perhaps psychology (in the Western vernacular) is the best example. However, Eastern traditions such as Buddhism are having a major influence. We know ourselves, motivations, emotions and cultural influences in an ever-increasing fashion.

The forces that restrain development towards an advanced state of evolution are a lack of understanding what is needed to reach full potential. There are five areas that need to be developed to move forward See figure below. 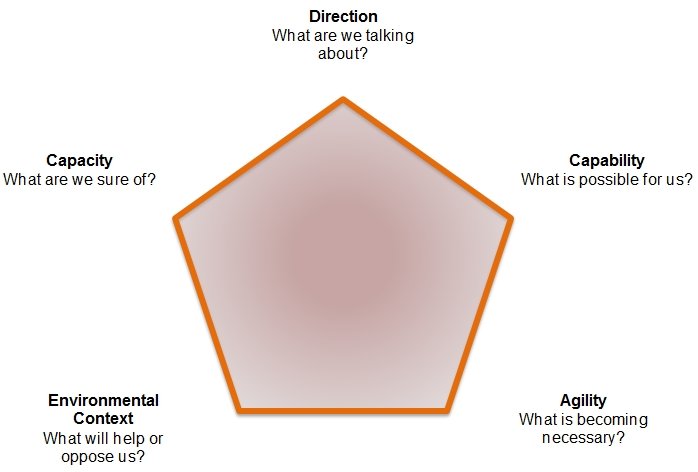 The first of these is “Direction”. The base question for you to ask is ‘what are we talking about?” What is your focus of attention? There is an old saying “if you don’t know where you are going, you’ll never get there.” Put another way, you need to truly and deeply understand what your personal purpose is. What direction do you want your compass to point?

Capacity is about “what can you do now?” What resources do you have under your control? What is your proven knowledge base and demonstrated competencies? This is your base foundation of your knowledge, skills and abilities. An honest assessment is necessary, not a “well I think I can” attitude. External assessments are a great tool in developing this.

What is truly possible for us? Given direction and capacity, what is it that we need to develop? This is the thing we don’t know, and what we don’t know we don’t know. Answering these questions helps develop a personal, internal development plan. In order to reach your full potential what do you need to obtain, develop and nurture. The typical stumbling block here is fear, uncertainty and doubt. These can be overcome.

Now our attention shifts to the external environment – everything that surrounds and encapsulates our being. “What will oppose and also help us reach our potential?” Enumerating these begins the process of an action plan to overcome obstacles and leverage helpful resources. Out another way, ‘who can we count on to assist us’ and who or what can get in our way?’

Agility is really about looking into the future. We began with looking at evolutionary forces. Well if those are true what can we expect to unfold before us in our development journey?  What if our personal prophecies come true? What tis the timing? Can we be ready in time and recognize when action is necessary? Further, to begin the cycle all over again, if that manifests and becomes reality, what new opportunities may portent themselves?

Pathway to Your Mastery – Your Plan

The Activating force of evolutionary trends and the Restraining forces of lack knowledge and abilities are reconciled by having a grounded plan of action. That plan has four components.

The ultimate goal of becoming an intentional evolutionary to help this realization for humanity manifest quickly and without fits and starts or being sidetracked by delusion. The ideal pattern which can unite all components of your self-development plan into a structured whole. If you now know what capabilities you need, what is the step-by-step program to do that?

At the other end of the motivational axis is the living out of a ‘practice’ to put things in motion. What are the specific activities you will engage in to go through this transformation? What will be your personal practices such as mediation? What actions, attitudes and beliefs will you act out in your community to reach your goals?

What instruments will you need? In this developmental context I believe the most powerful tools is your extended social network. This is your leverage point. Re-engineer your network to provide you with multi-faceted governance; bring you the resources you need; and connect you with pathways to realize your vision. Conversely, this is where you detach from those who would distract you or hinder progress. Don’t suffer fools.

This is the tip of your evolutionary arrow. Action of getting the message out, evangelizing the message and recruiting others to join with you in the journey. When you broadcast your direction, using your capabilities this is how people will look back down the tunnel and see you. You need to be conscious of your presence. How do you look to the outside world? How do others perceive you? Do you need to adjust the perceptions?

Good luck on your journey. It is a never-ending path of personal evolution. Pay it forward.

Charlie Grantham holds a PhD in Sociology and has a certificate as a Master Spiritual Healer. He is also a Reiki Master/Teacher. You can see his most recent book ForeSight 2025 at http://foresight2025.com.