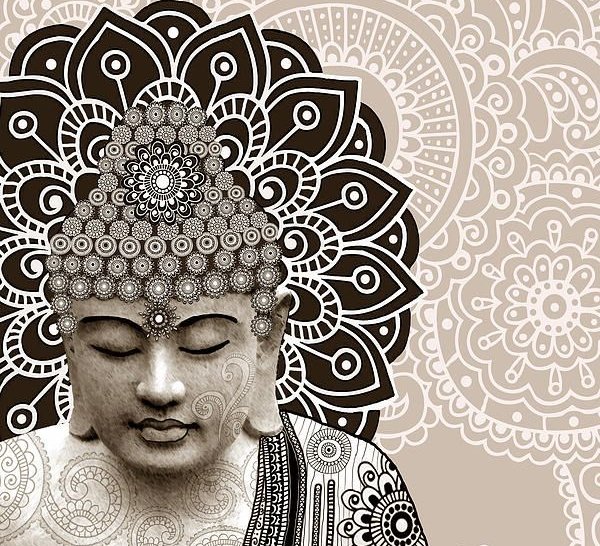 Soyen Shaku (1860-1919), a senior teacher of the Rinzai school of Zen, is noted as the first Zen Buddhist priest to come to the United States.

In 1893 Shaku was invited to the World Parliament of Religions in Chicago. Organized by John Henry Barrows and Paul Carus, the 1893 World Parliament of Religions was the first official gathering of representatives from both Eastern and Western spiritual traditions. This gathering started inter-religious dialogue worldwide and shines as a beacon of the possibilities when the world’s religious and spiritual traditions work together in their common humanity.

Shaku’s associates and followers believed at the time that it was beneath a Zen priest to go to a country such as the U.S., which Japan saw at the time as barbaric. Despite opposition from associates and followers, Shaku accepted the invitation. Without this invitation having been accepted, we probably wouldn’t have received the wisdom of Zen in the United States until much later.

After arriving back in Japan, D. T. Suzuki, Shaku’s senior student and the person who helped write his speech in English for the World Parliament of Religion, was sent to the United States. D.T. Suzuki would eventually become the most significant figure in bringing Zen to the West.

Below is a list of rules to live by that Zen master Shaku set for himself, and lived by each day, until his passing on October 29th, 1919 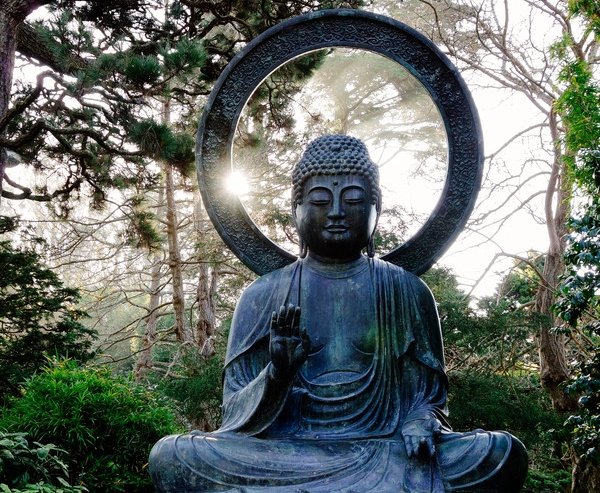 1. In the morning before dressing, light incense and meditate

Daily meditation, particularly first thing in the morning, is something I talk about often. I believe this is #1 on the list for a reason, as it’s arguably the most important of the points.

I do want to say a word about incense though. This might just seem like a traditional ritual, but incense has two valuable uses.

First, incense can be very symbolic. Zen Buddhists use incense as a symbol of the unity of all beings, of the potential of unawakened beings (when unlit), and when lit as a visual reminder of the impermanence of life. Incense is considered an offering, it’s an act done with absolute selflessness and respect for life and therefore can be a very nourishing practice. Such a ritual, especially if done first thing in the morning, can help keep what’s really important at the forefront of your mind.

Secondly, incense can actually help you reduce stress. Scientific studies on the use of incense have shown both good and bad results, the bad being long-term daily use can increase your risk of getting cancer. But if used sparingly, in the morning of an important day or at the end of a rough one, research has shown that it can help calm you and reduce stress. This makes for a nice pairing with meditation. You may not want to use them regularly, but you can put it into your bag of tricks to use sparingly.

2. Retire at a regular hour

I can’t say for sure why he put this on the list, but I know why I believe it’s important.

Your sleep schedule can set you up for success or it can wreak havoc on your mind and body. I have a consistent bed time every day, and I stick to it whether it’s Monday or Friday. This is important to me because I’ve experienced before what a crazy sleep schedule can do to you.

By going to sleep at a regular hour each day, which for me is around 10-11 P.M., you breed consistency in your life, tend to your mind and bodies need for rest consistently and therefore are at your best each morning, and are all the more likely to wake up early in the morning- and the quality of your morning is a huge factor in determining the quality of your life.

3. Partake of food at regular intervals. Eat with moderation and never to the point of satisfaction

Most of us don’t notice the effect that food can have on our lives. Particularly the way that we eat now in the modern age. Over-satisfaction is just around the corner for most of us, and abusing food has more than just physical consequences, it has very real mental as well as global ones too (it can serve as a sort of addiction, among other things). No one is more aware of this than a Buddhist.

This one might sound odd, but looked at from the context of Zen, this refers to existing fully in the present moment. Receive a guest with your full presence, as if you were alone in your home working, caring for your children, reading an interesting book, or meditating. When alone, maintain the same attitude of absolute presence and attentiveness you have when receiving guests into your home.

5. Watch what you say, and whatever you say, practice it

Another thing that a Buddhist is very aware of is the power of ones words. Our words carry weight, no matter who we are. They can send someone in a downward spiral or they can raise them up and inject confidence in them. They can bring peace and they can spur on war. It’s for this reason that we should be very careful with what we say.

The second part to this point is just as important. You’ve probably heard the saying, “practice what you preach”, at some point in your life. The importance of this saying goes beyond the boundaries of culture and religion. What you say should be what you practice.

6. When an opportunity comes do not let it pass you by, yet always think twice before acting

It’s nearly impossible to know at this point completely what Shaku was referring to, but when he says to think twice before acting, I believe he means two things: consider if the opportunity is the right thing to do- if it’s moral, just- and make sure it’s the right thing for you specifically.

7. Do not regret the past. Look to the future

This point couldn’t be more straightforward.

It might seem a little odd that a Zen monk would talk about looking to the future, but keep in mind that part of this list was probably worded in the context of advice for Americans at the time, who had no concept like mindfulness or living in the present moment, so I believe the important point is to not regret the past, let it go, and look forward.

8. Have the fearless attitude of a hero and the loving heart of a child

This is one of the points that struck me the most when I first read it. Zen can, at times, seem esoteric or disconnected. But that couldn’t be further from the truth. Zen practice itself always exists right here in the present moment, and therefore is inextricably connected to the way we act in our life as well as how we treat others.

When approaching our life- our intentions, our goals, our life’s work, obstacles and adversity- we should do so in the same way that we’d imagine our favorite superhero growing up would (except for the part where they punch a car- not smart).

When dealing with others, whether in or out of confrontation, we should approach the situation with the loving heart of a child. A child naturally has great compassion, understanding, is naturally caring, and sees a homeless person on the street in the same way that they see a business person.

The real gem is to realize how to live with both at the same time…to live fearlessly, confident, and yet still altogether compassionate and loving of all those around you. Many succeed in one of the two, few succeed at both.

9. Upon retiring, sleep as if you had entered your last sleep

10. Upon awakening, leave your bed behind you instantly as if you had cast away a pair of old shoes

Number 9 and 10 both have a similar lesson: when you do something, do it will all your being. Don’t treat anything as routine and mundane.

When you enter your room to go to bed for the night, treat it with the utmost importance. Don’t check your email, don’t turn on, or leave on, the T.V. Go to sleep completely at peace with the day, coming to terms with anything that has happened. Don’t lay down to sleep with something racking your brain, let it go and be fully present for the act of laying down to sleep. Make sure there’s a period (“.”) at the end of your day.

And when you wake up in the morning, do so with all of your being. Wake up immediately and never look back. You’re fully awake right now in this moment and should act accordingly. It’s a new day, a whole new 24 hours, so make the most of it.

This article has been republished from Buddhaimonia