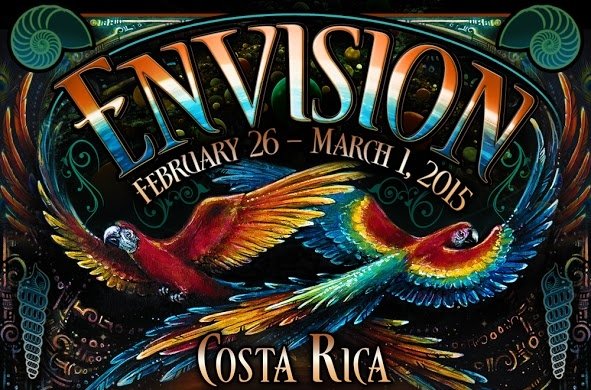 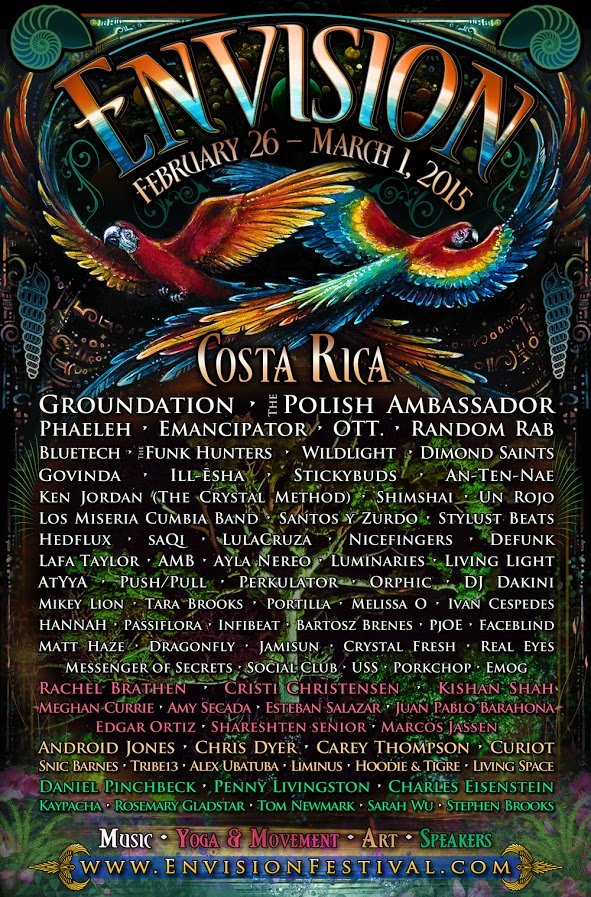 Music & Arts festival Envision Festival – Costa Rica has announced the second phase of its lineup, completing the impressive and talented roster of musicians, artists, speakers, yoga instructors and beyond, set to perform in the scenic jungles of Uvita, Costa Rica from February 26- March 1, 2015.

Previously announced music headliners include the much loved Groundation, Phaeleh, The Polish Ambassador, Random Rab, Emancipator, Ott among many others that will be performing on one of four expertly crafted stages.

New artist additions will help cultivate what is considered one of the most unique and beautiful music festival environments on the planet including headlining visual artist Android Jones, painter Curiot, and glass artists Ubatuba and Snic Barnes. The2014 Luna Stage architects, Hoodie and Tigre, return to further expand on their impressive creations from last year.

And all of this is just the beginning. Experiences offered at Envision also include beaches and jungles for exploration, some of the best surf on the planet, the nearby bohemian beach town of Dominical, and an incredible lineup of workshops, speakers, permaculture education, art installations and so much more.

Take a peek into the Envision mystique and be inspired by this breathtaking “Vive La Experiencia!” which we shared here.

Tickets are on sale now and will sell out quickly.