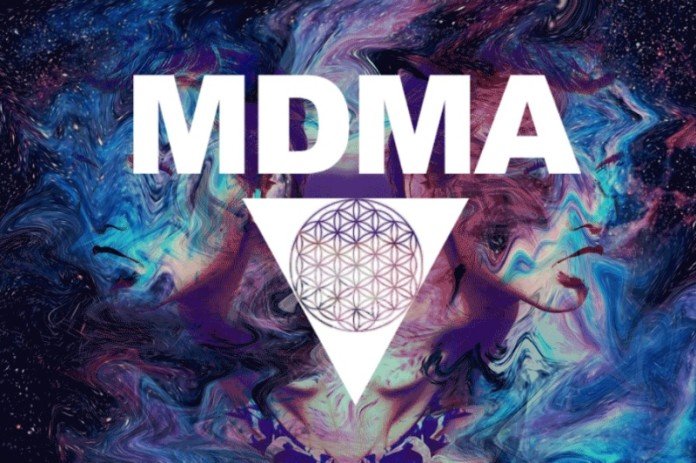 Scientists are fascinated by MDMA. Profound feelings of love, empathy, and compassion for one’s self and others are the markers of a peak MDMA experience. And while it’s best known for being an ubiquitous party drug, MDMA has also contributed significantly to psychotherapy.

But MDMA is illegal, classified as a Schedule 1 substance in the United States, and the resulting dangers get in the way of truly understanding the full range of its benefits.

Emanuel Sferios, founder of DanceSafe and long-time harm reduction activist and drug educator, seeks to raise awareness about the importance of legalization in his documentary “MDMA: The Movie.” They’ve just launched a campaign on IndieGogo that’s raised over $17,000 in two weeks.

So what does a future with legal MDMA look like? I spoke with Sferios about MDMA’s role in psychotherapy, the current risks imposed by its illegal status, and the stigma of drug usage that needs dismantling.

Here are 5 things that will happen when MDMA becomes legal:

MDMA’s claim to fame in the world of medical science is its unprecedented efficacy in treating people with post-traumatic stress disorder, or PTSD. “Scientists are fascinated by the drug precisely because its effects are so profound,” says Sferios.

The combined effects make it useful for therapy, which is why, despite its illegality, there have been a number of FDA-approved studies for the treatment of severe PTSD.

Sferios explains: “MDMA allows the patient to process their traumatic experiences without slipping into dysfunctional patterns of thought and emotion. They’re able to establish new neural pathways and patterns that last after the drug has worn off. Many PTSD sufferers appear to need only one to three sessions to achieve profound, long-term healing.”

MDMA helped Rachel Hope, a childhood rape survivor interviewed in the film, reclaim her agency by releasing her from a feedback loop of guilt and shame. She no longer defines herself by something that was out of her control. As she says in the film, “these horrible things happened to me, but they mean nothing about me as a human being.”

“Researchers don’t like to use the word ‘cure,’” says Sferios, “but many of the veterans I interviewed are using that word for themselves.”

2. Psychotherapeutic practices will be enhanced by MDMA.

The intense experience of empathy and self-acceptance that MDMA provides makes it a powerful tool for a wide range of psychotherapeutic uses, including counseling sessions for grief, terminal illness, and relationships.

For example, researchers at the Los Angeles Biomedical Research Institute are studying MDMA today as a possible treatment for social anxiety in autistic adults.

It’s no secret that MDMA is extremely popular — and 30 years of MDMA prohibition hasn’t quelled the demand. But the illicit market’s response to high demand is not favorable to its customers. Pure MDMA is risky and expensive to make, and much of what’s being passed as “ecstasy” or “molly” is actually cheap, unregulated synthetic substances.

Sferios believes that “if done properly,” decriminalizing and strictly regulating MDMA would “eliminate at least 80% of the illicit market.”

Legal regulation sets in place a reliable source for consistently pure MDMA. It’s a guarantee for both safety and a quality experience. Sferios rightly asks, “Why would anyone buy a mystery powder from a stranger when you could get pharmaceutical grade MDMA from a dispensary?”

4. There will be fewer tragic fatalities.

An adulterated MDMA pill that gives you a crappy high is the least of your worries.

A number of people have died from ingesting what they thought was MDMA, but which actually contained high concentrations of the dangerous drug PMMA. In 2013, the Electric Zoo music festival in NYC was cancelled after four party-goers got sick, and two died, from tainted MDMA.

Open and honest drug education is also a crucial component in reducing drug-related harm. The drug war culture’s myopic focus on prohibition precludes constructive discussion about the actual risks of pure MDMA. Exaggerated scare tactics that ignore the drug’s potential benefits only serve to make young people wary of all cautionary messages — and it won’t stop them from using the drug without being properly informed.

“Truthful information that acknowledges the potential benefits of MDMA will go a long way toward winning the trust of young people,” says Sferios, “making them more receptive to listening to the risks.”

5. The stigma from illegal use will be lifted.

The war on drug stigmatizes the very people it is ostensibly trying to help by labeling them as criminals. As a result, Sferios says that young people “internalize guilt and shame… which leads directly to risky and self-destructive drug-taking behaviors.”

He suggests that instead of criminalizing drug users, we should be modeling responsible usage, like we do with alcohol. A culture that prioritizes safety and education over shame and scare tactics will create a healthier, more informed atmosphere that doesn’t induce the dangerous behavior it seeks to prevent.

This article has been republished from Reality Sandwich