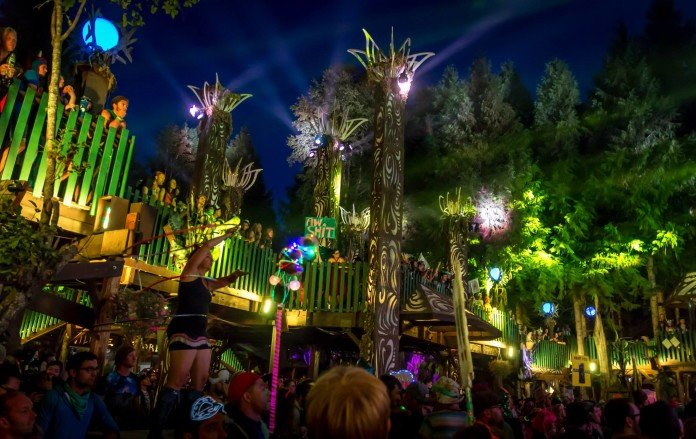 This past week Shambhala Music Festival had released the lineups for all six of its stages. Releasing one stage lineup per day, we now know the full lineup for this year’s festival. To make it easy to find out all the info on who is playing where, we’ve put together all the lineups here along with descriptions for each stage. Here are all six lineups in glorious detail: 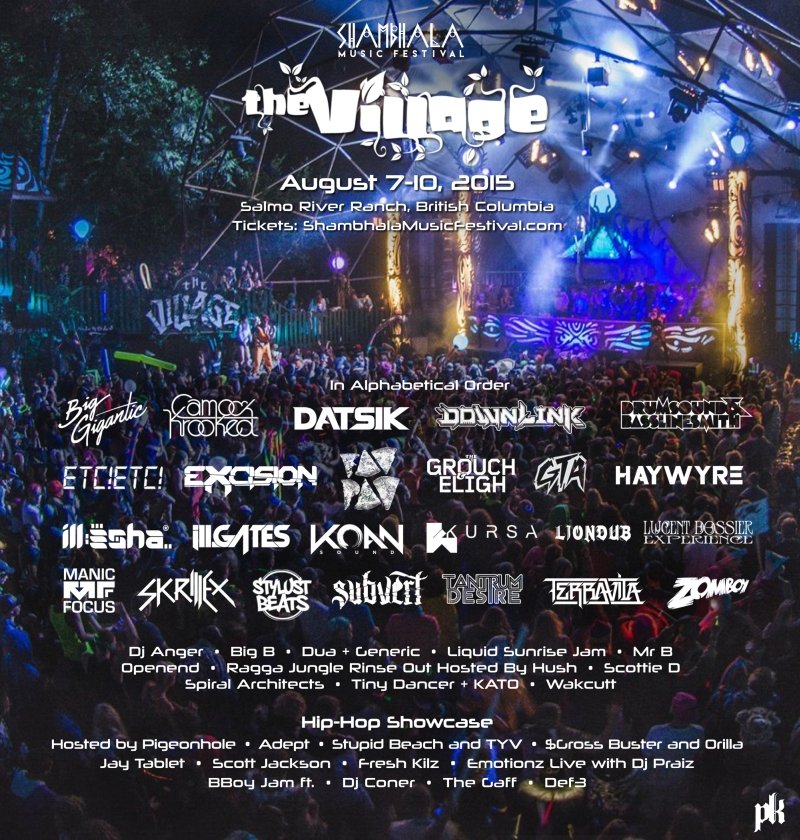 If you love all things from glitchy goodness, grimey greatness, delicious drum and bass, dirty dubstep, tasty trap, happening hip hop, exhilarating electro, ridiculously tasty ragga jungle, phenomenal performance troupes, and everything in between, The Village is the place for you!

The Village will see new talent gracing its stage this year, along with returning acts that were just too good to not have back in 2015. This lineup is stacked with heavy hitters and is sure to have festival goers beyond thrilled for what’s in store! 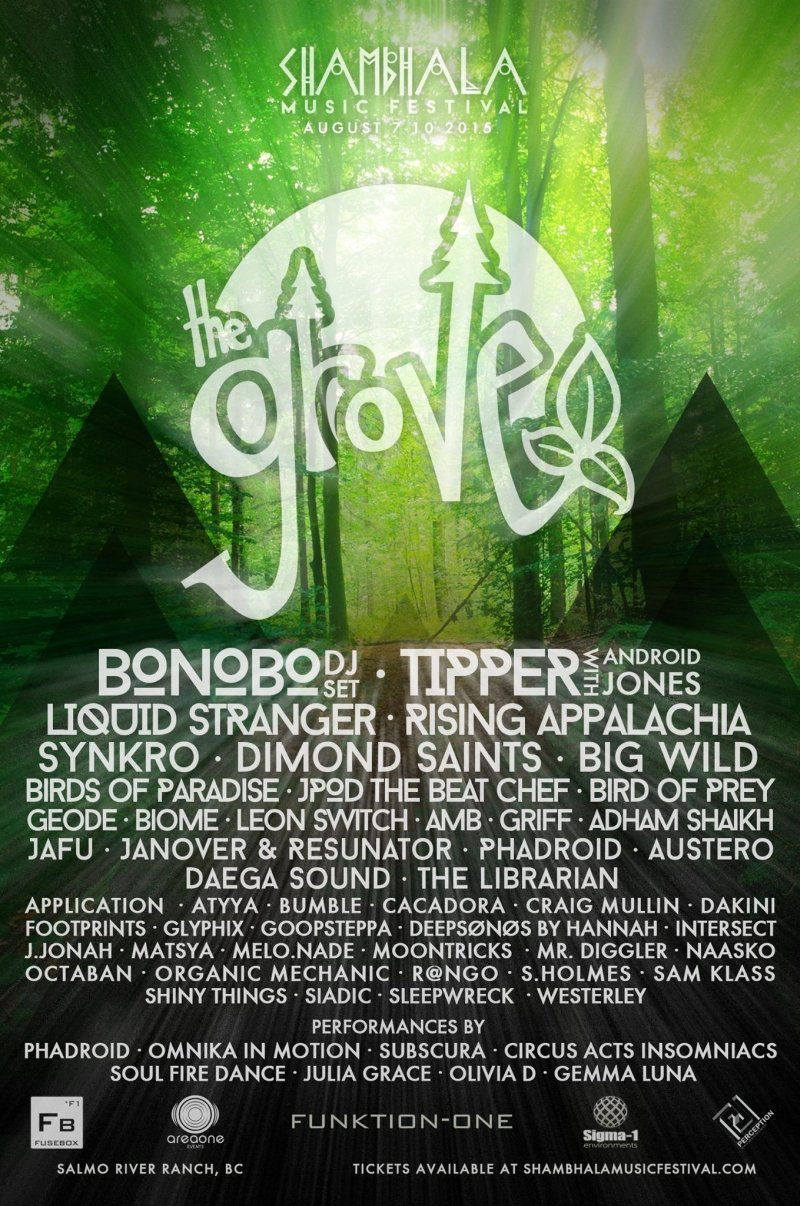 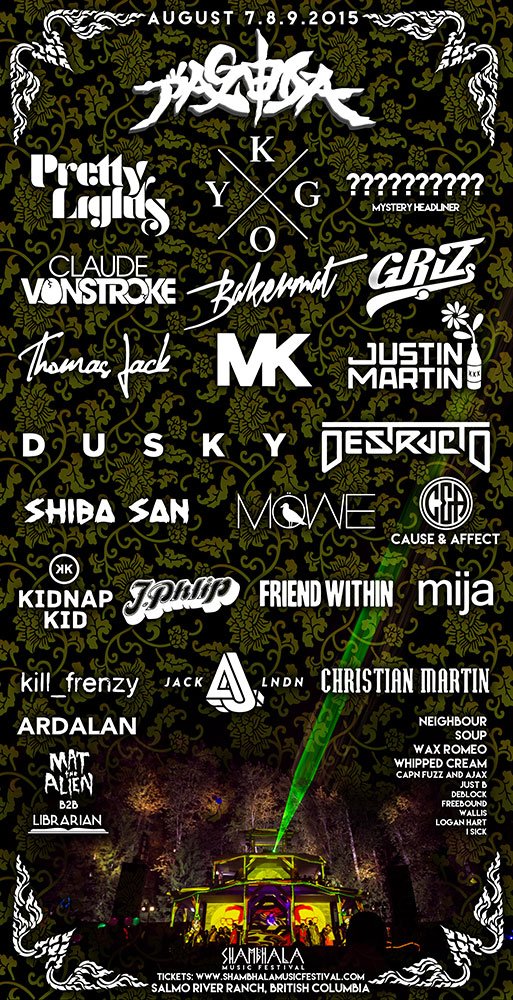 Standing boldly and brightly as Shambhala Music Festival’s main attraction, The Pagoda stageconsistently pushes the sensory boundaries while triumphantly touting top notch talent from across the globe.  Legends and big names in west coast bass, funky house, and delicious disco drops will be banging it out all weekend long.  Friday night, the Dirtybird crew is taking over the stage with Claude VonStroke, Justin Martin, Shiba San, J.Phlip, Kill Frenzy, and Justin Martin.  The rest of the weekend will delve into an auditory odyssey with sonic stylings from artists like Pretty Lights, Kygo, Bakermat, Griz, Thomas Jack, MK, Dusky, and DESTRUCTO, not to mention over 20 other performers and MCs including one yet to be announced mystery guest!

Known for its loyalty to dance music, festival goers can prepare for an interstellar, audiovisual feast as The Pagoda stage manifests into a mecca of music and a cacophony of sound.  This year, the stage is enlisting more renovations, art, lights, decor, sound and video mapping than ever before for the dancing adventure of a lifetime. 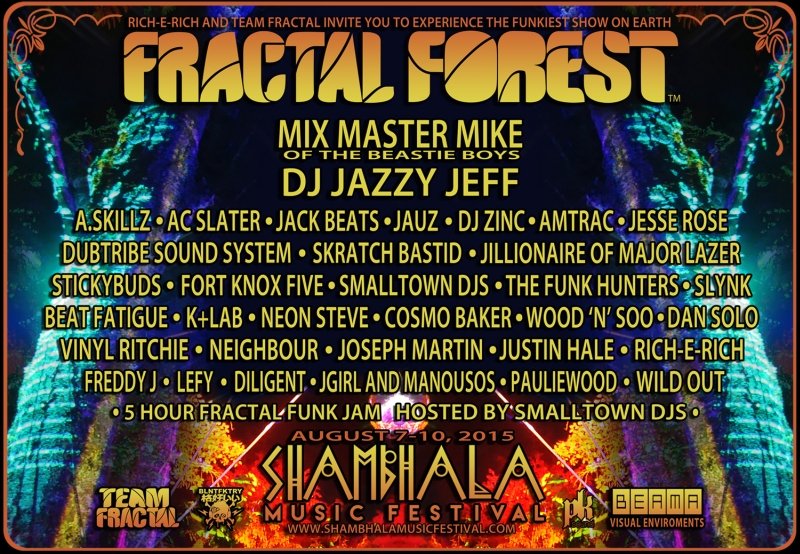 The Fractal Forest will launch festival goers on a journey into enlightenment as they encounter next level audio visual experiences at one of the most unique stages in the world. Pyramids, flowers, and friendly forest creatures shape the enchanted woodland of the Fractal Forest where DJs play in the heart of a burnt out old-growth cedar tree stump, surrounded by a 360 degree immersive, interactive environment featuring the most beautiful dancers on the planet. 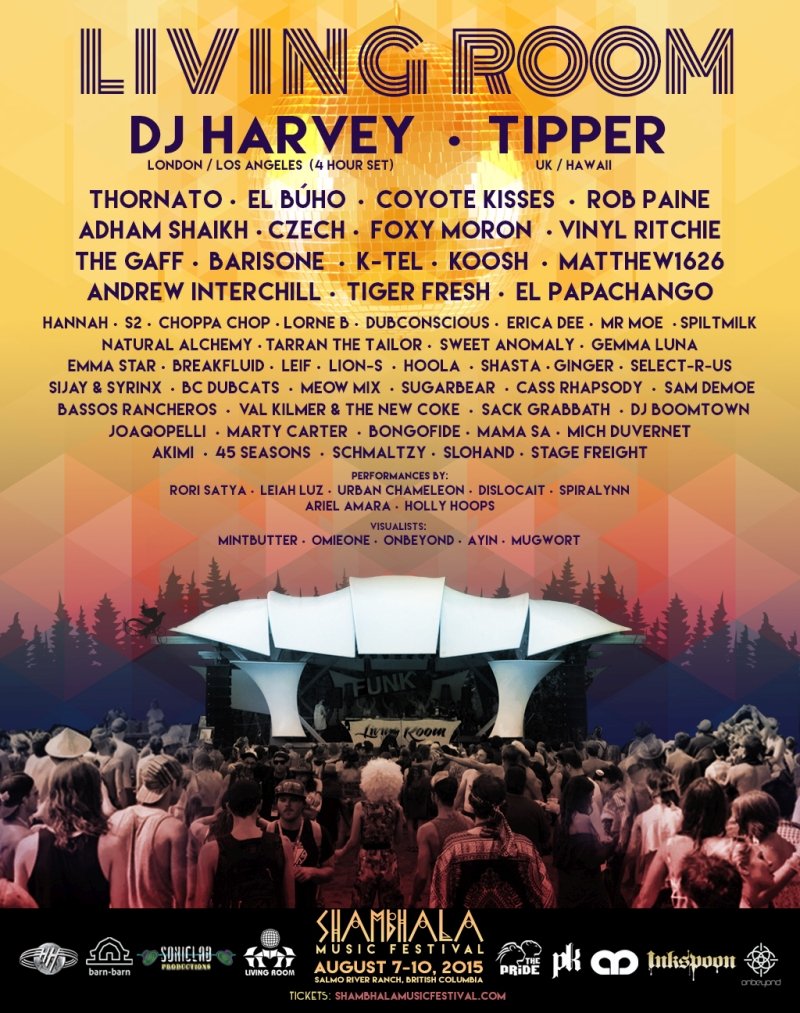 With deep roots in family and community and an impressive array of both performance artists and visualists, The Living Room brings a stellar roster of talent.  Thornato, El Búho, Coyote Kisses, Rob Paine, Adam Shaikh, Czech, Foxy Moron, Tiger Fresh, Sugarbear, Hoola, Sack Grabbath, Vinyl Ritchie, the BC Dubcats, Marty Carter and over 50 more artists will be joining greats like DJ Harvey and Tipper (who will perform not just one, but two sets over the weekend). This year, The Living Room stage directors, The Pride, celebrate 13 years of cutting edge curation as they enlist an eclectic array of characters to ignite a funky mood.

The only non-permanent stage and often referred to as the “comfort space” of the festival, The Living Room provides a variety of global genres and electronic soundscapes ranging in the deepest of dub and downtempo, zouk bass, disco funk, groovy house and Latin flavors. Last year, the stage had a keen location right near the river, but with an ever expanding festival and evolving landscape, it’s anyone’s guess where the stage will be located next. 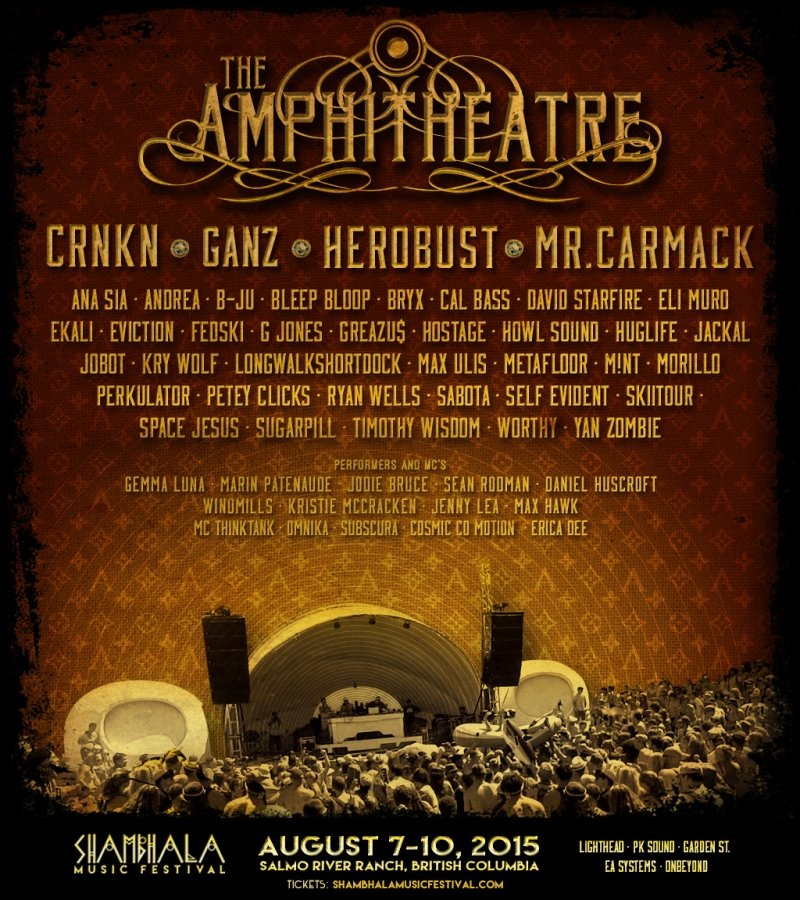 Known affectionately as “The Amp” to festival fans, the Amphitheatre stage has made a shift in recent years towards showcasing more urban beats and innovative bass music producers while still retaining its traditions. This year the Amphitheatre will bring the heavy bass and rhythm from talented artists such as GANZ, HeRobust, Bleep Bloop, M!NT, Kry Wolf, BRYX, David Starfire, Cal Bass, G Jones, Huglife, JACKAL, Space Jesus, Sugarpill, and Worthy alongside Mr. Carmack and Crnkn plus over 30 more MCs and performers.

With a variety of music styles to offer each day of the festival, fans can expect to discover fresh new music at the Amphitheatre stage.  From glitch, hip-hop, funk, world bass, house, and UK sounds, the Amp will round out the weekend with the most insane mix of hybrid trap and bass music ever heard!

Tickets are on sale now at the Shambhala Music Festival website.  Early bird tickets are sold out but full weekend passes are still available for $365 with various add-on camping packages also available. Early entry is also available beginning Wednesday August 5th for an additional charge per guidelines here. The festival sold out last year and tickets for this year will go quickly.