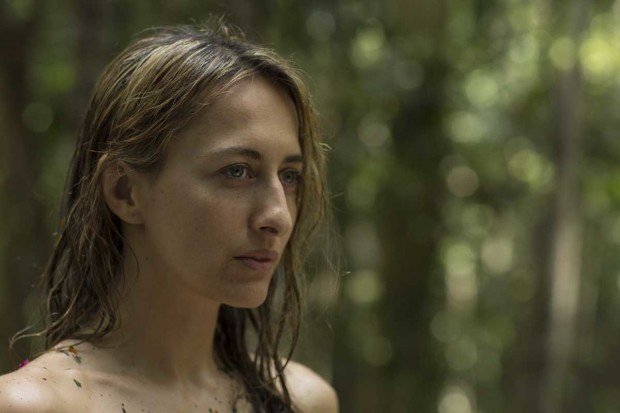 Icaros: A Vision is a story about fear and the release from fear. Angelina, an American woman with breast cancer, travels to the Amazon in search of a miracle. Thanks to Arturo, a young shaman who is losing his eyesight, she learns instead to confront her ‘susto’: the disease of fear. Arturo, in turn, realizes that he will be able to see and sing in the dark. With the help of Ayahuasca, a psychoactive plant medicine (which contains DMT), and Icaros, ceremonial healing songs, they both gain a new vision of their destiny. This is a film that has the potential to stir up and awaken elements at the core of our being concerning our existential experience as transient human beings. 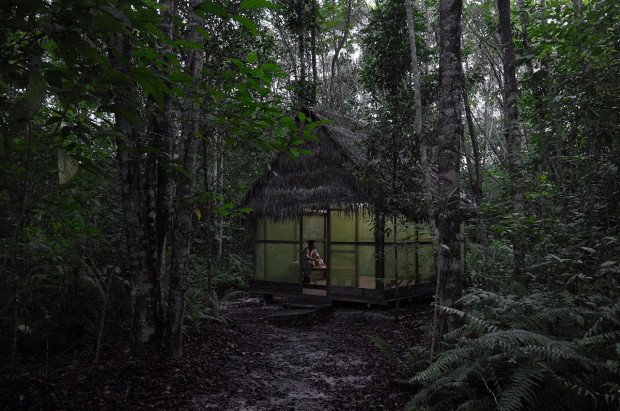 Centered on the nightly ceremonies that are the main feature of shamanic retreats, Icaros: A Vision revels in darkness, replicating a shamanic journey. The film is about the ways in which Ayahuasca helps the characters envision and confront their fears of life and death.

Aspects of the film are based on director Leonor Caraballo’s actual experiences. She had metastatic breast cancer when the shoot began. Although she dedicated herself to the project until the very end, sadly she died before she could see the film finished.

Set in an actual Ayahuasca retreat in Peru, the film features real shamans and indigenous non-actors from the Shipibo community. Part of the film’s goal is to bring attention to the work, life and knowledge of the Shipibo-Conibo people. The film is also driven by the conviction that acknowledging the power of plants is the best way to change the jeopardized future of the Amazon – itself like a dying patient.

In addition to their rich background in the arts, directors Leonor Caraballo and Matteo Norzi bring with them extensive research and first hand experience of the contemporary, multicultural setting of plant medicine.

The film has an IndieGogo campaign running with less than a week left before it ends so if you’re able to contribute to helping with the final post-production stage of Icaros head over to their crowdfunding page here. By backing Icaros: A Vision, you will literally make the completion of this film a reality; any and every amount is appreciated. If you can’t contribute, please pass this along to someone who might. The more ways we get the word out about this film, the more likely it is that the production team will not only reach their goal of getting the movie made, but also begin the process of connecting with the public and maximizing the number of viewers that Icaros can reach.

Coordinating a crew of 40 people for a month-long shoot in the jungle was no easy feat. Aside from the heat, the rain and the jungle animals, the production crew faced disease and hospitalization and had their equipment hijacked by drug dealers. But they came out the other side with beautiful footage that deserves to be shared. From here, the greatest challenge is in meeting the costs of post-production in order to craft this story to its full potential.

We hope that you are inspired to support the film and the cultural and ecological heritage of the Amazon.

There’s less than a week left to raise funds and with a majority of the funds being raised as of right now, please take a moment to share this campaign with friends and family to help them reach their funding goals so this film can be released.