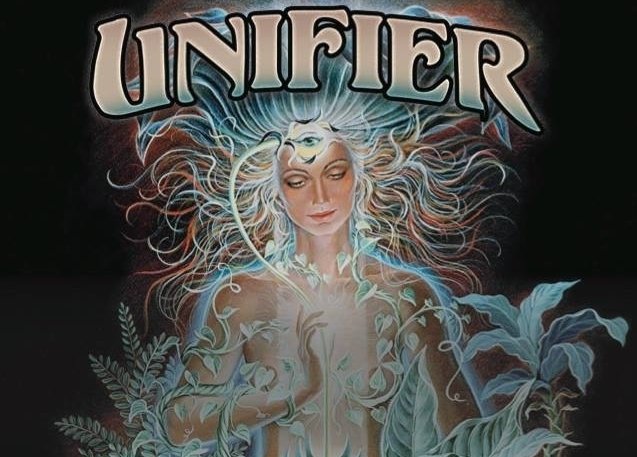 With Unifier Festival back this year after its debut last year as a trailblazer in New England transformational festival culture, we wanted to find out more about how it all came to be. We spoke with Unifier founder Jason Cohen recently to find out about the ideals and philosophy behind the festival, what we can look forward to this year, and to talk about the transformational festival culture as a whole.

Shift: The really unique thing about unifier is that it is the only festival of its kind in New England. What was the inspiration for creating this transformational festival?

Jason: It was mostly from experiences from Forestdance gatherings, that I did with various members of our community for a decade, which are beautiful co-creative fire dances where we make music together from midnight until dawn and take deep journeys into self-realization while holding a deep connection with nature. After a few years of those gatherings I co-created Sacred World Interdependence Day with a friend, Sarah Jezebel Wood, which was an alternative to Independence Day where we had tribal belly dancers, circus arts, fire spinners, and sacred fire circles. Unifier has been more than a decade in the making and stemmed from this dream of having a bigger festival bringing together all the elements of the previous gatherings. I felt a lot of support from seen and unseen places as we tried to see what we could do for humanity while taking expansive risks doing so.

Shift: Unifier has a new home this year, moving from Connecticut to the edge of the Berkshires in Massachusetts. What can people expect at this new venue?

Jason: It’s owned by the same organization that Unifier was at last year in Lebanon, CT. There’s rolling forests all over the place, some cabins, a beautiful lake with a couple of beaches, kayaks that we have access to, and one big field that we could fit about 15 basketball courts on which is where a large percentage of our gathering will be happening. It’s very remote so there’s very few neighbors so we won’t have issues making music which is part of the reason we chose it. The ceremony area will be far away from where everything will be happening to not impede on ceremonies. There’s a couple really big domes as permanent structures on site, with fire elements and hoods in the center, which are really nice with great acoustics for Kirtan chants and other things we have planned.

Shift: Last year there was an abundance of fantastic workshops, including one led by renowned author and educator Starhawk. What can of educational heart and mind expansion can we look forward to this year?

Jason: We have Grandmother Kaariina coming who is a pretty amazing being I met at Gratifly last year. We have alot of amazing people but to stand out like she does is a testament to how exceptional of a person she is. There’s a whole section this year called Earth Ways which is focused on permaculture. We have mycology workshops, shamanic journeying, wild medicinals, bellydance, Afro Flow Yoga, African dance, yoga, a sound sanctuary, sacred song circles, circus classes, Climbing PoeTree will be offering a workshop on our early arrival day, Thursday, and an ancestral consciousness workshop blending western and eastern culture.  We’re doing fermenting classes, breathwork, qigong, kung fu, acro-yoga, and 40 other things that I’m not recalling in this moment.

Shift: With Unifier in its second year, what lessons have been learned from last year’s inaugural festival that were used to enhance this year’s experience?

Jason: We’ve refined things so everything can run smoother. Communicating what we know and what we don’t know so there aren’t skill gaps when setting everything up and ensuring things go optimally.  Last year there was less of a model or map.  We’re improving our systems and are further along this year.  In a first year we were trying to convince folks of how amazing this thing could be.  In our 2nd year we have documentation of some of the amazing experiences folks have had, and so there is so much more support this year.  We also understand the importance of reaching out to locals even more.  Some of the locals in CT decided they didn’t want us back, before we even had our festival.

There’s alot that people these days feel is wrong with the world and so because of those shadow aspects in our consciousness we have a tendency to protect what we have and are familiar with and resist change, even if it is positive. We are really striving to show people who we are and put faces behind it to alleviate those fears and concerns.

Shift: Are there any sustainability initiatives that have been incorporated into the festival this year?

Jason: Yes! We have composting happening, a plate rental system, a tree planting initiative where we plant two trees for every hammock that we sell through a group called Elevated Movement, we’re planting flowers in a workshop, doing Hugelkultur with plants that bloom in June, so we can use them on our altars for next year’s Unifier. We’re trying to have all organic and local foods and have vendors that align with that vision at the festival. For future Unifiers we plan on building our own stage as a permanent structure.  Sustainability is a funny word.  We have a long term vision with this gathering.  As in multi-generational, conception to a place to lay our ashes.

Shift: With the ever-increasing number of transformation-focused festivals and gatherings, do you feel there’s a truly promising movement that’s happening at these catalysts for change? How do you see it evolving in the next few years?

Jason: I do.  Certainly at some of them.  They come in many flavors.  I think there’s definitely something that’s happening with these gatherings that bring people together in a space where they can express their true selves and expand and open themselves without fear of judgement.  There’s something really interesting happening in certain nooks and crannies of the transformational festival culture.  At some gatherings we delve into certain aspects of the movement but I think the key is to have a balance. We can party and have a good time without judgement but there’s a difference between checking out and tapping in. If we come home after a weekend and we’re drained and remember little, we really have to ask ourselves is this a positive transformation? If you come home after a weekend and feel refueled at the core level of your being, that’s transformation. Hopefully we bring back things we’ve learned and we share them back with our communities.  Transformation is not easy and there’s alot of things going on in the world that we’re still not looking at in the transformational community and so we can start by having the conversations about those things and working on diversity and holistic approaches.

Part of our vision is to create a land trust. Healing and expressive arts and ceremony are a focus and part of our mission. Ceremonial ecstatic experience that is lacking in mainstream culture, various ones, are at the core of lost cultures.  Let’s bring these ways of connecting back.  Societies in balance have rites of passage.   As far as eco-villages and regional centers for healing and expressive arts, that’s a big Yes.  I’d say the biggest thing we forget, that we can hold as a central theme to creating environments together is that WE ARE BORN TO LIVE CREATIVELY.   We are not born to work or pay the bills.  Unfortunately once were behind the wave, in survival mode, we forget to breathe and to serve something beyond our own need to survive and hold on.

Shift: What is the biggest challenge facing the transformational festival culture right now? What can we do as a community in response to it?

Jason: I think the condition with humanity in general is that we are afraid of our shadow and so we block it out and always focus on anything other than the void inside that we come into the world with.  I have it.  I think you have it.  I think everybody has it.   Practices, medicine, ritual that can help us confront our shadow aspects and other rites of passage can be tremendously helpful in doing so as well.  Compassion for the void within us can open the capacity to judge ourselves and others less.   Over and over we return to our old stories.  Can I meet my self with compassion and take myself less serious?   Sometimes.  I move forward as a producer with passion, and I balance that with ceremony and water.   If the transformational festival scene becomes escapist and about diversion then it’s at risk of crumbling. If it becomes focused on making money then it’s at risk. Alot of these festivals are popping up all over the place and I feel the ones that are going to crumble are the ones that are mostly about the mad scientist/party thrower.   A focus on expansion before attention to pruning happens.  I get it.  It’s quite a lot of energy that comes through the folks that hold these gatherings.  If we create a festivals with intention and integrity I think that they will be the kind that will thrive and be a catalyst for effective transformation.

Shift: There’s a growing trend of have an intentional space at conscious festivals that takes on a sacred temple-style sanctuary role. Will something like this be at Unifier this year?

Jason: Of course! We have a ceremonial area with a sacred fire circle and sweatlodge. A fire will be kept there all weekend.  One of the domes will be a sacred space for chanting and Kirtan. Nature Dreamweaver will also be building a nest against this year.  Reliquarium Studios are designing the stages.  Some of the Kinnection folks are coming up from NC.   And we’ve chosen musicians and artists that bring heart and spirit.  We consider the entire event a ceremonial area, or a sanctuary.  For me it doesn’t get much more sacred than being on the Land in a forest with a huge body of water.  So many folks have been burned by the concept of the sacred, and we understand that.  But I do believe in our core, underneath any programming or wounding, we long to care deeply about nature and one another.  We long to understand our inter-connectedness.   And I’m so thankful to have opportunities to be with people in this way. 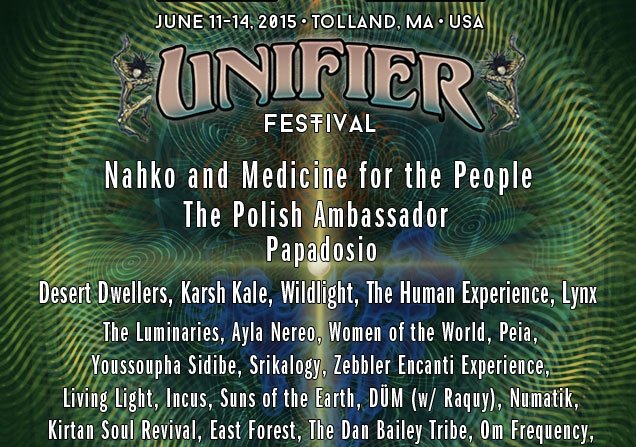