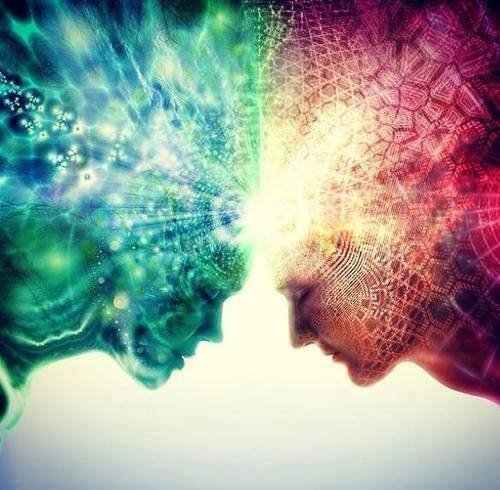 The world will be saved by Western Women ~  Dalai Lama, 2009

Not long ago I spoke to a friend who is part of a team organizing a consciousness conference. Looking at the speakers and their subjects, I was surprised that a conference dedicated to ‘ecology, consciousness, human evolution, spirituality, future’ didn’t include a topic that explored the outcomes of the imbalance of the feminine and masculine in our patriarchal societies. This was reflected in the line up of speakers, who were predominantly male. I checked a few more events in the consciousness conference calendar and found a similar picture: only one third, or sometimes even less, of the speakers were female.

This wouldn’t be worth mentioning if we were dealing with a different subject, but it certainly warrants some reflection when we look at conferences within the consciousness, eco, and spirituality scene. We all begin to understand that a functioning, sustainable whole requires the feminine and the masculine to be integrated within the individual and within humanity as a whole, and we are increasingly aware of the dysfunctional results of millennia of human development based almost solely on patriarchal, masculine value systems.

The issues deriving from this one-sided way of thinking and being reach from the appalling way women were, and still are, treated all over the world to the over-exploitation of our planet’s (mother earth’s) resources. They show themselves in the way we use wars as a means of conflict resolution and in the non-caring, self-centered attitudes of our societies. They have led to the exclusion of the feminine from our major religions and to valuing individual success, hierarchical structures and left-brain scientific thinking more than caring for communities, sharing structures and emotional  intelligence and connection.

None of the countless issues we face on this planet today can be resolved by our current way of thinking and being, based on our established, mainly masculine, value systems.

So, why is the feminine principle not more prominent as a subject and, as importantly, why aren’t more women invited to speak about it? When I asked my friend, who is a heart- and soul-orientated guy, this question, he replied “Oh, it didn’t even occur to us.” Yes, that’s exactly it! It is a kind of ‘thoughtless’ acceptance of the status quo. 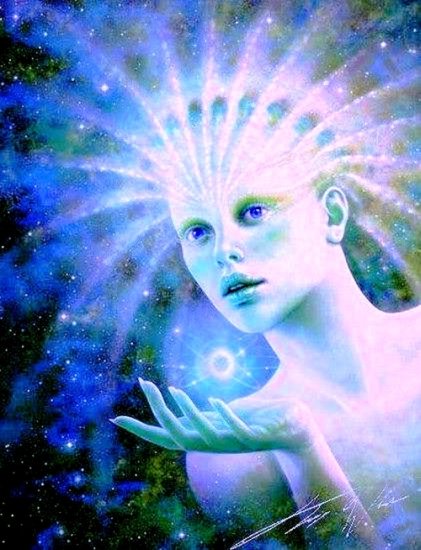 The feminine wasn’t always subordinate to the masculine. As far as we know, it was the earth – nature itself  –  who provided our ancient, tribal forefathers and mothers with the concept of the Great Mother and with a value system based on nature’s ways and cycles. The Great Mother was a symbol of life itself. In her womb grew all of life; from her body emerged all of life; she sustained all of life through the nourishment she provided, and all living things returned to her when dying. Therefore, the Great Mother, as an inclusive force of life and its cycles, was seen as being sacred.

The feminine principle stems in its origins from this nature-based concept, as the female body exhibits the same patterns and cycles as nature. Consequently, the feminine was seen as the life-giving, nurturing, sustaining and life-embracing force, the ‘creative vessel of life that contained, birthed, nurtured and protected’. Not surprising, then, that ancient people respected the feminine.

Over many millennia, we developed from a tribal, hunter-gatherer existence. We became more powerful users of tools and resources; we established agriculture and individual possession; we begun to fight territorial wars; we started  to build big cities and civilizations and we grew in numbers. And as all of this was happening, our spiritual systems changed: the feminine, as the sacred womb-creatrix, was replaced by the masculine all-powerful god-head. We went from female goddesses and priestesses, to both male and female deities, and then to the dominance of the male gods and male priests.

These gods were fierce, war-orientated, powerful creatures, competing with each other for influence and for the possession and sub-ordination of the feminine. This became increasingly evident in ancient Greece around 500 – 400 BC, but so far as our current state of consciousness is concerned the subjugation of the feminine principle reached its culmination in Judaism, Christianity and Islam. In these three ‘religions of the book’ the ‘one masculine God in the sky’ is firmly established whilst the sacred feminine disappears either completely or is, as in Christianity for instance, replaced with a split, guilty woman and a holy mother, subordinated to her son.

It should therefore be no surprise that, parallel to this development, and driving it economically and socially, value systems based on the masculine came increasingly to dominate all levels of society. The feminine, which is defined as the life-giving, nurturing, heart-centred (emotional), intuitive, life-sustaining and circularly-connecting force was increasingly suppressed, belittled, devalued, silenced and even persecuted — and firmly defined as ‘inferior’ to the masculine force, which is the head-centered (analytical), rational, hierarchically directed, seeding, fight-orientated and conquering force. 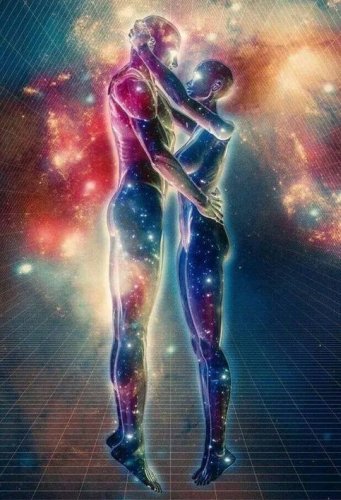 This gradual implementation of a patriarchal, masculine (value) system, which is too complex in its many strands to describe in one article, has brought us much by way of material, scientific and cultural riches, but has now reached a point where the destructive outweighs the benefits, where it cannot serve us any longer. Basic attributes of the feminine principle, the life-giving, life-sustaining, the nurturing, the emotional, the intuitive, the inclusive and connective, as well as the wild, nature-based force need now to be brought to the fore, valued and implemented. These values need to enter into our consciousness as a system on which we base our way of life, our relating to each other and our decisions, if we want to find ways and means to create positive change.

No longer is it helpful to look at our problematic development needs from a dis-connected, head-centered, self-serving, exploiting view of life. We need to cultivate a way of being that strives for emotional connection and honours intuitive knowing, a consciousness that helps us to experience ourselves as being part of the whole living community. No longer can we afford to base our life on a war consciousness that demands ‘to conquer markets’, to make ‘war on drugs and terror’, to ‘fight climate change’, to ’struggle for success within hierarchical systems’. No longer can we afford to turn a blind eye when looking at the mental health statistics, which show that a quarter of the UK population now suffers from depression and/or anxiety. Our rational, pharmaceutical and profitable approach to this problem is to medicate, but we need the nurturing, caring, sharing, compassionate and feminine approach if we are to create a society that does not suffer chronically  from mental  health problems. And no longer can we ignore that loneliness and isolation is at an all-time high in our elders, who should be the source of our wisdom teachings,  and in our young people, who are our future.

No longer can we afford to put factual knowledge above the emotional, communicative and intuitive, because the vast knowledge and facts we have accumulated neither deter us, nor do they make us feel compassionate. We have, for instance, become numb to the fact that we rear animals brutally and slaughter them to provide us with the 7 billion tons of meat we consume every year (that’s over 100,000 living beings per minute). We have numbed ourselves to the pain of the earth and become accustomed to the fact that we over-exploit her for resources, which are used mainly to keep up our so called ‘life-styles’ and to produce unnecessary goods. We have become numb to the suffering of mothers and children in war zones all around the world and rarely do we take the time to consciously form and contribute to communities, which might help us to overcome our isolation.

In other words, no longer can we afford to cultivate a consciousness that is based on masculine principles.

If we could just begin to feel again, instead of running away from our uncomfortable emotions by taking prescription drugs or distracting ourselves though entertainment, TV, internet, social media and more. If we could cultivate our heart responses, allow ourselves to communicate with each other more, tune into what is happening around us properly and feel the suffering, we could begin to take the first steps. If we would allow ourselves to honour woman in her wholeness, her life giving abilities, her cycles and wildness and all the stages of her life, from young to old, which would teach us much about nature. If societies would value woman’s ability to nurture and to connect, her capacity for endurance, communication and intuitive emotionality instead of wanting women to be forever young, plastically enhanced, sex-goddesses whilst expecting them to compete and succeed in the work place or stay in low paid jobs, nurture the children, care for the elderly, run our charities, stay out of religious hierarchies and whilst doing all of this and more, never, ever utter the word ‘feminism’.

When we allow ourselves to explore the feminine as a principle, to look at deeper ways of experiencing it, to bring feminine principle values, such as compassion, emotional intelligence, connecting, sharing, caring and nature connected wildness into our education systems and much more, then we will, and not before time, be taking vital steps in the right direction. Needless to say, I believe that the ‘consciousness scene’ should be at the forefront of this.

There can be no paradigm shift without honouring and implementing the feminine principle equally on all levels of society.

Christa Mackinnon holds a Master  of  Science in psychology and is a family counselor, clinical hypnotherapist and shamanic teacher. She has worked as a psychologist, therapist, trainer, lecturer and trauma consultant internationally for 25 years, and is an honorary teaching fellow at the Universities of Exeter and Plymouth in the UK.