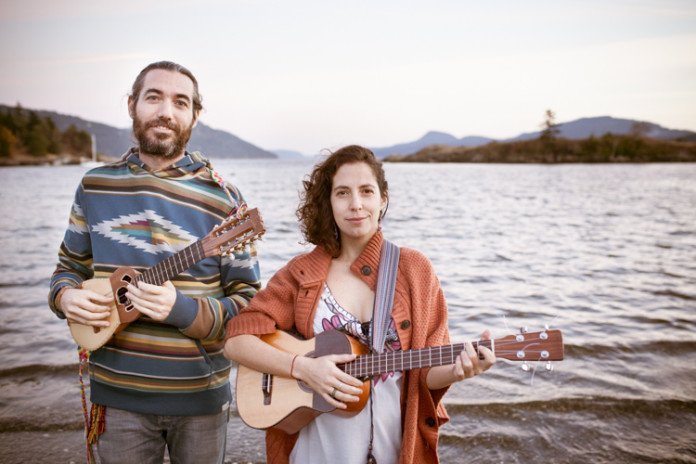 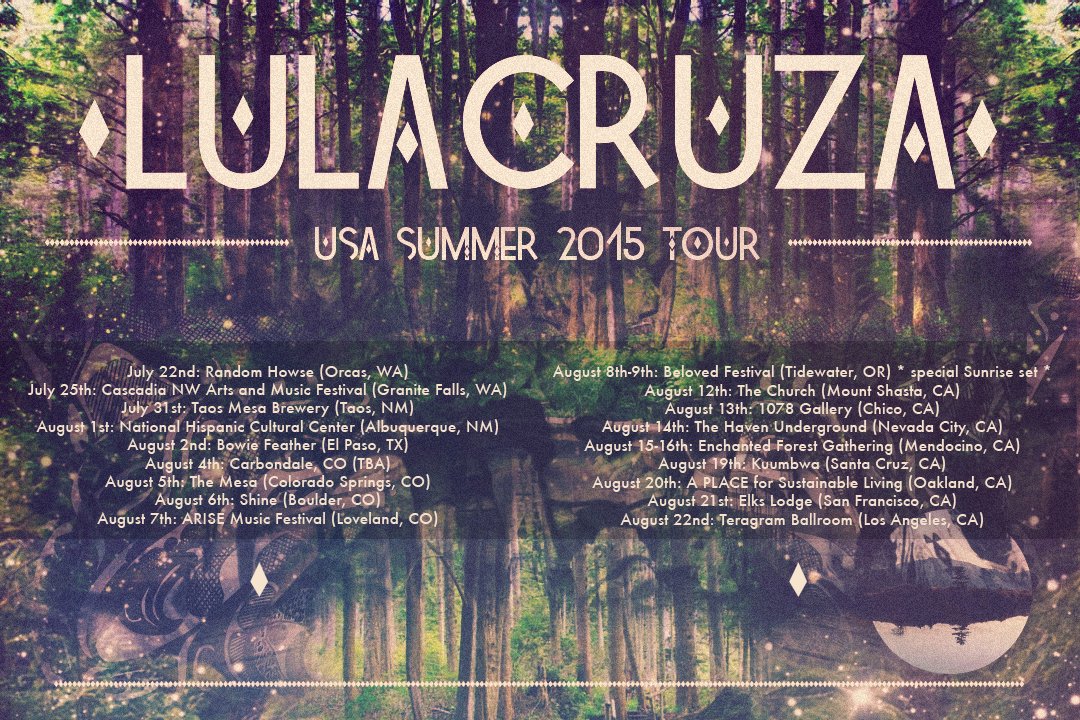 Journey through space and time with Lulacruza, the South American duo boldly embracing the intersection of electronic and folk music traditions as they head out on a 18-city summer 2015 tour through the United States. Traversing the jungles and mountains of South America, Lulacruza performances entrance like a shamanic ritual inviting all to “delve into deeper waters”, leaving ripples in your core.

The tour begins in the Pacific Northwest on the pristine Orcas Island in Washington where Lulacruza recorded their recently launched album,Orcas, mixed and mastered by frequent Nicolas Jaar-collaborator, Vance Galloway. Followed by a performance at the Cascadia NW Arts and Music Festival, the group will then move on to shows across the western region, including special dates in Los Angeles, San Francisco, Oakland, Boulder and Nevada City to New Mexico and more, as well as appearances at several festivals including Arise Festival and a special sunrise set at Beloved Festival.

This is a rare opportunity to catch Lulacruza while they are in the United States. Hailing from Colombia and Argentina, their raw performances have garnered a reputation for transporting audiences with their intimate, meditative qualities. Heavily informed by South American ritual and folklore, Lulacruza masterfully tread the line between electronic and acoustic, ancient and avant-garde. The duo play South American indigenous instruments like the Colombian cuatro, charango and bombo legüero and utilize electronic processing and sequencing, complemented by songbird Alejandra’s powerful, stirring vocals.

The announcement of Lulacruza’s tour follows critical acclaim for the duo from Huffington Post, who says “Orcas is a revelation. The music of Lulacruza can be heard in the wind that whispers in your ears, seen in the undulating trees and felt in the cadence of water”, Rolling Stone who says “Lulacruza bring together Colombia and Argentina with the rest of the world in an electro ethnic ritual”, Noisey Mexico, URB, The BPM, and more. The duo have previously enchanted audiences at transformational and electronic festivals such as Lightning in a Bottle, Decibel Festival, and Envision Festival – Costa Rica.

To get a taste of what’s to come, watch this video recorded of them at Envision Festival in Costa Rica.

Check out our exclusive interview with Lulacruza in our Envision Festival review here.