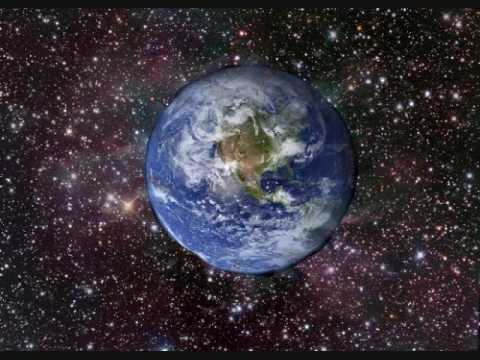 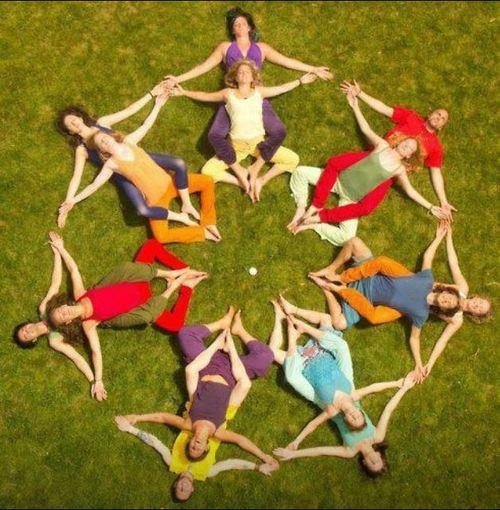 Contributing Writer for Wake Up World

So many are asking, “What can I do? How can I make a difference? How do I go about helping to effect the changes the world so direly needs?”

I repeatedly say to people to get conscious and you’ll know what to do. What does that mean? Gain empowering knowledge and information for one. And if someone’s asking those questions they obviously know just where to find it. The exponentially growing body of information available on the internet is an opportunity of the ages. I don’t know if this happened in the time of Atlantis or other previous advanced civilizations or not, but how unique an opportunity can we get?!

Look, read and learn. Then act on it.

Admittedly, growing up in a truly enlightened culture one wouldn’t have to do all this searching and have so many lies and cover up and so much disinformation to get past. It is time and energy consuming, especially for young minds under a variety of social pressures. But it’s our task to learn, and here we are, so let’s do it…

… and commit to it. Stop spending any unnecessary time giving the matrix our attention and energy. It’s bad enough if you have a job you don’t particularly like, especially if it’s helping to prop up this dying, vampiric system. Let’s “spend” our time being the difference. Remember, it’s the small things, small decisions, direction changes, little acts of love and kindness that change the world around us. The rest follows as we take on that awakened way of life and don’t succumb to the dumbing down mechanisms of the repressive matrix.

But don’t cry about what you can or cannot do and sit in front of the TV all day, or stay muzzled in your day to day life when you have an opportunity to speak up with what you already know. Check out The Full Circle Project being formulated as we speak and join the process. It’s time we find and empower each other! 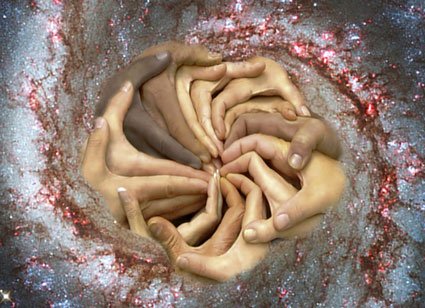 When the information comes flooding in you will eventually develop a deep spirituality. The only way this vast Universe can possibly operate is by forces and powers outside our sensory perception. Call it what you will and religions have done a great job at trying to keep it in a box, but SOMETHING is behind all this and is way powerful and wonderful.

One long look at a clear night sky says it all.

Then develop that spirituality. As you venture into the worlds of esoteric knowledge the dots begin to connect, same as they do while you investigate what’s really behind the scenes running the show here on earth as far as manipulated society goes. Then act on it. Meditate if that’s an avenue that appears to have some validity for greater consciousness and awareness, but let it lead to action as well. Pray if you’re so inclined. Chant, dance, sing, laugh, cry, scream….but take constructive action in both intention and personal responsibility.

I remember reading a famous proverb, “The desire of a lazy man kills him, because his hands refuse to work”. Hit home? Has for me many times.

Don’t worry, we’ve all been there. But now’s the time to take action. And as your consciousness grows and changes start to take place, the next step(s) will always make themselves manifest; be it writing a blog and networking on the net, attending or talking at gatherings, passing out flyers, hanging posters, talking to people you meet, joining or organizing intentional movements or communities, starting a youtube channel or blog or radio show, printing stickers or T-shirts, or just hugging and smiling and sharing love….or all of the above.

Be who you truly are. And help those already doing what you know is effective. It’s getting started that’s important.

“The boat has to be in motion for the rudder to take effect.”

It Matters – Every Bit Matters

Mother Teresa succinctly put it this way: “Do not wait for leaders; do it alone, person to person.” And look at her global impact, just by her example.

Quantum physics has made this powerful vibrational effect phenomenon a virtually accepted fact. The inter-connectivity and creative ability of consciousness is profound… and needs to be implemented in our thinking and way of life. Once we know how powerful we each are and what a profound effect we each have gets you off your duff and doing everything you can!

This is another empowering bit of information that conveys the power of change. It came out of a technical University study and was an encouraging discovery for those who were listening, and no doubt was an alert for social engineers who’ve been on to this stuff for a very long time.

According to this study, if just 10% of the population wake up (or what they call   “committed opinion holders” have a change) it would potentially turn society upside-down from its current paradigm.

I’ve included most of this entire article (in italics) as it’s quite profound:

Scientists at Rensselaer Polytechnic Institute have found that when just 10 percent of the population holds an unshakable belief, their belief will always be adopted by the majority of the society. The scientists, who are members of the Social Cognitive Networks Academic Research Center (SCNARC) at Rensselaer, used computational and analytical methods to discover the tipping point where a minority belief becomes the majority opinion. The finding has implications for the study and influence of societal interactions ranging from the spread of innovations to the movement of political ideals.

“When the number of committed opinion holders is below 10 percent, there is no visible progress in the spread of ideas. It would literally take the amount of time comparable to the age of the universe for this size group to reach the majority,” said SCNARC Director Boleslaw Szymanski, the Claire and Roland Schmitt Distinguished Professor at Rensselaer. “Once that number grows above 10 percent, the idea spreads like flame.”

To reach their conclusion, the scientists developed computer models of various types of social networks. One of the networks had each person connect to every other person in the network. The second model included certain individuals who were connected to a large number of people, making them opinion hubs or leaders. The final model gave every person in the model roughly the same number of connections. The initial state of each of the models was a sea of traditional-view holders. Each of these individuals held a view, but were also, importantly, open minded to other views.

Once the networks were built, the scientists then “sprinkled” in some true believers throughout each of the networks. These people were completely set in their views and unflappable in modifying those beliefs. As those true believers began to converse with those who held the traditional belief system, the tides gradually and then very abruptly began to shift.

“In general, people do not like to have an unpopular opinion and are always seeking to try locally to come to consensus. We set up this dynamic in each of our models,” said SCNARC Research Associate and corresponding paper author Sameet Sreenivasan. To accomplish this, each of the individuals in the models “talked” to each other about their opinion. If the listener held the same opinions as the speaker, it reinforced the listener’s belief. If the opinion was different, the listener considered it and moved on to talk to another person. If that person also held this new belief, the listener then adopted that belief.

“As agents of change start to convince more and more people, the situation begins to change,” Sreenivasan said. “People begin to question their own views at first and then completely adopt the new view to spread it even further. If the true believers just influenced their neighbors, that wouldn’t change anything within the larger system, as we saw with percentages less than 10.”

The research has broad implications for understanding how opinion spreads. “There are clearly situations in which it helps to know how to efficiently spread some opinion or how to suppress a developing opinion,” said Associate Professor of Physics and co-author of the paper Gyorgy Korniss. “Some examples might be the need to quickly convince a town to move before a hurricane or spread new information on the prevention of disease in a rural village.” ~  Source

Here’s an example for spreading opinions, my dear researchers: To wake up humanity to its true enslaved situation and its massive potential to absolutely thrive without these oppressive, death dealing manipulative overlords!

The Awakening Point is Here and Now

Interestingly, as mentioned above about feeling insignificant, when the number of “different opinion holders” is below 10% there’s this innate sense of futility because the fact is, as they say, it would take virtually next to forever for the ideas to move against those of the majority, mathematically speaking.

However, by simply breaking that 10% barrier some dynamic takes place, a type of critical mass is reached, and it takes on a life of its own.

A lot of this has to do with the perceived “popularity” of beliefs. Which makes sense. But let’s play along, shall we?

What we do know is people are swayed by these pressures. No doubt. Therefore change the input and playing field.

Now look at this amazing phenomenon…

Pretty encouraging and compelling. This has been challenged as being verifiable but it so resonates with how the underlying web of vibrational information works. Tune in and put it out there and it goes to work. Again, even settled science has confirmed this phenomenon, known to sages through the ages.

But so exciting is this parallel consciousness factor as well as the vibrational change aspect we’re undergoing. While these study parameters are social pressures and societal mechanisms as they’ve identified them, in reality we’re talking multi-level and multi-dimensional influences at play to help effect these vast and unlimited consciousness changes.

In other words, we’re moving fast towards that tipping point as we speak! I can’t give you any numbers or percentages, but it’s happening, so many can attest to this just in their local worlds! And ironically enough the more TPTB try to suppress it the faster it’s growing! All part of the process.

Glorious, isn’t it? What more could we ask?

Now let’s get busy. The sooner this thing ignites in a blaze of wondrous glory the better! And you don’t have to worry about the overall, just you and your part, and me and mine.

“It’s the action, not the fruit of the action, that’s important. You have to do the right thing. It may not be in your power, may not be in your time, that there’ll be any fruit. But that doesn’t mean you stop doing the right thing. You may never know what results come from your action. But if you do nothing, there will be no result.” – Mahatma Gandhi