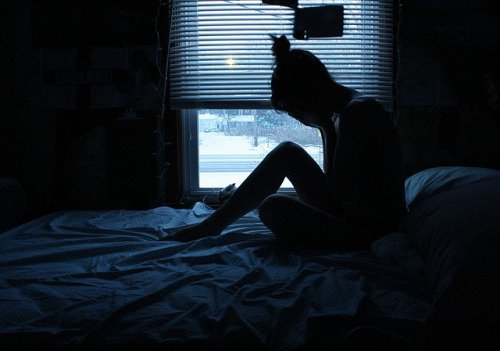 Is it a coincidence that people in high-octane jobs seem to have a streak of impulsivity, aggression and even unkindness? It is easy to assume that people with these character traits have simply chosen such work as their career, but is this fair? Instead, could it be that when people begin such jobs they have a completely different personality, yet over time, as chronic stress changes their brain wiring, their personality is completely altered?

Science seems to suggest the latter.

The ‘prefrontal cortex’ is our ‘logical brain’ and amongst other things, parts of it modulate our emotional brain networks and interact with our reward center, in order to solve problems and make decisions. It may call on a part of the brain, which is expert at filing memories (the ‘hippocampus’) to provide contextual information as it collates all the information it is being given. Studies are increasingly showing that chronic stress may shrink parts of the hippocampus and the prefrontal cortex.

There is a specific region within the prefrontal cortex (the dorsomedial cortex) that plays a role in impulsivity and the tendency for rash and risky behaviour. This type of behaviour has been found to inversely correlate with the size of this region. [1] [2] When we look at brain scans of people with depression, we often find this area to have been affected by shrinkage. [3] Chronic stress is a known trigger for depression and activity within this region of the brain has been shown to be reduced in proportion to the severity of post-traumatic stress disorder in one study on children. [4]

We need further studies to confirm whether stress reduces the size of this region, as this may explain how stress could potentially lead to risky behaviour and impulsivity.

Chronic stress might affect empathy and morality through its effect on neurotransmitters within the brain, primarily serotonin. Although the relationship between serotonin and depression is complex, we find that most effective anti-depressant medications work by raising levels of serotonin, implying that serotonin availability is defective in depression. [5]

Some studies suggest that chronic stress may also cause a reduction in serotonin availability. [6] [7]

If something affects serotonin, it has the potential of profoundly affecting one’s moral compass, as demonstrated by a rather striking study published earlier this year. A group of healthy volunteers were asked if they were willing to put themselves and others through an electric shock in return for a cash reward. The higher their serotonin level, the more reluctant they were to put others and themselves through this ordeal, despite the temptation of the reward. This remarkable finding shows how serotonin levels can affect kindness, empathy and even moral behaviour.

We need more studies to confirm these findings and see exactly how this dynamic would translate into the context of chronic stress. If serotonin levels are perturbed through chronic stress, as some studies seem to suggest, then this imbalance has the potential to affect a person’s judgment, empathy and even personality. [8]

Some work sectors are notorious for levels of stress and it is perhaps no coincidence that workers in these sectors are seen as being impulsive, aggressive and lacking in empathy. It seems plausible that this behaviour is merely a reflection of the cumulative effects of chronic stress on the brain.

Correcting these changes in the brain through directed stress-prevention strategies could potentially reverse negative personality changes, reduce aggression and unkindness and improve empathy, happiness and teamwork within the workplace. Highly stressful jobs are often blamed for marital disharmony and a breakdown in relationships and correcting the effects of chronic stress could also offer protection against such fallout.

The implications of this could be immense.

Greater levels of empathy, happiness and moral behaviour within occupations where stress and burnout are common for instance, within the military, medical and corporate sectors, could have wide-ranging implications on health, international relations and diplomacy whilst at the same time improving the moral compass of society as a whole.

Mithu Storoni MD, PhD is a medical doctor, science nerd, writer, yoga teacher, blogger and all round brain enthusiast dedicated to defeating stress from everyone’s lives. Backed by a Medical degree from the University of Cambridge, a PhD in Neuro-ophthalmology and experience in Neuroscience research, Mithu blogs about this on www.brainboostcamp.com. She has just written a book on stress and the brain which is in the pipeline.