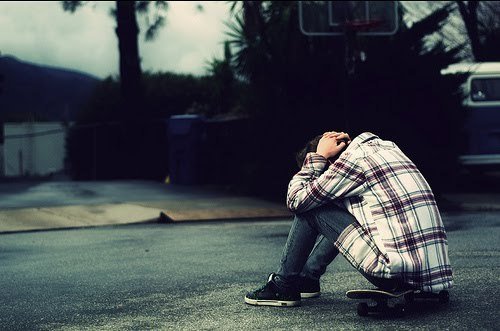 Sometimes in life, all the experience and knowledge simmering around in that ol’ consciousness of ours combines itself in a way that suddenly causes the cerebral clockwork to click into place, and in this fluid flow of thought we find an epiphany rising to the surface.

One such point for me came in my junior year at University. It changed the way I viewed the world forever as it catapulted me out of the last of my angsty, melancholic youth and onto a path of ever-increasing bliss.

At the time of this personal discovery, I was pursuing a double-major in Computer Science and Psychology. Aside from these declared interest, I also had an affinity for (Eastern) Philosophy and Neuroscience. This led to semester course load comprising of two 300-level psychology courses, one 300-level philosophy course, and a graduate-level artificial intelligence course for both biology and computer science majors. This amalgamation of studies quickly tore my brain into a dozen directions, and when I put the pieces back together, I found myself resolute with rational reasons for optimism and for removing from my life the people who liked to complain. 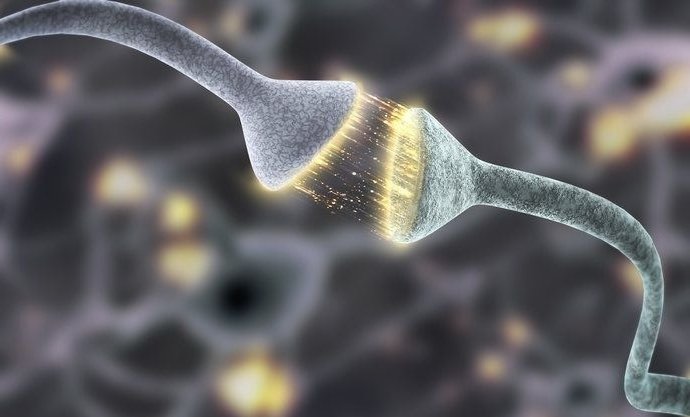 This was the first phrase my AI professor told the classroom, and to this day it is still one of the most profound bits of logic I hold onto in order to dictate the decisions of my life. The principle is simple: Throughout your brain there is a collection of synapses separated by empty space called the synaptic cleft. Whenever you have a thought, one synapse shoots a chemical across the cleft to another synapse, thus building a bridge over which an electric signal can cross, carrying along its charge the relevant information you’re thinking about. It’s very similar to how nerves carry electric from the sensation in your toe all the way up to your brain where it’s actually “felt”.

Here’s the kicker: Every time this electrical charge is triggered, the synapses grow closer together in order to decrease the distance the electrical charge has to cross. This is a microcosmic example of evolution, of adaptation. The brain is rewiring its own circuitry, physically changing itself, to make it easier and more likely that the proper synapses will share the chemical link and thus spark together–in essence, making it easier for the thought to trigger. Therefore, your first mystical scientific evidence: your thoughts reshape your brain, and thus are changing a physical construct of reality. Let that sink in for a moment before you continue, because that’s a seriously profound logic-bomb right there.

Beyond the absolutely incredible fact that your brain is always doing this, consistently shifting and morphing with every thought, even more exciting is the fact that the synapses you’ve most strongly bonded together (by thinking about more frequently) come to represent your default personality: your intelligence, skills, aptitudes, and most easily accessible thoughts(which are more-or-less the source of your conversation skills).

Let’s dig deeper into the logic behind that. Consider you have two pairs of people throwing a ball back and forth. One pair stands ten feet apart, the other at a distance of 100 feet. One partner from each team throws their ball to their respective partners at the exact same moment with the exact same speed. The first team that catches the ball gets to dictate your personal decision and mental state of mind.

So which team will get the ball first? Basic physics of distance, time, velocity tell us that it will always be the pair standing 10 feet apart. Well this is basically how your thoughts work. Through repetition of thought, you’ve brought the pair of synapses that represent your proclivities closer and closer together, and when the moment arises for you to form a thought ( and thus throw our metaphorical ball of electric energy), the thought that wins is the one that has less distance to travel, the one that will create a bridge between synapses fastest.

So if your mind hadn’t already exploded when you learned you could alter reality with your thoughts, you may want to get ready for it.  Because guess what? It’s not just your thoughts that can alter your brain and shift those synapses; the thoughts of those around you can do it as well.

If there’s any ability that truly separates us from our primate ancestors, it’s that of imagination. It’s the root of all art and architecture, of the (fictional) stories that formed religions that now control the lives of billions—even to the point of war over which fairytale is the “right one.”

That human failing aside, imagination lets us live in the past and in the future, and by escaping the present moment we can use our memories of the past to predict what will happen in the future; ie: I know from past experience that fire burns skin, so I know inside my minds-eye that if I stick my hand into a fire I will lose my flesh. This is so instinctual we don’t even recognize it’s constantly happening with every symbol that we’re perceiving in our day-to-day moments. But it is this ability that allows us to navigate the complexity of our society. Even more exciting is the fact that this skill also works with emotions, not just situations.

The premise, again, is quite simple: When we see someone experiencing an emotion ( be it anger, sadness, happiness, etc), our brain “tries out” that same emotion to imagine what the other person is going through. And it does this by attempting to fire the same synapses in your own brain so that you can attempt to relate to the emotion you’re observing. This is basically empathy. It is how we get the mob mentality, where a calm person can suddenly find themselves picking up a pitchfork against a common enemy once they’re influenced by dozens of angry minds. It is our shared bliss at music festivals, or our solidarity in sadness during tragedies.

But it is also your night out with your friends who love to constantly complain, whether it’s about their job, the government, or about their other so-called friend’s short-comings, or whatever little thing they can pick apart in order to lift themselves up and give themselves some holier-than-thou sense of validation when you nod your head in acquiescence, agreeing like a robot afraid of free-thought.

As you continually surround yourself with this attitude, you are continually trying out this attitude by firing the synapses in your brain. And as I explained above, every time you fire these synapses, you’re reshaping your brain. This is why it is so important to spend time with people who lift you up, because your friends are moving those fearful, cynical, pessimistic synapses closer together, making your default, short-path-personality as jaded and bitter as your peers. Want to be happy? Surround yourself with happy people who rewire your brain towards love, not towards fear of being invalidated.  I’m NOT saying don’t be there for friends who are having a hard time and need an ear or who need to work through a difficult situation. Nor am I saying you can’t be critical about the failings and injustices in the world. Positive change usually requires critical thought.

Stress will kill you.

You see, the thing about all this negativity, of regretting, of attachment to desires, of pointless complaining about impermanent things that will always continue to pass in an existence where time moves forward—the thing is: it all causes stress. When your brain is firing off these synapses of anger, you’re weakening your immune system; you’re raising your blood pressure, increasing your risk of heart disease, obesity and diabetes, and a plethora of other negative ailments–as PsychologyToday points out below.

The stress hormone, cortisol, is public health enemy number one. Scientists have known for years that elevated cortisol levels: interfere with learning and memory, lower immune function and bone density, increase weight gain, blood pressure, cholesterol, heart disease… The list goes on and on.Chronic stress and elevated cortisol levels also increase risk for depression, mental illness, and lower life expectancy. Recently, two separate studies were published in Science linking elevated cortisol levels as a potential trigger for mental illness and decreased resilience—especially in adolescence. Cortisol is released in response to fear or stress by the adrenal glands as part of the fight-or-flight mechanism.

And if you need more evidence for the damaging effects of stress, there are innumerable more studies that show the negative impacts of pessimism, bitterness, and regret on your health. Here’s one from the MayoClinic and another from APA.

Regardless of what the universe brings your way, your choice is simple: Love or Fear. And yes, I understand it’s hard to find happiness on those nights when you feel like you’re all alone in the world, when a loved one passes, when you fail that test or get fired from that job; But when these moments come, you do not have to live in regret of them, you don’t have to give them constant negative attention and allow them to reshape your brain to the point that you become a bitter, jaded, cynical old curmudgeon that no longer notices that the very fact that they’re alive means they get to play blissfully in this cosmic playground where you get the godlike power of choice.

What you can do is say; “Yes, this sucks. But what’s the lesson? What can I take away from this to make me a better person? How can I take strength from this and use it to bring me closer to happiness in my next moment?” You see, a failed relationship or a bad day doesn’t have to be a pinion to your wings, it can be an updraft that showcases to you what things you like and don’t like, it can show you the red flags so that you can avoid them. If there was a personality your ex-partner had that drove you insane, then you now have the gift of knowing you don’t want to waste your time with another partner who acts the same way.

If you are mindful to the lessons of the failures, there is no reason that you can’t make the default of every day better than the one before it. Do something new everyday, learn its lesson, choose love over fear, and make every day better than the last. The more you do this, the more you will see and appreciate the beauty of this existence, and the happier you’ll be.

This article has been republished from Curious Apes

Born and raised in Cincinnati, OH, Steven Parton moved to Portland, OR after getting a degree in Computer Science. As well as programming software, apps, and websites, he is an avid writer of novels and short stories, which can be found through Curious Apes Publishing. Like most Portlanders, he also rides a bike and loves IPAs. His latest book can be found at Amazon