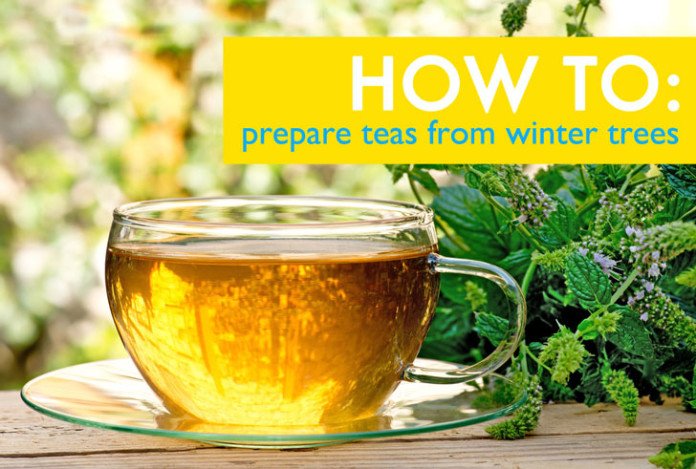 People have been using plants for both food and medicine for thousands of years, and most of us are probably quite familiar with several healing teas or infusions. Have you ever made peppermint tea to soothe an upset belly? Or steeped a cup of chamomile to calm jangled nerves and help you sleep? These are just a couple of plants that we have turned to for both help and mere enjoyment over the years, but many people don’t realize that certain trees can also be used to make beneficial drinks, especially over the colder months. 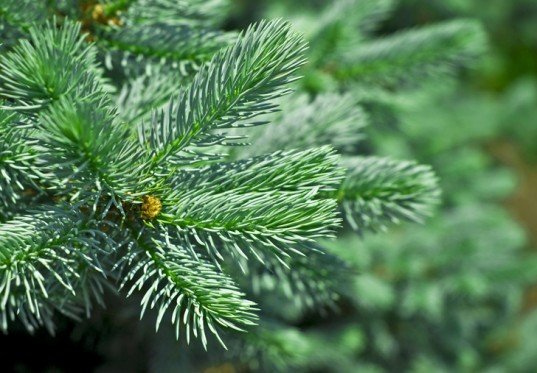 You can make spruce tea year-round, and the needles you use will influence the taste of the tea: young, light green spruce tips will yield a light, slightly lemony flavor, while mature needles harvested during the winter will create a stronger, slightly more bitter tea. If you’re harvesting the needles in wintertime, try to choose the ones that are the lightest green, as those will be the newest needles. Wash them off, use a sharp knife to cut the needles from the central twig, and then either crush or chop the needles themselves.

When it comes to making a spruce needle infusion, do not boil the needles in water—instead, boil a kettle full of water and then pour that over a tablespoon or so of the crushed needles. They contain a great deal of vitamin C as well as beta carotene and have a slightly sour taste, so feel free to add honey or other sweetener to taste.

Note: it’s best to avoid drinking spruce tea if you’re pregnant, as it can act as an abortifacient. 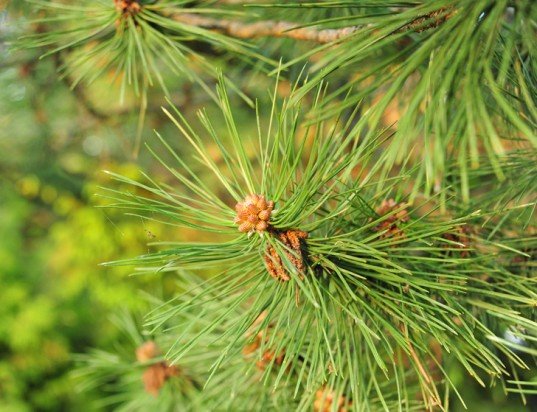 Pine needles also contain an incredible amount of vitamin C, as well as vitamin A, a slew of B vitamins, and several antioxidants. Per volume, pine needles have five times the vitamin C found in lemon juice, or eight times as much as orange juice. If you’re aiming to fend off scurvy this winter, pine is probably your best friend. You can prepare the tea in the same way as you would spruce tea, and sweeten the tea if you find that it’s too intense to drink on its own. If you find the flavor too concentrated, feel free to dilute it until it tastes right to you. If you have any brewed tea left over, feel free to add it to a hot bath or even a steam inhale: if you have any chest congestion thanks to cold and flu season, it should loosen things up and let you breathe more easily.

As a tip, pine bark contains flavonoids that can boost the effects of vitamin C, as well as helping its absorption into the body. Additionally, if you’re going to add some into your tea, please just use a tiny bit so you don’t hurt the tree. 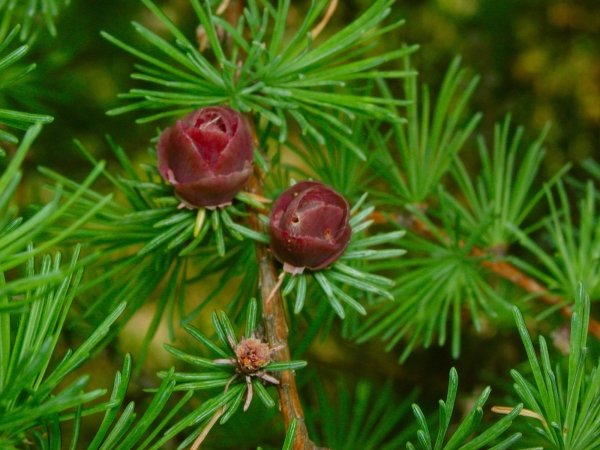 Although tamaracks are members of the pine family, they’re the only conifer that loses needles in autumn and winter. They’re found in temperate, boreal forests, and are often tucked in among black spruces. Since it has no needles on it after October or so, it’s best to use bits of bark and twig for your tea, as they’re also packed with vitamin C and have a lovely green, earthy flavor. Tamarack bark has anti-inflammatory properties and has been used as a decongestant and expectorant for chest complaints, but keep in mind that it also has strong laxative properties as well—use it sparingly, unless that’s the effect that you’re aiming for. 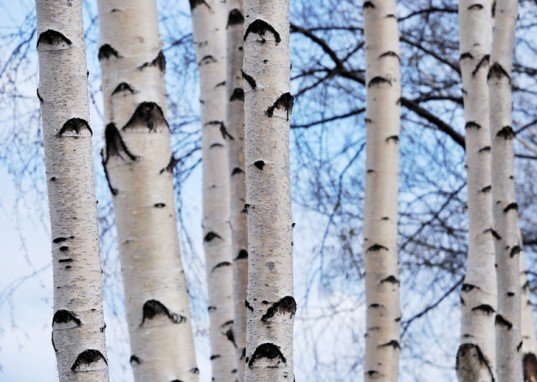 This beautiful tree can be used to create a fragrant tea that has a subtle wintergreen flavor, and tastes absolutely incredible with a bit of honey, agave, maple or birch syrup (which can be tapped like maple in springtime) added to it. It’s full of vitamins B1 and B2, as well as calcium, magnesium, and zinc, and the best parts to use are the twig-tips, but you can also add a bit of the inner, pinkish part of the bark as well. The outer, papery bark is flavorless and has few medicinal or nutritional properties, but please don’t peel it off trees just for the fun of it: if you find a piece that’s peeling somewhat, try to just trim that off and take what you need. It’s the tree’s skin, after all.

The best way to make this tea is to take 7-10 small twigs from the ends of branches, wash them off, and either crush them or chop them up a bit. Place these in the bottom of a teapot, and pour two cups of hot, freshly boiled water over them. Let that steep for a few minutes, and strain into cups. Add sweetener to taste. 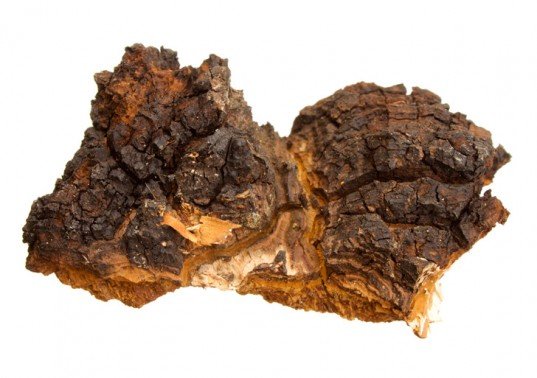 Now, in addition to a tea brewed from the birch tree itself, there’s another plant associated with it that may be worth looking into: Chaga is a type of fungus that grows almost exclusively on birch, and its medicinal properties have been recognized for thousands of years. Known by names such as “The Diamond of the Forest” and “The Mushroom of Immortality”, chaga can be brewed into a tea that apparently tastes like an interesting combination of tea and coffee, with a pleasant earthy aspect to it as well. I haven’t tried it yet, but I’m eager to do so, and am in the process of researching the most eco-friendly/sustainable sources from it. Although I have found chaga growing on some of the trees in the forest near my home, I’ve been hesitant to harvest it as I don’t want to damage the host tree itself. I’ll keep you posted on this, though!

As with any medicinal plant, it’s important to do your research before brewing anything to ensure that it’ll be safe for you. If you’re on any kind of medication, talk to your health care provider to ensure that there aren’t any contraindications with what you’re taking, or that the plants you’d like to try won’t aggravate any health issues. Just as pregnant women should avoid spruce tea, it has been noted that extensive consumption of pine needle tea can lead to light sensitivity, and people with seasonal allergies may react negatively to drinking infusions made from tree bits. Use common sense, educate yourself, and try a small amount to test your reaction before brewing up a big pot and chugging it in one go.