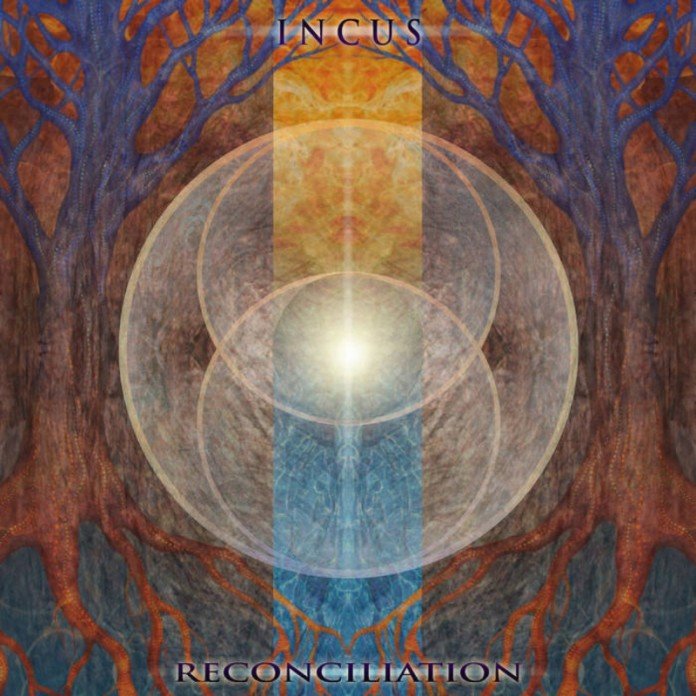 If you’ve see our coverage of last year’s Unifier Festival, you’re familiar with Jason Cohen, the producer of the conscious festival. What you may not know is that he also has a band, Incus, which has released a new album entitled ‘Reconciliation‘.

Drawing on varying influences both musical and spiritual, Incus stands beyond simple definition in its musicality and style. Incus expresses a willingness to embrace the totality of human emotion. An Incus performance is a gathering of people who come together to live and breathe the fullness of being alive, to raise the energy to move toward ecstasy. The element of fire both illuminates and transforms, and it is this energy that Incus embodies while holding space for people to acknowledge the dark and move toward the light.

Incus has appeared at Burning Man, Envision Festival, Unifier Festival, Gratifly Festival, Disc Jam, and at various venues in the US and in Central America. Jason Cohen, the visionary force of the band, is the producer and artistic curator for Unifier Festival, and is also known for his work producing 27 Forestdance gatherings, which have taken place in 7 US states and nine times in Costa Rica.

The new album from Incus offers sacred songs of transformation. These songs are inspired by the experiences and wisdom from numerous all-night ceremonial fire circle dances, namely Forestdance Gatherings. The album fittingly illustrates how Incus engages their live audiences in call-and-response singing, inspired by kirtan. This practice blurs the lines between performers and audience, which aside from creating transformational and healing energy, cultivates a sense of community — an experience in which everyone involved can feel oneness with the music and with each other.

From the beginning of the album, there is an energy of sacredness both in the words and the music. The entire album feels very intention-based which I feel helps create the depth that is felt when you listen to it. The song with the same name as the album, Reconciliation, invokes one of the most transformative phrases, Hoʻoponopono. This is essentially a code of forgiveness that has as a direct result of it an inner peace that then reflects as outward peace as others acknowledge these four statements:

I am sorry
Please forgive me
Thank you
I love you


If you meditate on these powerful transmissions, you can not only heal wounds you have given yourself, but also wounds you have given others whether consciously or otherwise. If we look at the struggles we are all facing personally we can relate to the struggles every other one of us is facing and empathize with this truth. To hear Ho’oponopono in a song makes it a particularly powerful expression that you feel perhaps even more strongly.

After listening to the album a few times, I’ve found it grows on me in a way similar to kirtan where I could see how naturally a call-and-response would be at one of their shows. With songs like The New Warrior Song and The New Medicine Song, you can’t help but sing along with the chorus. The uplifting and inspiring lyrics excite within you a stronger connection with the Earth and with our brothers and sisters living on it.

Words cast spells…that’s why it’s called spelling. Every time we say something, we are transmitting a specific energy signature that is tied to those words. With lyrics such as those found on Reconciliation, the spells cast are those that bring you tranquility, empathy, reverence, joy, and comfort. This is a beautiful album that we highly recommend that you take a listen to and support.

Reconciliation was recorded acoustic and live at Northfire Studio in Amherst, Massachusetts, and in the fall, Incus is recording a plugged-in sister album to this full-length release. The new album is available now at their website, Bandcamp, and iTunes. Feel free to learn even more about Incus at their website here, and their Facebook page here.