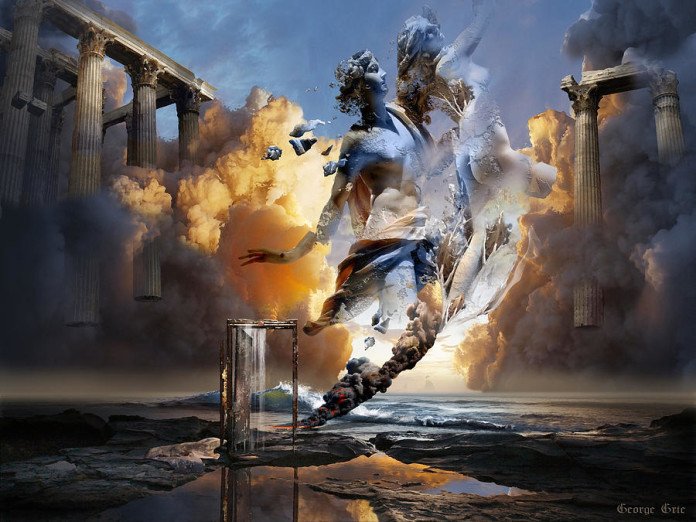 The following are questions submitted to an Anarchist media collective concerning where do we go from here given the rise in service-to-self (STS), egoistic movements such as nationalism, authoritarianism, & other isms, and tensions among a divided society pitted against one another by the Powers that (still) Be. Several strategic suggestions are given for those who want to reclaim their sovereignty as to what specific changes and actions can be taken to ensure the new paradigm is based on individual sovereignty & collective unity and a society where love trumps hate.

Q: First question comes from Youtube commenter The Unapologetic Leftist, who asks “Why do you think [some] liberals are against antifa and against [more direct measures to oppose and diminish the influence of] Nazis?”

STIM: Well that’s easy… it’s because liberals are cowards who don’t want to rock the boat. Kinda like those so-called “Good Germans” who didn’t do anything to stop the rise of Hitler and his goose-stepping Gestapo homies, liberals don’t see Nazis as a direct threat to their own well-being, so they’re unwilling to question deeply-ingrained myths, that they have been spoon-fed their entire lives by the state and capitalist media to keep them docile and subservient. At the end of the day, liberals don’t really believe very strongly in anything, which is why they find people with strong beliefs so irrational. Especially if they’re willing to act on them. Their own values change constantly, depending on the prevailing winds of popular opinion… and whatever positions they hold on a particular issue are generally aimed at maintaining a smug feeling of moral superiority. That’s why I [criticize] so-called “progressives”. It’s a completely relative term… it’s basically like saying “I’m better than you” and using that to describe your political orientation.

Q: Next question comes from youtube user Max Stirner, who asks “Why do you think the alt-right has such a huge online presence?”

STIM: I think the spread of the alt-right is based on a bunch of factors that are specific to our particular time and context. First of all, here in Turtle Island, the past few years has seen a big spike in resistance coming from traditionally marginalized groups… from Black, Brown and Indigenous people, to women, trans and non-gender conforming folks. And history has shown us that any time marginalized groups have begun to collectively challenge the oppressive status quo, those in the dominant group see this as a threat to their privileged social position, and organize to reinforce the systems of oppression that they’ve been used to benefiting from. In this case, it’s no surprise that the alt-right has brought together a toxic mix of white nationalists, neo-nazis, and MRA-type misogynists…. not to mention the fact that it seems to be almost completely composed of white dudes.

I also think that identity politics have really morphed into a crude type of liberalism for a large part of the left, and this is something that’s been really helped along by the whole echo-chamber effect created by Facebook. More and more individuals are starting to see any form of debate or disagreement with their own views and opinions to be an attack, or a violation of their safe space, or whatever. That type of orientation leaves itself pretty open to mockery from people who don’t share those views, and the alt-right has seized this opportunity with both hands.

Last, but not least…. I think it’s pretty telling that this movement has taken shape over the Internet, and not in the streets. Lots of people talk trash on the Internet that they would never say to a person’s face… just look at the comments on my Youtube videos. So… the fact that they’re safe behind their keyboards lets these individuals be as extreme as they want without having to deal with the consequences that they would face if they were actually meeting and organizing IRL. It’s important that we never allow them to win control of the streets… or else we’re in for some dark times.

Q: The next question comes from Twitter handle “Soleil from Astoria”, who wants to know what you thought about that last commenter. Their question is “what do you think about Max Stirner, Egoism and individualist anarchism.”

STIM: To answer your question, Soleil…I think Stirner and other individualists have made some important contributions to anarchist theory, and I agree that individual autonomy is a vital safeguard against the tyranny of the collective.  But at the same time, focusing solely on individual autonomy at the expense of collective struggle seems to me to be a huge cop-out. It seems to be a bit of a slippery slope. I just think there needs to be a healthy balance between realizing your own desires, and channeling your effort and sacrifice into something bigger than yourself.

Q: Next question is from twitter user Alex Berkmensch, who asks “Do you think anarchists can be in solidarity with Israel.”

STIM: I don’t think anarchists can be in solidarity with any state. That said, I’ve got Israeli comrades, and I do think that people can and should be in solidarity with Israelis… particularly those who are repressed by their own government for demonstrating solidarity with Palestinians. I do also think that while criticizing Zionism isn’t necessarily anti-semitic if it’s done through an anti-colonial lens, that lots of leftists in this part of the world are pretty comfortable criticizing the Israeli occupation of Palestine, and would benefit from spending a little more time looking in the mirror with regards to their own relationship with Indigenous peeps here in Turtle Island.

Q: Next question comes from Youtube user The Vegan Anarchist, who asks: “What do you think about Animal Liberation and Veganarchism? Are you going Vegan?”

STIM: Lots of people have asked me about this over the years. So… to answer your question, I’m not a vegan, and don’t plan on going vegan anytime soon. I guess maybe I haven’t found the right vegan taco recipe yet. I do have lots of comrades who are vegan, and I respect their reasons for doing so. Factory farming is horrific, and I have serious respect for militant animal liberation activists who put themselves on the line to jailbreak furry critters out of fur farms, and mess up vivisection labs and things like that.

But at the end of the day, if I’m being honest, I don’t think it’s realistic that a critical mass of people are going to go vegan, and that’s going to bring down the meat and dairy industries. It’s kind of like those people who pin their hopes on bringing down capitalism by having everyone putting their money into credit unions. Not going to happen. I also think it’s important to respect the fact that hunting and fishing practices make up a vital part of many Indigenous peoples’ traditional way of life, and it’s messed up to lecture them about that, because it’s really industrial capitalism and colonialism that’s messed up human beings’ relationship to nature and the animal kingdom.  So I guess my answer is that veganism is a respectable choice, but it’s not everyone’s choice… and as an anarchist I’m against forcing people into making particular lifestyle choices.

Q:  Next question comes from Jane Smith on Facebook, who asks “What do you think of Anonymous”… and also, Ash Fawkes on Youtube, who asks “How much do you love AnonResistance?”

STIM:  I think Anonymous and particularly AnonResistance are crucial steps towards building a multi-faceted resistance movement that can adapt to and take advantage of the changing realities of the cyber era. I don’t agree with, or condone every action claimed by Anonymous, but that’s to be expected from a loosely structured, decentralized and…. anonymous group like that. I hope that anarchists and other freedom-loving people with the necessary hacking skills keep pushing back at those who seem to make up the more reactionary elements within the group.

We’re at a point in history where, more than ever, information is power… and so the fact that there’s an anarchist, or at least anarchist-sympathetic hacker group is so crucial. The next few years I think we’re gonna see cyber-warfare become an even more important battlefront between states… And it’s paramount that those resisting tyranny have the ability to wage their own cyber responses and strategies.

Q: Next… Youtube user jugeoben asks “Have you heard of anarcho-primitivism? If so, what do you think of it?”  Also, a whole bunch of people mentioned your politics seem to have changed over the years, and want to know what you think about Derrick Jensen and Deep Green Resistance

STIM:  Well, jugeoben, to answer your question first… yes, I am familiar with anarcho-primitivism.  Lots of people over the years have referred to me as an anarcho-primitivist, even though I’ve never used the label to describe myself. There’s generally not much space given for nuance on the green anarchist side of things. I think primitivism was useful for some of the critiques it made of industrial civilization, but I think the solutions it offers to those problems are utopian, to put it mildly.  People are not going to stop using technology and return to some sort of ancestral nomadic way of life from back before the dawn of agriculture. I think that a lot of former primitivists have acknowledged as much…

As for the stuff about End:Civ… all I can say is that when I made the movie, Deep Green Resistance, as a movement, didn’t exist. I don’t agree with any of the stuff that Derrick Jensen or other members of DGR wrote or said about trans folks… a person’s gender identity and expression is their own choice to make, and it’s messed up to exclude trans people from gender-specific spaces.  I do still agree with a lot of what was included in the film… But in hindsight it was a mistake to focus it so heavily on the ideas of a single personality.

Q: Seriously, why are you quitting?

STIM: After some serious self reflection me and my Submedia partners have decided to try something new. While this show has provided us with a venue to vent our frustrations, critique politicians, edit resistance footage to great music and interview some courageous revolutionaries, we felt we could put our efforts into exciting popular education videos that are not so tied to the news cycle and therefore have a longer shelf life, films that are useful to people who want to organize social events, and pull people away from the isolation of their computer screens, and into social spaces where they could meet others, converse and conspire together.

Stay tuned on February 2017 for our brand new website that will live in our even shorter domain name sub.media

This has been edited and republished with permission from Submedia