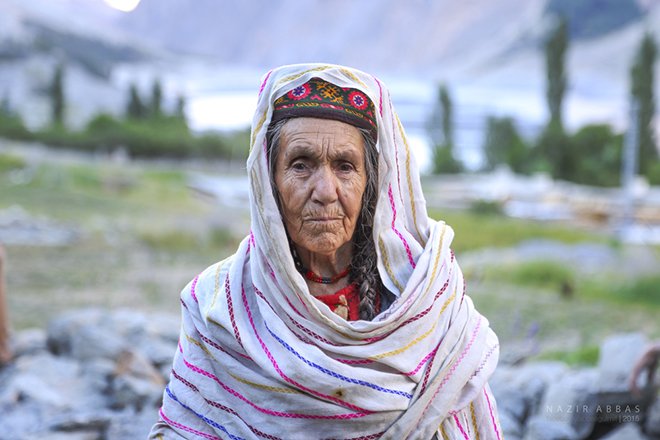 In a lost kingdom high in the Himalayan mountains, at one of the extreme northern points of India, bordering Kashmir, China and Afghanistan live a people with incredible secrets for longevity – the Hunzas.

Pronounced hoon-zas, they are not a society of mythical legend, but real people living on ‘the roof of the world’ – often to the tender age of 145 years. Within this tiny, peace-loving society, comprised of just 30,000 people living in an inaccessible valley approximately 3000 meters above sea level, you can find women who give birth into their 60s and men who look like they’re in their 40s at twice that age. It is said that in addition to growing old – more than gracefully – they are also the happiest people in the world.

This is an important distinction to make of the Hunza people, for their health is not only defined by the lack of disease, but also their overall quality of life, and direct experience of joy. They seem to possess boundless energy and enthusiasm for every day activities. When you compare this state of living within the Hunza community with the American way of life; we’re known for being obese, spending more for pharmaceutical drugs than any other country in the world, and repeatedly fairing poorly on sociological tests to measure happiness –  you might deduce we have a lot to learn from them.

Hunza vs. the Western Lifestyle

The Hunzas live almost twice as long as the average American – without taking copious pharmaceutical meds, without driving expensive new cars, and without a Whole Foods on every corner of suburbia. They have no suburbia. Just a mountain valley, which is pure, and uncontaminated by modern industrial chemicals, GMO foods, or contaminated water.

Their very lifestyle makes you question everything we hold ‘sacred’ in this country. Even at 100 years of age (the American average lifespan is only 70) a Hunza is not considered elderly. 90-year-old Hunza men often father children, and 80-year old Hunza women make Naomi Campbell look geriatric. So what’s their big secret? How do we live more like the Hunza, barring a move to a remote Himalayan village?

The Hunza Secrets to Longevity

1. Use Food as Medicine and Eat Frugally.

The Hunza’s climate is harsh due to its geographical location, so they eat frugally. Typically, the eat little meat and dine on only two small meals a day. They don’t eat their first meal until noon, even though they often engage in hard, physical labor starting at 5:30 AM. The ‘breaking-of-their-fast,’ or breakfast, combined with small, mostly vegetarian and whole grain meals likely keep their digestive systems healthy.

Evolutionary biologist Dr. Margo Adler, who led recent research to study how limiting food intake actually helps us to live longer, said that cutting back on food leads to increased rates of “cellular recycling” and repair mechanisms in the body. This means slower aging because our cells are ‘recycled.’

Comparatively, due to all the added refined carbs and sugars, Americans are often consuming many more calories in every meal than they really need – not to mention they aren’t getting any cellular regeneration from good nutrition. Six bodily tissues are regenerated entirely by the nutritious foods we eat.

Unlike most Westerners, Hunzas eat primarily for the establishment and maintenance of health rather than for pleasure.

The Hunza’s way to process fruit is to let it dry in the sun. They ‘process’ milk and cheese, but with no chemicals or hormones. It is against Hunza law to spray their gardens with pesticides.

Renee Taylor, in her book Hunza Health Secrets for Long Life and Happiness, ( Prentice-Hall 1964) says that the Mir, or ruler of Hunza, was recently instructed by Pakistani authorities to spray the orchards with pesticide, but the Hunzas refused. Instead, they spray their trees with a mixture of water and ashes, which protects the trees without poisoning the fruit.

The entire way of life for a Hunza is ORGANIC.

Though the Hunzas do eat meat about once a week, primarily chicken or fish, it looks nothing like what we eat from factory farms in the West. They instead focus on organic fruits and vegetables, grains like barley, millet, and buckwheat, and most of what they eat is raw and fresh – so it still contains life force.

The Hunza people also have a particular appetite for apricot pits. One of the biggest killers in the West is cancer, but an often shrouded method of fighting cancer is eating apricot seeds. These seeds contain Laeterile, or Vitamin B 17 which is known to kill cancer cells. Perhaps this is why cancer is practically unheard of in the Hunza village.

The Hunza’s also typically consume yoghurt, which replenishes their healthy gut flora. Another country which consumes a lot of yoghurt is Bulgaria, and they have 1,666 centenarians per million people in their populace. The West is lucky if we have 9 per million. Our microbiome – our gut flora – is key to determining our immune health and longevity.

The Hunzas spend most of their days in nature – outdoors, in fresh air. There are dozens of scientific studies which point to the health and mood boosting benefits of this practice, but they also typically walk up to 20 kilometers every day, in addition to doing other back-breaking physical tasks. Sure, we go to the gym, but nothing compares to hiking on uneven terrain for hours every day in a pristine, natural setting.

The Hunza also eat lots of nuts and seeds, but their favorite addition to any meal is ‘chapatti’ a bread that is made of wheat, millet, buckwheat or barley flour – it is the whole flour though with the germ intact. Most processed flours in the West, especially wheat flours, have had the germ removed.

Leaving the germ intact makes storing flour-based products more difficult for the food industry, but Hunza women credit this bread for allowing them to give birth well into their 60s. Why? Germ-intact grains contain lots of Vitamin E and other phytonutrients which play an important role in our longevity, but also our sexual health. Our entire hormonal system relies on Vitamin E, and other nutrients for increased libido and vitality.

In the West we work at stressful break-neck speeds, rarely taking a moment to focus on our breath, or to just feel gratitude for being alive. The Hunzas practice meditation and trust their instincts to know when it is time to rest. They spend alone-time looking within, and consider communing with the soul, paramount to their happiness.

I may not be able to jump on a jet plane to the Hunza kingdom tomorrow, but I’m certainly planning on adopting as many of their secrets as I can.

Christina Sarich is a staff writer for Waking Times. She is a writer, musician, yogi, and humanitarian with an expansive repertoire. Her thousands of articles can be found all over the Internet, and her insights also appear in magazines as diverse as Weston A. Price, Nexus, Atlantis Rising, and the Cuyamungue Institute, among others. She was recently a featured author in the Journal, “Wise Traditions in Food, Farming, and Healing Arts,” and her commentary on healing, ascension, and human potential inform a large body of the alternative news lexicon. She has been invited to appear on numerous radio shows, including Health Conspiracy Radio, Dr. Gregory Smith’s Show, and dozens more. The second edition of her book, Pharma Sutra, will be released soon.