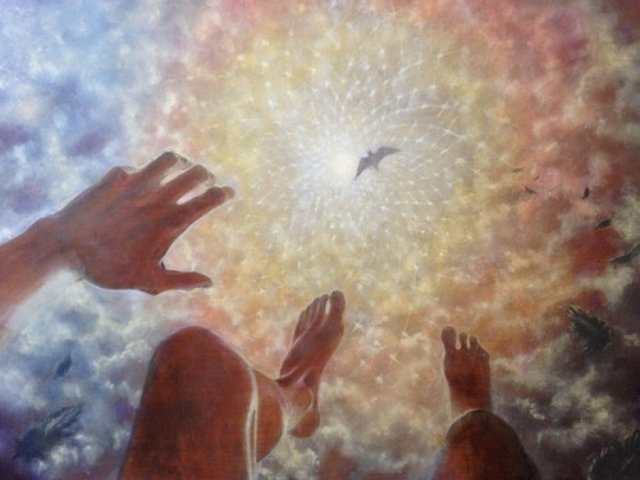 Many of us who have taken the “red pill” and are increasingly-seeing through the lies and illusions of official culture can be eager to tell others what we have found out and realized in our journey. We want others, especially our friends and family, to “wake up” as well. We see how they suffer needlessly, supporting the forces which are oppressing them and leading them astray, so our intentions to wake up others are coming from a well intended place; sometimes, they’re just coming from a place of excitement with regards to sharing information. However, two things are important to understand and apply: External Consideration and Strategic Enclosure.

“External Consideration” means adapting to the worldview/beliefs of another person, and thus not pushing information onto someone who didn’t ask for it in the first place. Sometimes, this approach involves supporting other peoples’ ‘illusions’ because they are not ready to hear the truth, let alone be assisted in becoming “un-plugged” from the Matrix Control System. In esoteric terms, “Giving without (sincere) asking” is a violation of free will. It may interfere with the soul lesson/path of the other person involved – an individual who needs to learn certain lessons for him/herself, even if that entails long periods of suffering and struggle.

In this context, we cannot “do” anything for another person, nor “save” them – if they are not engaged in the process of sincere self-work and earnestly seeking truth for themselves, it will most likely be counterproductive to engage with them by providing a contrasting point of view. The “asking” part of the equation doesn’t have to be verbal in nature – it depends upon the situation and context. On the other hand, not every “asking” cue is sincere, so trusting one’s intuitive hunches regarding what to share (and what to withhold) is important; simply being “curious” is not a sincere form of “asking”.

“Strategic Enclosure” relates to having a strategy with regards to how to present information that may challenge another’s belief systems. Sometimes it is more productive to remain silent than to drop “knowledge bombs” on an unsuspecting mind, let alone trying to convince another person through argument and debate (which only creates the emotional loosh for the occult forces to feed upon). This also ties into the saying “Do not give what is holy to the dogs; nor cast your pearls before swine, lest they trample them under their feet, and turn and tear you in pieces” – such is the biblical description of “cognitive dissonance” in its most basic of terms. At other times, however, directness and “calling a spade a spade” is needed as an appropriate response as well.

The drive to seek out truth in oneself and the world – and act upon it with integrity – has to come from oneself. No one can do it for another, and no one can push another to do it, until he/she himself/herself realizes the precarious times we live in (most often arising as the result of personal suffering and disillusionment), acts upon it, and starts to work on him/herself. Oftentimes, people do not start to sincerely seek truth or engage in deeper self-work until they have suffered, and are confronted with the inevitable disillusionment which subsequently arises, and surrender to it.

What we can do, however, is spread some “seeds of awareness”, giving people some “food for thought” so to speak, without trying to convince him/her of the veracity of the information, nor having any expectations about how they’ll receive it. Some seeds sprout, some never blossom, but never underestimate the butterfly-effect over “time”. Each situation is different, of course, which goes back to “External Consideration” and “Strategic Enclosure”.

At the same time, I also feel (and have seen) that the ideas of “external consideration” and “strategic enclosure” have been used as a buffer, an avoidance strategy, and a rationale to excuse people from being outspoken about the important issues which our world is facing in this day and age – or even with regards to what we truly think and feel, our own sense of vulnerability and openness. Oftentimes, there is this irrational fear and paranoia about what others may think of us as individuals if one is more outspoken – allowing opinions to frame our own sense of self-worth.

This is an excerpt republished with permission from The Perilous Path Towards Awakening, @ Piercing the Veil of Reality