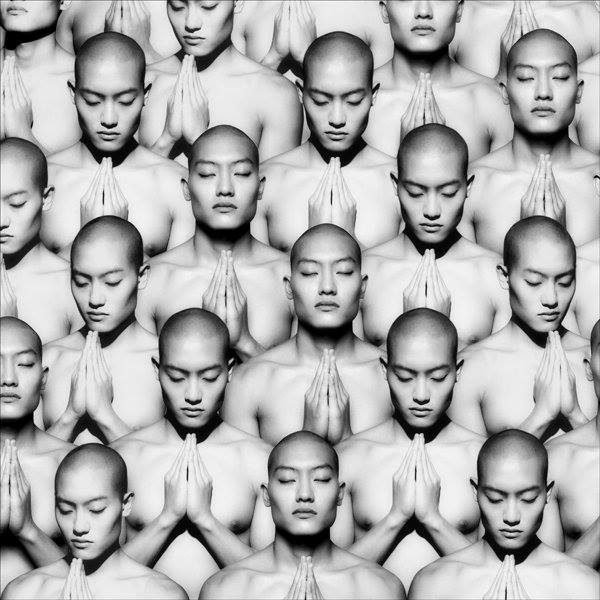 We all have a certain degree of admiration for those forward-thinkers who were ahead of their time or for those free-spirited individuals who had the courage, the will and the foresight to speak out their minds despite risking being labelled as non-conformists and cast to the outer fringes of society.

Well, truth be told, that is never a real threat for free thinkers. Actually that is where they belong and makes them what they are. Free-thinkers breathe and thrive at the margins of society where structure and chaos cross at the borderline. If you want to be a free thinker, embrace chaos, novelty, disruptive change and non-conformity. Free-thinkers live on the brink of social breakdown. They live on the edge, away from the anaesthesia of normalcy and institutionalised control.

They are not held captive by the rigid walls of the dominating worldview. They do not fear change, poverty or conspiracy. If you want to free your thinking and become an agent of change and novelty, there are a few things you need to recognise and understand.

1. Creativity is your natural birth right:

We stereotype creative thinkers as artists or bohemians who are different than the rest of us. Well that is plainly false. We are all endowed with the gift of creativity. Education, or rather schooling, has successfully stripped us from that natural disposition. It has moulded us into mechanistic and reductionistic images of humanity – into cogs in the wheel. The schooling system is designed to make people think within the same parameters – those laid down by the dominating view of society and culture.

Students are discouraged to deviate and think freely outside of those parameters. They just have to follow curricula which channels them to examinations, higher institutions and eventually become part of the workforce. Yet creative thinking is your natural birthright. They only taught you how to unlearn it without even noticing.

Group thinking is the silent enemy of free-thinking. We unconsciously follow the rhythm of the crowd. When the crowd shouts, we feel compelled to shout. When the crowd panics, we panic. Emotions, sentiments and ideas can be very contagious. So is thinking. It’s quite easy to follow the line of thought of your peers and those in authority. Yet as we become sedated with group thinking, we lose the power to claim the authenticity of our own mind.

Besides thinking, we judge people and events as being right or wrong following the morality of the herd. We succumb to morally feel what the rest of the herd feels about an issue. Morality is a highly debatable philosophical idea but the short end of it is that herd morality limits our potential to be free-minded, responsible individuals.

When you think freely you know that there is always more than one perspective on a given situation. You just need to view things from another angle. I like to use the internal courtyard analogy. We are all windows in a circular building overlooking an internal courtyard. The perspective from my window is different than the others. Hence, if I want to have a better picture of the courtyard of life I need to look at it from other windows.

Conservative, authoritarian, religious or institutional structures resist change forcefully because their worldview rests on the premise that their knowledge or beliefs are absolute. Even Science can and did fall in this trap at times. Yet the free-thinker is sure of only one thing – that knowledge is provisional. What we think we know today will be debunked or dramatically changed by what we know tomorrow. Free-thinkers run away from individuals or organisations who claim to know something, or worse, know everything. They are fully aware that we haven’t got the faintest clue yet, despite big leaps forward, about the world, life and the Universe at large.

Free-thinkers, especially visionaries and forward-thinkers have burst the time bubble. That means that they recognised that we view the world through the narrative of our time. That narrative changes over decades and centuries yet we are closed in a time bubble so to speak that limits us to see the world only within the narrative of our own time. The greatest innovators, futurists, visionaries and thinkers saw beyond that narrative. They burst the time bubble open and saw ahead of their time.

Society had two major forces at play. One is a top-down control transmitted hierarchically through the institutions. The other is a force of change, novelty and innovation which is built bottom-up from individuals and slowly accepted and adopted by larger social structures. One crazy innovative idea from a free-thinker on the fringes of society can be taken up by some influencers and spread virally through the mass media until it becomes a norm. OK this is a simplistic overview but it’s enough to show the basic mechanics of social change.

Free thinkers are those individuals on the fringes of society cooking up shockingly new ideas. They refuse to succumb to institutional pressures of uniformity and control. The institutional top-down forces are there mainly to preserve their status-quo, the stability of the social system and its identity hence they resist novelty and change. The power of the free-thinker on the other hand, lies in constantly defying these institutional pressures to abide to the rules and accepted norms of society.

7. Perception is to be altered not accepted:

Another powerful tool in the free-thinker’s toolbox is perception, or rather its bending and shifting. Philosophers have debated the nature of perception for ages. There are some who hold that perception gives us a reliable view of how our outer reality is and some other argue that perception is greatly influenced and fixed by our beliefs and knowledge. A classic example is colour perception. Colour is only a conventional label. What may seem plainly white to you, is only one of a large variety of hues for the Inuit eskimo who practically lives in a white world. They can differentiate between a wide range of ‘whites’ and they even have words to describe them. The perception is different and so is their reality.

Free-thinking individuals understand how perception is fixed and limited by our consensual view of the world. Yet in reality, perception need not be fixed; It can be altered and changed. It comes to no surprise then that many free-thinkers turn to ancient traditions who had studied and tinkered with perception for millennia either by disciplined practices or entheogens.  Famous free-thinkers like Timothy O’Leary, Terence McKenna and Ram Dass come to mind.

This article has been reprinted from Collectively Conscious.