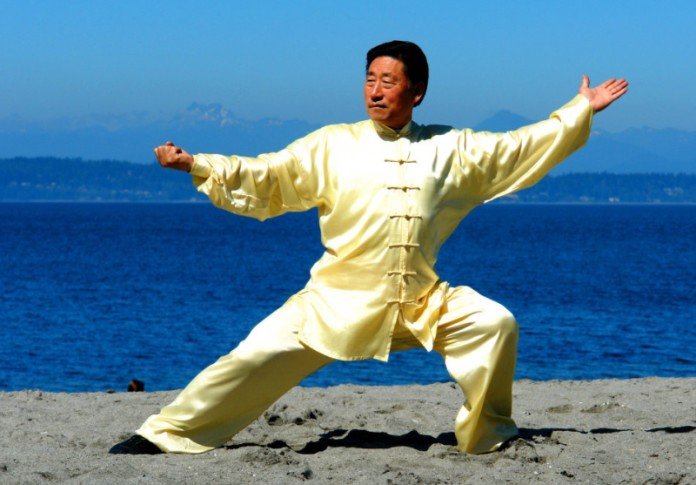 Eastern medicine practices have always placed a strong emphasis on prevention and treating diseases naturally whenever possible. Now, in many ways, Western medicine is catching up, particularly when it comes to utilizing tai chi moves to improve the mind, body and heart. A growing number of people around the world are now interested in traditional Eastern systems of healing — including Tai chi, yoga, acupuncture and meditation — due to mounting evidence that they can help prevent and treat many health problems such as arthritis, anxiety and chronic pain.

Harvard Medical School reports that although tai chi is a slow and gentle practice, it effectively addresses several core benefits of exercise: boosting muscle strength, maintaining flexibility, increasing and sustaining balance and sometimes even providing an aerobic workout that’s important for your heart. Harvard researchers even recently published a guide to tai chi, stating that a regular practice for as little as 12 weeks could help give you a “healthy body, strong heart and sharp mind.”

What Is Tai Chi?

Tai chi is a mind-body exercise rooted in multiple Asian traditions. It’s one of many types of qigong exercises, which combine the principles of martial arts, controlled breathing, traditional Chinese medicine and Eastern philosophies.

In the West, the deeper meanings and significance of tai chi can be somewhat difficult to explain, considering it has a very long history dating back thousands of years. Tai chi moves also involve components that are not very easy to translate. Tai chi derives its name from the Eastern concept of yin and yang; in fact the black and white circular symbol that represents yin yang is also often used to represent tai chi — since the practice is said to unite “body and mind.” Tai chi is also strongly rooted in another ancient Eastern philosophical concept that is still foreign to most Westerners: “Qi“, which roughly translates to life force or vital energy.

Research shows that tai chi has multiple benefits for both young and older practitioners. However, it’s gained the most attention for its strong anti-aging effects. A report published in the Official Publication of The State Medical Society of Wisconsin states that: “Tai chi is an exercise form especially effective for seniors. Tai chi exercise is a relatively low-tech approach to preventing disability and maintaining physical performance in older adults.”

Based on the fact that it can help control stress and lower cortisol levels, lower joint pain, build strength and stamina, reduce the chance of falling or injuries and enhance the immune system, people who can benefit from tai chi moves the most include those with:

As a type of fluid bodyweight exercise, tai chi moves help boost upper- and lower-body flexibility, along with coordination and strength. Tai chi moves are done in many different positions, sometimes standing or sitting, which helps to warm-up, stretch and relax tense muscle and joint tissue. Most tai chi classes or routines begin with a warm-up period to ease into motions, such as shoulder circles, turning the head from side to side, or rocking back and forth. Over time this practice can reduce stiffness, pains, strains, falls, injuries or tears.

University of Liverpool researchers found tai chi can improve balance and strength, along with reducing the risk of falls in the elderly, especially those “at high risk.” Tai chi also aids in proprioception, the ability to sense the position of one’s body in space. Proprioception generally declines as someone ages due to changes in inner ear structure, along with decreasing strength of certain muscles and ligaments. Tai chi helps train proprioception sensory neurons in the inner ear and also restore muscle strength and coordination.

Tai chi moves can also improve both lower-body strength and upper-body strength simultaneously, even comparably to other forms of gentle resistance-training such as yoga or using bands and light cables. Tai chi improves upper body strength by incorporating many unsupported arm exercises that involve holding the arms up. It can also improve strength of the knees and lower body, core muscles, back and abdomen due to incorporating dynamic movements like leg lunges, squatting moves, twists, kicks, crouching and bends.

Many view tai chi as much more than just an exercise. Historically, tai chi boasts a strong spiritual dimension and promotes greater self-awareness. Studies show that tai chi is a natural stress reliever and promotes positive effects on depression and anxiety in a way similar to yoga or other mind-body exercises.

Often people find that the controlled breathing and focus involved in practicing tai chi promotes a calm mind, increased connection to others, patience, compassion and acceptance. Practicing tai chi outdoors in a natural environment, such as a park or beach, can also lower stress by bringing someone’s attention to how they are connected with their surroundings, a greater purpose and those living around them.

Studies suggest that tai chi’s slow pace, attention to detail and circular motions helps lower “mind chatter” and improve attention. People often describe tai chi as a “moving meditation” because it involves following the breath in a rhythmic way that causes ruminating or wandering thoughts to decrease. Some people also choose to further improve focus by using practices such as visualization, imagery, mantras or affirmations while performing tai chi moves.

People usually practice tai chi as a series of fluid motions that accompany the breath. Series of movements can vary in length from about 15 minutes, all the way up to 2 hours. Chen Meng was a master of tai chi who is now credited with creating a popular, shortened version of traditional tai chi that lasts about 15 minutes. His method, which has influenced many others to create other similar short series, is considered a good practice of tai chi for beginners.

Before you get started practicing tai chi, keep these tips in mind:

Qigong vs. Tai Chi: How Are They Related?

As a form of qigong with a history dating back more than 2,000 years, tai chi has been  interpreted and influenced by many different leaders. Tai chi is believed to have been influenced by Daoist, Buddhist and Confucian philosophies. Historically, tai chi training and knowledge was passed down from one master to a dedicated student, which has created distinct lineages and many unique methods.

Tai chi relates to yin/yang in several important ways, including how the practice combines two complimentary, but opposite, forces of energy that lead to overall balance and health.

Tai chi moves are considered a very safe form of exercise even for people with limited abilities, however, there are some circumstances when it’s best to talk with your doctor before starting. If you have an injury that’s still healing, any limiting musculoskeletal problem or you take medications that can make you dizzy or lightheaded if your heart rate goes up, it’s a good idea to get a professional opinion first.It’s recommended that tai chi beginners take an instructed class to learn movements safely and to obtain feedback.

Low-cost senior centers or community education centers often offer tai chi classes. You can always choose to watch instructive videos online for free, too. Keep in mind there are no formal training or licensing requirements in place for tai chi instructors, so seek out a referral in your area and do your research to learn from someone who’s knowledgeable and experienced. The Tai Chi Health Center offers help finding an instructor or becoming an instructor yourself.

This article has been republished from Tai Chi @ Home