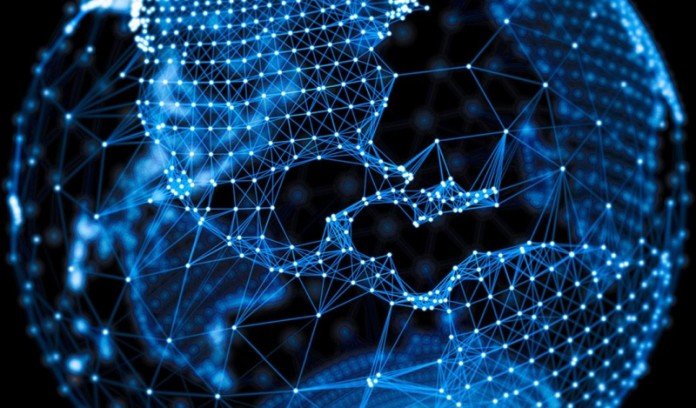 When it comes to blockchain technology, the core technology underpinning bitcoin, the digital currency that operates on a decentralized swarm of computers, there are many other applications as well. A real revolution may be unfolding all thanks to the technology which underpins bitcoin.

Blockchain technology emerged with the advent of Bitcoin in 2009. It was created when a programmer, using the pseudonym Satoshi Nakamoto, came up with a novel solution using a network of computers to track transactions in a way that is secure, trustworthy, fast, and transparent. The technology is used in either public networks, open to the world or private ones that could connect any type of groups. But it may also be the catalyst of a peaceful revolution which will upend society’s most sacred institutions – including government.

Blockchain technology is a powerful decentralizing force, and as such it will transform our society at every level. By placing control and ownership back into the hands of individuals, blockchain will change the way our society works. –Futurism

In addition to securely protecting information, advocates say blockchain’s radical charm is that it cuts out the middleman and reduces costs. There is no need for a “trusted” third party to broker deals and all transactions can be audited.  What’s really revolutionary about blockchain is that it decentralizes ownership and control of assets, and by doing this it remodels fundamental structures in our society.

Our global economy is based on the power and trust we place (because we have no alternative) in intermediaries like banks, governments, utilities, and large Internet companies like Facebook and Google. This means that some of the most powerful and wealthy positions in our society are held by corporations that are intermediaries. They themselves add no value to transactions beyond whatever trust they extract from participants, yet they make their money from the transactions and slow them down in the process.

Humans now have the potential to disrupt these very systems which oppress them using blockchain. Overbearing governments have yet to determine how to regulate bitcoin and blockchain technology making it the perfect catalyst to peacefully implode the government at most levels.  In response to a growing regulatory environment, a group of coders and activists (including Cody Wilson, inventor of the world’s first functioning 3D printed gun) have created what they’re calling “Dark Wallet.” “If the program works as promised,” Wired reports, “it could neuter impending bitcoin regulations that seek to tie individuals’ identities to bitcoin ownership.” Unfortunately, as of right now, humans are still opting to have others oversee their lives and the lives of others by insisting on government.  But that could change with the advancement of blockchain and it’s continued success.

“You can see why governments see this technology as a double-edged sword,” says James Corbett of the Corbett Report. “Wielded for their purposes, it presents a perfect platform for their Big Brother-esque ambition to oversee, manage, track, store and database all interactions between everyone, everywhere, instantaneously and at next-to-no cost. But wielded for free humanity’s purposes, it makes almost every conceivable function of the government as obsolete and nonsensical as horseshoe makers and chimney sweeps are to modern society.”

But of course, the world-wide implications don’t stop there.  Making government as the middleman obsolete would only be the start.  New companies and technologists are finding vast new uses for it eliminating other middlemen. Some musicians and artists see services based on blockchain technology as a godsend. New companies like PeerTracks, Mycelia, Ujo Music and Stem all use blockchain technology, working to simplify licensing and liberate musicians from intermediaries (like talent agents, record labels, and streaming services) all eager to take a cut of revenue.

And the impact this could have is already making on the world isn’t small. It has been called “mind-blowingly big because it affects every aspect of the global economy,” said Michael J. Casey, a senior adviser to MIT Media Lab’s Digital Currency Initiative and co-author of an upcoming book on the implication of blockchain ideas, The Truth Machine: Blockchain and the Future of Everything. “We have the potential – I’m still going to use a qualifier like that – to get to trillions and trillions of dollars in savings and disruption and refocused activity,” Casey said.

With a seemingly inevitable economic crash looming and a potential for WW3 building, blockchain technology has become a bright spot for humanity’s future.  A peaceful revolution freeing all humans thanks to technology could become a real headline in the not so distant future.

This article has been republished from The Daily Sheeple.