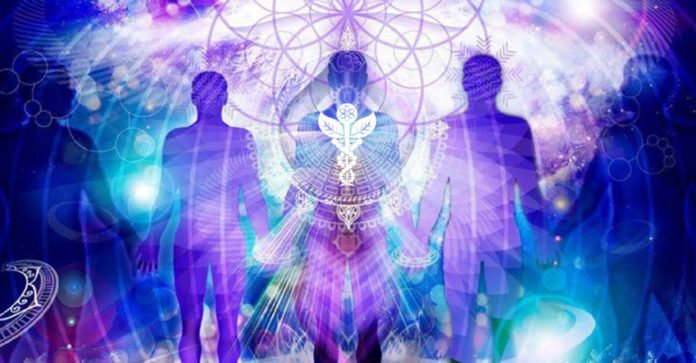 Looking all around us we can see that things are changing in a very significant way. On both personal and collective levels, it looks like we are now living in a time of fundamental change and transformation, the end result of which is yet to be determined by our collective actions. Given the incredible rise in popularity and sophistication of social media in recent years, we can see ourselves living at a time of enormous opportunity to use this tool in a way that can significantly accelerate the collective consciousness shift. What each of us can do to ensure we steer humanity towards a bright future rather than some of the other undesirable timeline is to do our part by shifting our consciousness towards unity rather than separateness. By doing so we can transform our lives and our world for the better.

Our future is being defined right now with the choices we make on both a personal as well as a collective level. How do we ensure we make the best choices? By going within and taking the inner path to outer transformation. Going inward, through practices such as meditation, can help us discover the interconnectedness of everything…a critical realization if we are to experience a positive paradigm shift. In fact, the idea of everyone affecting everyone else because of consciousness being an interconnected matrix is something that nearly every major belief system has based a teaching which has come to be known as the Golden Rule on, from Buddhism to Christianity to Confucianism.

Interconnectedness is perhaps the most important realization that we as a whole must have if we are to have a bright future. By being mindful of our connectedness with each other and our environment, we pave the way for transcendental growth. If a critical mass of people have this one realization, the world can be affected in such a way that each person can help in creating a society-changing positive global consciousness shift by personally changing how he or she thinks and acts to reflect an interconnected worldview.

If we look around us we can see that there is something very significant happening on our planet. If we dwell in positive possibility, we see the changes occurring as being the birth pangs of a new humanity that is more in tune with itself and its environment. If we are predisposed to see the negative then we see a dystopian nightmare just around the corner. As the Buddha once said, “What we think, we become.” If we are focused on a positive end result from the changes occurring right now then there is more positive energy being streamlined into a positive outcome.

Sometimes it is difficult to keep positive, which is certainly understandable given the nature of some of the things the media constantly brings into our awareness. However, realize that the power if within you, the infinite explorer. Our collective future is dependent on the decisions that we make today. Looking to a person or group to decide the fate of tomorrow dis-empowers us and takes away our freedom of choice. Global transformation is a participatory act which requires that we all pitch in and do our part.

The worldwide uprisings against injustice that became a global phenomenon in 2011 and have continued a wave of change show us just how significant and important this ‘time of transition’ is right now. The resistance to the revolutions for a more peaceful and free humanity comes from those individuals and institutions that are afraid such a progressive shift will take away their power which their egos have become addicted to, thereby inflating them to dangerous heights. Using the tool of fear as a reaction to being threatened, they are attempting to hinder and thwart this positive social transformation. This reactionary method of attempting to stop what is already a momentum of change will not be successful if we have the courage and determination to be bold and support a positive global shift while the time is ripe for such a change.

To get to a unity-oriented world we must first experience internal transformation. By transforming ourselves we will collectively transform humanity. We are a conscious and creative force with the ability to bring about something we may feel is best left to the confines of an idealistic dreamer. It should not be idealistic to align ourselves with truth and reason, which is what the next chapter of the human story should be in coherence with, if we are to see a bright future for ourselves. Imagine if all the discoveries and understandings about science and spirituality were implemented and a part of everyday life for the good of humanity and the environment. Such a future is possible but we need to be the change makers that make it happen.

Thanks to groundbreaking scientific discoveries in the 20th and 21st centuries there is a mounting body of evidence for the universe being a vast and elaborately interconnected whole in which matter does not even exist in the way we perceive it to. From Albert Einstein’s proclamation in 1950 that physical objects are closer to being fields than objects to the Global Consciousness Project in 2001 indicating that our collective consciousness functions as a unified field, a picture is emerging that gives us understanding as to how a wide-reaching consciousness shift is truly possible. The wider horizon of reality is becoming clearer to see.

The only constant in existence is change. By not being fearful of change but rather embracing it we are able to invite positive transformation into our personal lives and into humanity as a whole. There is an overall sense that enormous change and transition is occurring. Since the global mind is focused on transformation we can use this as a catalyst for global unity. By acknowledging that the divisiveness of the past will not lead to prospects of a society living in harmony with itself and the environment, we can steer humanity towards a unity-oriented worldview and start living life reflecting the reality of unity.

Looking all around us we can see the dire need for a fundamental shift from the way society operates because putting on bandages on a model that is in disharmony with the basic configuration of reality (interconnectedness) will only provide a semi-satisfactory temporary fix. Treating symptoms is not a cure. Both heart and mind have to be involved in an undertaking of such magnitude as a global consciousness shift. As organizations such as the Institute of HeartMath have shown, the disconnect between aspects of ourselves like the heart and mind is contrary to the interconnected relationship that exists between the two. By resolving the misunderstanding of this relationship, we make it easier to live in coherence with humanity and the biosphere.

When we finally experience an understanding of the oneness of everything we shift our awareness in a way that we will then see the world holistically. Not only that but we can then see the intricacy and beauty in all things and will naturally extend our empathy towards everything and everyone since there is nothing that is disconnected from the unified field of consciousness. The more people that have this understanding the closer we get to seeing a positive paradigm shift. It is time we become unified, for the sake of ourselves, the planet, and our very existence.

We are all in this together. It is in many ways an obligation that we have to try and help as many people as possible experience a profound shift in consciousness and guide them towards having the realization that we are all interconnected. Everyone and everything is part of a highly elaborate and intricate matrix of consciousness which means that it is in all our best interests to ensure that we collectively learn to live in harmony with nature and each other. No matter how great or small something is, everyone and everything affects everyone and everything else. This is something that must be realized before the shift can be full completed. Society as a whole needs to understand that separateness is an illusion.

All we need to do is look around us and see that there are massive and substantial changes occurring. What this will all lead to is yet to be determined…we ultimately can decide what our fate will be if we empower ourselves to have an active role in the global transformation. By making a personal shift away from separateness and towards unity, we make the transition from the ego-dominant mind to the empathetic selfless mind. Happiness is an inside job. If we make the transition within ourselves we help create a global transition towards a level of consciousness that will ensure not only that we will have a bright future, but that we will flower into a force for far-reaching positive change and transformation in every facet of life and existence.

If you found this article helpful, please consider buying The Creation of a Consciousness Shift