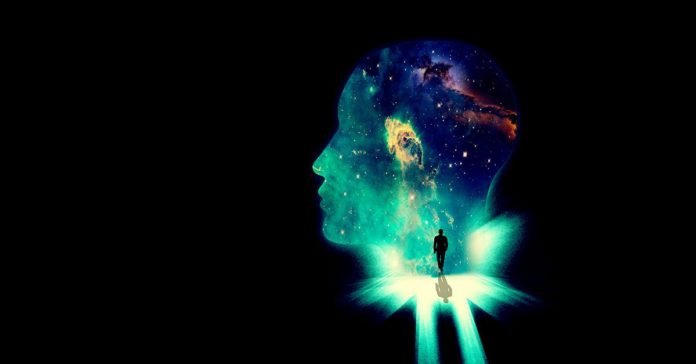 I would like to expand on untrustworthy behaviors modeled in people with weak moral character, to better comprehend the relationship between low moral character and the Negative Ego, through its main filters; Egotism, Narcissism and Psychopathy. The purpose of promoting egotism and narcissism as positive traits in society is intended to maintain low moral character and unethical standards as acceptable characteristic behavior in human beings and the social structures we have been made dependent.

When low moral character or deviant type of behaviors that produce harm are fully accepted and normalized in society and then consistently reinforced by the people around us, we are being conditioned to a specific value system and a range of frequency. Humans are desensitized to what is being unconsciously shaped as an anti-human value system that we are constantly mind controlled to accept and this conditioning acts as the ego filter in how we perceive the world around us. Unconsciously, we may promote these anti-human values to people around us, which become a self-enforced enslaving reality that spreads like a viral infection. This is a strategy to generate weak moral character through the promotion and glorification of narcissistic and psychopathic behavior which are mindsets that are easily used to enforce consciousness enslavement through the consistent reinforcement of externalized tyrannical and violent behaviors. Narcissistic and psychopathic minds can be easily possessed by dark forces, and hence why they are intentionally manufactured in the people on the earth. When we are informed to be able to see this psychological warfare strategy working in the mass consciousness and controller structures, we can stop feeding into its violence and psychopathy, and thus, we can change its course of direction from negative to positive. 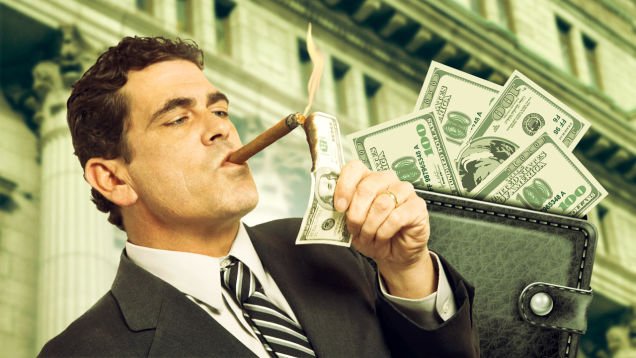 The conceit of egotism describes a person who acts to gain value for self-serving motivation and taking in an excessive amount of resources than that which he or she gives back to others. Usually these are actions of taking in others energy, time and resources and is accompanied with very low ethical standards and displaying low moral character traits. This is also called consumptive modeling or energetic vampirism. Egotism may be fulfilled by exploiting the sympathy, trauma, emotion or ignorance of others, as well as utilizing coercive force, deception, manipulation, Mind Control and fraud. The egotist has an overwhelming sense of the centrality of the ‘Me’ operating in their personal qualities and personal identity. Without developing Self Awareness and ego discipline, the untamed Negative Ego is exploited by Mind Control and further develops itself into serious spiritual pathologies which lead to narcissism and psychopathy.

At the development stage of the first three layers of the mind, the Three Layers of Ego, a third dimensional human being is purely egoic and influenced towards being in Service to Self. The Solar Plexus energy center is the Conscious Mind matrix to which the spiritual being may learn how to manifest via the projection of lower thought substance in order to navigate in the material realms. What has occurred to humanity is not a simple result of choices made to Service to Self. Unhealed mental and emotional trauma can easily lead to narcissism, which most of the time is a cover up or façade for deep emotional and spiritual wounding. 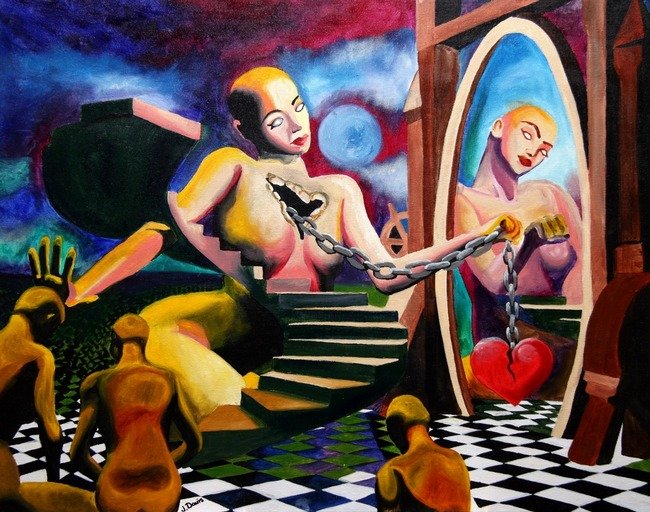 Narcissism is used to describe the pursuit of gratification from vanity, or egotistic admiration of one’s own physical or mental attributes, that derive from arrogant pride.

The Seven Signs of Narcissism:

Narcissistic Personalities and Psychopaths have little to no capacity to feel remorse for the harm, destruction or killing they cause any person place or thing. This is also described as a Lack of Empathy, which is characterized by the inability to feel, experience emotional states, or discern what another life form may be feeling. The process of losing the ability to feel and experience empathy defines a being that has been disconnected from its Soul-Spirit, and thus suffers from genetic damage and soul fragmentation.

Psychopathy – The Third and Final Stages of Insanity 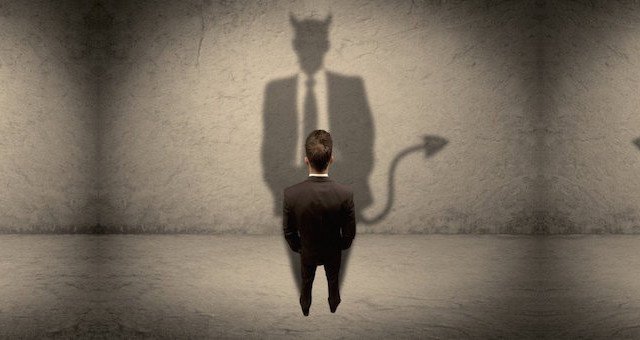 Psychopathy as a personality disorder is characterized by enduring antisocial behavior, diminished empathy and remorse, and disinhibited or bold behavior, tendency towards cruelty and meanness. Behaviorialists suggest that different conceptions of psychopathy emphasize three main observable characteristics to varying degrees:

Sociopathy and Psychopathy are often used interchangeably, but in some cases the term sociopathy is preferred because it is less likely than is psychopathy to be confused with psychosis, whereas in other cases the two terms may be used with different meanings that reflect the user’s views on the origins and determinants of the disorder. Sociopaths are masters at influence, Emotional Manipulation, gaslighting and deception. Very little of what they say actually checks out in terms of facts or reality, but they’re extremely skillful at making the things they say sound believable, even if they’re just making them up out of thin air.

In his book The Mask of Sanity, Hervey Cleckley described 16 common qualities he thought were characteristic of the individuals he termed psychopaths: 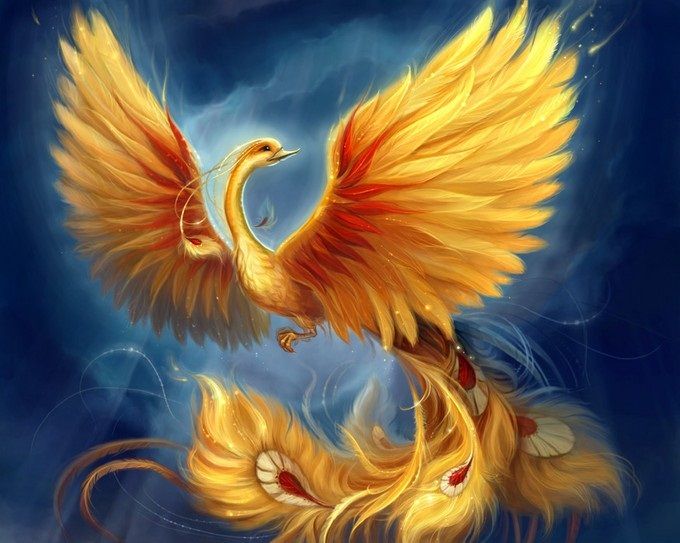 A serious consequence of psychopathy is no genuine feeling of remorse and no empathy for others, leading to an anti-human lifestyle.

We can apply this above checklist to ourselves to inquire on what may trigger our own Negative Ego to rear up from unhealed pain and trauma. Or we may apply the checklist for better discernment when making choices of where we place our trust and what we value as a lifestyle model that we intend to follow in so that we may strengthen our character and develop our inner spirit. If we observe a person acting out an excessive amount of these negative behaviors near to us, we may choose to not support them in their delusions. As we build better and practical ways of discerning trustworthiness and competency, we also gain confidence to build stronger intuition in such matters, where the checklist is not required. As is made clear here in these checklists, the more severe the Negative Ego dysfunction the more potentially disconnected the person is from their heart, intuition, self-awareness and spiritual source. This immediately gives one a gauge to measure what level a person can be trusted, no matter what words they may be speaking or using seduction or manipulation tactics in order to forward their agenda.

In the severe stages of narcissism and psychopathy, the veneer of seduction, charisma and mimicry of empathic reactions that are geared for manipulation to serve one’s egocentric needs, and can be seen much more clearly over time. It is very common for people that base their leadership or authority on controlling behaviors and tyrannical principles, to aggressively manipulate others by creating a façade of charisma from mimicking what they have found people want to hear from their wounded ego parts. Many people do not want to hear or know the truth; they want to be lulled to sleep by fantasy delusions. Megalomaniacs that thrive on taking power and having control over others, are master manipulators of telling people lies based on what they want to hear or believe.

This is the tough part. We have to ask if we are able to seek the honest factual truth of behavioral interactions or have people feed us lies that are flattering or comfortable for our wounded ego parts.

Otherwise we reinforce the delusion in the person and circumstances and we become enablers, allowing them to continue to perpetrate deceptions in the group through their own self-deception. Promoting and enabling delusions leads to pathological thinking and spreads a fabricated reality through false impressions. This false impression is the spin on perceptions that are designed to serve the agenda of the ego, narcissistic or psychopath. It is important to be able to identify abusers, liars, predators and psychopaths as people traumatized by terrible pain, soul fragmentation and spiritual disconnection. When people are utterly controlled by negative ego dysfunction and have no impulse control and they live in self-deception. A person who is deceiving themselves has no other alternative but to deceive others because they have little to no clarity. Why would we trust resources and give value to the words spoken in the skewed theories of a person, group, family member, organization that is a repeatedly demonstrated as giving value to massive egos with behaviors that are abusive, predatorial or deceptive? 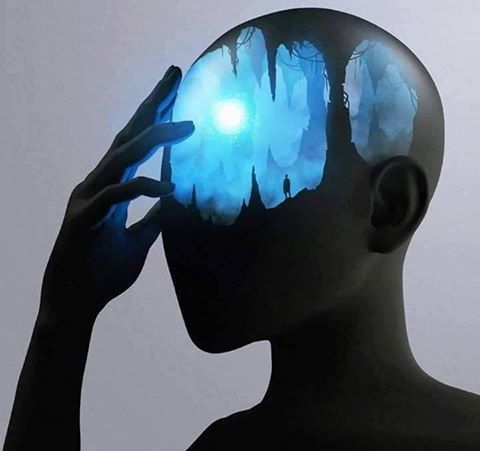 However, I have noted that we have to discern how much truth can be directed to people who do not want to hear the truth, and will react with aggression or narcissistic rages. These tantrums are usually designed to suck your life force and exhaust your resources to limit your efficiency or effectiveness.

It is generally wise to know that control-oriented people as described in the profiles above, expect to control the people and events around them. Exposing or challenging their tactics could provoke their anger and result in severe and possibly dangerous types of retaliation. When we assess who we are dealing with, we can expect that we will be a target of their backlash. This is why having a clear understanding that one must protect themselves and the others who could become targets, before challenging a control-oriented person infected with narcissistic rage. If we comprehend their behavioral strategy, we can make better decisions which neutralize the overall impact to others, with less harm inflicted. A person with narcissistic rage is oblivious to the harm he/she creates, and even more oblivious to the world of dark forces using them to generate more negative forces into the environment.

Clearly all of this type of negative behavior, egotism, narcissism and psychopathy massively breaks down trust between people and groups, and creates a fearful environment where people are darting away from the confrontation of a person exhibiting inner violence that has turned aggressive or rageful. Building Trust is based on real actions of ethical conduct based in peaceful interactions and not flowery, flattering words being spoken to create false impression. Trust is everything when it comes to real and authentic heart based mutual communication. Here, we attempt to avoid promoting people that exhibit dominating alpha behavior (egotist), narcissistic behaviors, psychopathic behaviors and delusional behaviors, because all of these negative behaviors have violent and aggressive tendencies that are easily used to destroy all efforts towards unified cooperation.

Time and consistency will always reveal to you the truth in the matter, if you are willing to patiently seek the truth over remaining in denial, because it may feel more comfortable to avoid the truth. As we learn improved skills to identify these harmful behaviors and stop feeding them, we can also connect the dots to see the direct relationship these behaviors were designed and used to weaken and Mind Control human beings. We can see the logic of their hive mentality being installed in the human collective to give value what they value, which is the tyrannical control and oppression of the perceived weaker person through militarized predatorial methods.

Stay spiritually strong and on course!

This article has been republished from Energy Synthesis.