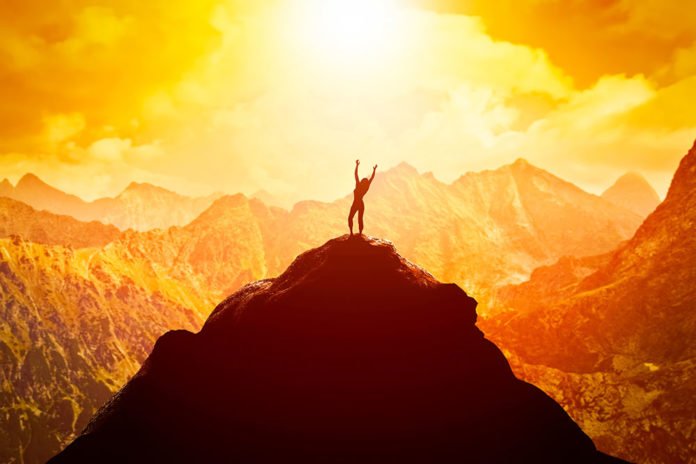 From India’s laughter yoga to Norway’s friluftsliv, these paths to health and relaxation can give your soul a boost.

The western world seems to be suffering from an epidemic of busyness. “I don’t even have time to read anymore,” I said to Tarrant, our community manager, at the virtual water cooler recently. She replied, “Don’t say you don’t have time to read. You are choosing not to read anymore.” Wait, what? I’m too busy to read! But hmm ok, maybe I would have time to read if I didn’t choose to fill it all up with other ambitions? Tarrant is right – and she also prescribed that I sneak reading in even if it is three pages before bed; “reading is good for the soul,” she said.

And that’s the key. Reading may seem like a lazy person’s luxury in the breakneck pace of New York City, where people flaunt their fatigue like a trophy hoisted above their heads. Heaven forbid we should ever … ick, slow down and relax. (And even when we do relax, it’s often with things like running in blizzards or extreme yoga classes.) But stepping back and focusing on things that help us rejuvenate is such an essential key to good health. And good health is much more sustainable than poor health, so I am going to take Tarrant’s advice and start sneaking in some reading.

So all of this has been on my mind … and then an interactive/infographic created by Curry’s, The Art of Relaxation Around the World, found its way into my inbox, and it made me wonder if the rest of the world has the same I’m-too-busy problem. Probably not. (Heck, most of the rest of the country probably doesn’t have the same I’m-too-busy problem.) But over-busy or not, every culture has their wellness customs, and I think that’s pretty interesting. So I’ve plucked the practices out of the infographic and written a brief description about each of them. I will leave them here … I’ve got to hurry up and get to yoga so I can get back in time for my scheduled 8-minute slot of reading.

Because when life gives you land of fire and ice, you put that geothermal goodness to use and soak in hot springs in Iceland. The island has more geothermal areas than any other country, a fact not lost on the early settlers, who referred to these geothermal phenomena in their place names, notes Icelandic Times, and thus, a number of place names include terms such as varm (warm), reyk (smoke/steam) or laug (pool).

“Families and teenagers and older people lounge and chat in sundlaugs every day, summer or winter. Despite Iceland’s cruel climate, its remoteness and its winters of 19 hours of darkness per day, the people there are among the most contented in the world. The more local swimming pools I visited, the more convinced I became that Icelanders’ remarkable satisfaction is tied inextricably to the experience of escaping the fierce, freezing air and sinking into warm water among their countrymen. The pools are more than a humble municipal investment, more than just a civic perquisite that emerged from an accident of Iceland’s volcanic geology. They seem to be, in fact, a key to Icelandic well-­being.”

Ubuntu is a philosophy that originated with the Zulu on South Africa’s east coast – and it has spread far and wide. On the most general level, it is a celebration of humanity. A rough translation of the word is “humanity towards others.” Archbishop Desmond Tutu says, “A person with ubuntu is open and available to others, affirming of others, does not feel threatened that others are able and good, for he or she has a proper self-assurance that comes from knowing that he or she belongs in a greater whole and is diminished when others are humiliated or diminished, when others are tortured or oppressed.”

I often get whiffs of the specific smell of burning (or smudging) sage – a practice that people seem to employ in NYC when moving into a new apartment … or, say, moving someone out of their current apartment. It’s a Native American practice believed to purify the air and cleanse the spirit. Healer Grandmother Wapajea Walks on Water tells The Chopra Center:

“The goal of smudging is to make a place clear of lingering energy that is different from what you may be intending for that space. You want to prepare the space for ceremony, the way you would clean your house, cook, and decorate when your family comes for a holiday. We are welcoming Great Spirit, angels, and ancestors to come and share clean space with us as well.”

Coined by poet Henrik Ibsen in 1859, friluftsliv is the Nordic philosophy of outdoor life. It is a celebration of nature. As described in the trailer for a documentary, Finding Friluftsliv, it does not mean abandoning modern life and technology, “it is simply embodied by spending more time in nature. Learning to fish, going for walks and climbing trees are all paths to nature, but ‘genuine’ Friluftsliv is just about being present in nature and becoming part of it.”

Fika is darn lovely, and we would all be well-served if it were as ingrained in our work-work-work culture as it is in Sweden. Whereas in America we might get a 10-minute mid-morning coffee break if we are lucky, in Sweden, a leisurely coffee break – with cake – is practically mandated. Think of it as a slow coffee break. And it’s not just for workers, people in all modes of activity stop for fika – a lovely set-aside time to gather with friends, family, colleagues, and take a break from the rigors of the day. I love the idea of it so much, I wrote a whole post on it here:Why we should all embrace fika, the Swedish coffee break

We’ve got beer yoga, dog yoga, antigravity yoga and even goat yoga – India has laughter yoga. Curry’s describes it as a practice that mixes the science of breathing with the happy-making endorphins of a good guffaw. “Practitioners claim that our bodies can’t tell the difference between real laugher and faked laughter. In fact, the only difference is that real laughter is over in seconds. When you choose to belly laugh, you can keep going and going, prolonging the feel-good vibes.”

Proponents of the movement promise that it reduces the stresses of modern life; it surely has to be more helpful than rushing around humble-bragging about how crazy busy you are. (When I say “you” there, I am really talking about me, you know.)

Brazilians have been doing capoeira for centuries, and it is really something to see. (I can’t image actually doing it, I would break.) A martial art infused with acrobatics and dance, it is a mesmerizing thing. I am sure that doing it does bring about all kinds of wellness; but really, I even feel more relaxed just from watching it. See for yourself in the best capoeira video ever, below.

When I first landed in Argentina I was surprised to see just about everyone walking around, driving, working, you name it, with a hollowed-out gourd in hand, sipping from it with a metal straw. What is this strange contraption, I wondered … while also wondering how Argentines managed to avoid getting sucked into the dark netherworld of single-use plastics for this obsession, whatever it was. As it turned out, it was a beverage called mate, consumed from the traditional calabash container. The caffeinated drink is made from the dried yerba leaf that is the center of an honored drink tradition, one that might be compared to Italians gathering for espresso at a cafe or a Japanese tea ritual.

This centuries old tradition is an exercise-meets-mindfulness practice that, in its slow-motion movement, seems like the antithesis of the high-impact so many of us favor in The States. It’s the anti-aerobics. A series of standing poses and movement between them, tai chi requires balance, breathing control, muscle fluidity, and meditative concentration – no 1980s workout clothes required.

Sound healing, anyone? Ok so singing bowls don’t actually sing, but they do produce an undeniably melodic song when prompted by a leather-wrapped mallet. The meditative hum is often used to start and end a yoga session, but the bowls are also used in sound healing, where their sonic vibrations are employed to heal the mind and body.

Katherine tried it out, here’s her take: My foray into the mysterious world of sound healing. And for your healing pleasure, two hours of bowls a-singing in the video below.

This article has been republished from Treehugger.