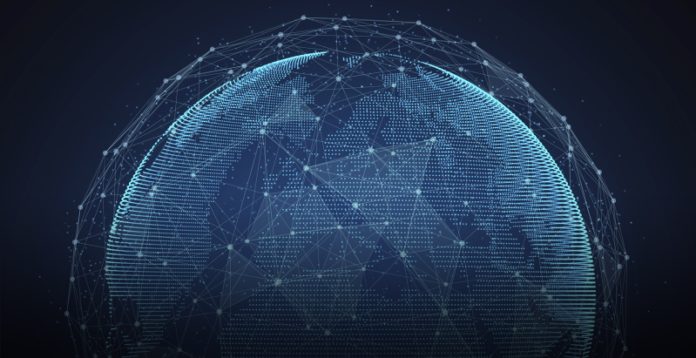 No doubt, a lot of people are getting rich from Bitcoin, and other crypto-currencies, but there’s more here than meets the eye. Indeed, Bitcoin is just the tip of a very large iceberg known as “Blockchain Technology,” and because this new tech “empowers the people,” it’s changing the world!

The Truth about Centralized Governments

It’s no secret that world governments are operated by centralized banking systems in conjunction with other centralized systems, and this means that the systems that we depend upon for survival are all centralized: financial, education, justice, healthcare, protection, welfare, etc…  Although the provision of government services might sound good, centralized systems come with a hidden cost.

However, let’s be clear, governments are only powerful because people depend upon centralized systems!

No doubt, when millions of people give up their power and freedom in exchange for government-based education, protection, justice, health and finances, governments become falsely inflated with the collective power of their citizens.

Since governments are most interested in self-preservation, centralized systems are at the root of virtually every world issue; poverty, war, injustice, and an ongoing financial crisis that directly impacts billions of people worldwide. Much like a pandemic, the negative “fallout” of centralization affects the entire world and virtually everyone is infected!

Fortunately, this infectious disease has a cure!

The CURE is decentralization!

Although many of us feel powerless to change corrupt global systems, they only exist because we fuel them with blind dependence, and, if we feel powerless, it is only because we have given away our power! Hence, when enough people stop depending on centralized systems, those systems will become unsustainable, and, consequently, governing entities will lose power and control.

No doubt, it sounds impossible!

Well, just a few years ago, I would have agreed, but now, it’s actually happening!

Not only do we have the technology to create decentralized systems, there’s already a strong and growing community implementing the technology!

The time is now!

Although you might know it as “Bitcoin,” it’s really Blockchain Technology, and, yes, it’s completely decentralized!

It just so happens that the first application of Blockchain Technology was Bitcoin (aka crypto-currency), but, it certainly wasn’t the last. Currently, more than a thousand different crypto-currencies are in circulation throughout the world (while many are legit, some are not).

Although crypto-currency is just one single application of the technology, it clearly demonstrates the potential for innovation. For instance, by using a decentralized currency, direct peer-to-peer transactions override the need for a middleman (aka centralized banks). This means that when crypto-currency is widely accepted, and utilized by the mainstream, centralized financial systems could become virtually obsolete.

Just as Blockchain Technology can be used to build a decentralized monetary system from scratch, virtually any type of decentralized system can be built upon the Blockchain.

What does decentralized technology mean to the world?

How can we transform centralized systems through decentralization?

Although this technology may allow us to build new paradigms from beginning to end, we don’t have all the answers yet. No doubt, “Transformation via Decentralization,” is an unfolding process, and we’ve only just begun. Right now, we can only speculate on possibilities.

However, in order for decentralized systems to change the status quo in a positive way, a large majority of people must participate. Currently, many people don’t exercise their voting rights because they believe it’s a waste of time. But, if every vote really counts, most people would get involved and vote on pertinent issues.

As a result, power is returned to the people, and, one vote at a time, democracy is revived!

Additionally, since decentralized systems function through transparency, the potential for corruption is exponentially reduced, and this means that both hidden agendas and “elite monopolies” are automatically eliminated!

Furthermore, we know that crime rates rise when people feel powerless, and, therefore, theoretically, by empowering people through decentralization, crime could be reduced!

Some examples of technological innovation that are currently under development:

Since Blockchain Technology can be adapted according to need, the possibilities are literally endless!

Also, let’s be clear; rather than over-throwing our governments, we need to find ways for centralized and decentralized systems to effectively work together.

By giving us the ability to address, and solve, many world issues, Blockchain Technology allows us to create new paradigms for humanity. However, in order to do so, three pivotal conditions must be met:

Although Blockchain Technology is now being used to innovate user-friendly and affordable alternatives that can replace centralized systems worldwide, the true key to success is Mainstream Adaptation, and this requires both community support and tangible utilization.

While Blockchain is the foundation of decentralization, community is the source!

In just a few short years, Blockchain Tech has taken on a life of its own. Based on strong innovative tech and ever-increasing community support, it’s far past the point of no return, and there’s no stopping it now! As the Blockchain Community continues to grow at exponential rates, we’ll soon reach a tipping point, and when enough people “go decentralized,” the result will be mainstream integration.

Well, just like fire, anything can be used for good or bad, and new technology is no different. No doubt, big changes always come with unique issues to solve. Since this is all brand new territory, the community will need to address each issue as it arises. While challenges might create gaps in development or integration, the solutions we discover will become stepping stones for even greater innovation.

Most of all, if we want to create a thriving planet that provides for everyone, we must learn to collaborate as a global community, and this means that cooperation and co-creation must replace competition and “survival of the fittest.” Fortunately, due to a shift in collective consciousness, the choice for harmony and unity is taking the place of self-serving agendas. In fact, as a sign of the times, many new Blockchain projects are based on philanthropic intentions.

How can you support decentralization?

Although the Blockchain Community is filled with innovative thinkers and tech savvy entrepreneurs, there’s no tests to pass or requirements to meet. Not only can anyone join and participate in this decentralized global community, everyone is invited!

Therefore, you can support decentralization by using decentralized systems and applications (DApps) as they become available. For instance, right now, you can get involved with crypto-currency, simply, by learning how to acquire, and use, the crypto-currency of your choice (Bitcoin, Litecoin, Ethereum, Stellar, Iota, etc…). Or, if you prefer to get started with a decentralized game or another type of application, you can find thousands of DApps on the Ethereum and Nebulas Blockchains. Moreover, in order to know when new tech is available to the public, do your best to stay up to date.

Since new technology can seem overwhelming at first, make sure to give it a fair chance. Once we retrain our brains, the use of “new tech” becomes second-nature. Remember, at the beginning of the computer age, older generations were completely disoriented, but, before long, virtually every grandparent in North America had an email address!

Also, as a result of mainstream integration, decentralized applications will become more and more user-friendly over time.

Right now, humanity is experiencing a collective shift in consciousness, and, if enough people participate in this shift, we can literally change the world! However, in order to do so, we must exceed a tipping point, and since it’s a numbers game, every voice and every choice counts!

So, if you ever wanted to make a difference in the world, now you can!

By supporting decentralized systems as they become available, you can take your power back one choice at a time, and while you reclaim your power through participation, you’ll also help to create a global community that supports the growth and wellbeing of every individual!

By making your voice and choice count, you’ll help expand the stream of consciousness that’s already changing the world!

As the stream of consciousness flows into the mainstream, life on Earth will never be the same!

“Be the change….. Go Decentralized!”

Nanice Ellis has been a professional Life Coach for over 20 years, successfully coaching women and men from all over the world. She is also an author, Theta Healer and Master Neuro Linguistic Practitioner.

Helping people to make quantum jumps in their lives, Nanice’s very unique coaching style is often referred to as the “Nanice Effect”. By using powerful and proven manifestation techniques, Nanice coaches people to tap into the power of the Universe and live their dreams, bridging the gap from the imagination to the realization of that dream. She works with leaders, coaches, healers and anyone who wants to live life to the fullest. You can learn more about the coaching programs offered at: Coaching Programs with Nanice.

Nanice is the author of several books, including the inspirational “The Infinite Power of You!” and “Even Gandhi Got Hungry and Buddha Got Mad!”, and her latest book, “Is There a White Elephant in Your Way? The Guidebook for Awakening and Self Empowerment” She is also the host of radio show Chai with Nanice. Her books are available at Nanice.com/6/Books and right here on Amazon.

Connect with Nanice at Nanice.com.