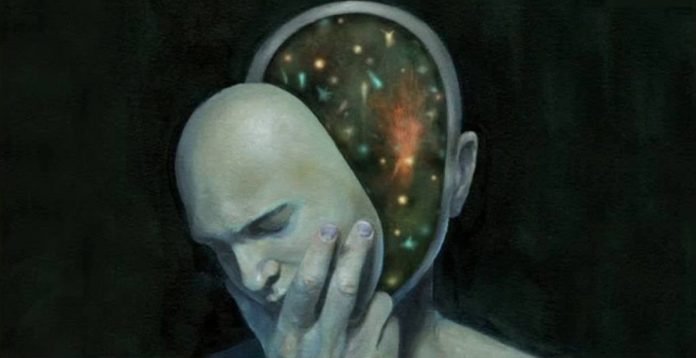 The danger/trap of the tunnel vision of Self-work without Knowledge/Understanding of Reality and Forces acting upon us – or – The “Self-indulgent Know Thyself Spiritual-Bypass”, i.e. distortion and suppression of esoteric knowledge/work (as seen in today’s pop spirituality and eastern bliss-seeking romanticism):

“I think that everyone will agree that we live in a violent and troubled world. No matter which way we look, we don’t see any real security be it for our jobs, our homes, our children, for the environment, and especially for those in the far reaches of the empire whose vulnerability is used shamelessly to maintain our standard of living by those who claim to represent us. When you come face to face with the fact that now, when we are said to be at the height of civilization, blessed with amazing technology, the fact that we are less secure than ever in our recorded history tells us that something is terribly, terribly wrong. If this picture seems too bleak, you haven’t been paying attention.

How did we get in this situation?

We are lied to by our governments and leaders, by our schools, by our families and our friends. While some of these lies are conscious, others are the mere repetition of lies passed down from others, lies that everyone accepts and believes simply because everyone else appears to accept and believe them. But a lie is a lie, and they are no less dangerous for being unconscious or accepted out of naiveté or trust in the wrong person.

It is difficult to maintain a level head and an untroubled heart in such a world. Our dire situation speaks to us deeply and indirectly through the gap – truly a chasm – that separates what we are taught to believe is best and most noble in Man, and what we see, live, and experience in real life, be it at work, in the home or in what is forced on our sense by the media.

Most of us know that something is very, very wrong.

The infection of lies and deceptions propagated by those who wish to climb to the top or stay there has seeped into the most intimate corners of our lives, beginning in infancy and childhood when we enter the world and discover that those who are supposed to be our caregivers are already infected by the disease. From alcoholism to various forms of psychological abuse; from psychopathy to covert forms of narcissism; our basic modes of thinking and living are the stuff of a pernicious disease that keeps us separated from our true selves. We learn to lose ourselves in the needs and demands of those who are infected, defining our self-worth through the eyes of first our parents, then our peers, and finally, our society – all of them often damaged more than they know, and certainly more than any infant or child can know.

But we do know, on some level, that our most basic needs for honesty and true caring are not being met.

And so some of us begin what may be a lifelong quest in search of the answers, a search that can only lead us back to ourselves and the ancient adage “Know Thyself”. But knowledge of self, if it is not matched by knowledge of the world “out there”, feeds a subjective vision and interpretation of the world, limited by our experiences, our routines, our illusions, our prejudices, and our social conditioning. To escape, to find the way out from this sea of suffering, one needs to see the world as it is, without any blinders.

Unfortunately, knowing that certain members of the flock will always attempt an escape, those at the top who benefit from our ignorance, the evil shepherds, knowledge of whom forms part of this necessary knowledge of “out there”, have erected many fences that must each be broken through on the way out. We are caught in a labyrinth, where paths that appear to lead towards the exit will double back at the last moment and leave us even more deeply entrapped; where teachers who claim to know the way out will leave us even more lost in illusion because we think we are seeing clearly when all we see is our own subjectivity enshrined as Truth.

Some of these teachers are sincere, being themselves deluded. Others are truly spiritual predators feeding off of the thirst for truth and knowledge of their followers. Whether sincere or conscious predators, they serve the same purpose, keeping the flock hypnotised and imprisoned.

The specific traps are: 1) that of Inner Peace, the belief that all that is necessary is to find a quiet spot inside from which to get the strength necessary to confront the sufferings of the world; 2) the notion that we need to live in the Present, that this moment is the only moment, and we must take full advantage of it; 3) the idea that Knowledge comes uniquely through the Heart, that it is an emotional certitude, a killing of doubt.

This pernicious idea of Inner Peace as presented by many teachers ensures that people who have started to ask questions, who are drained by the horrors and suffering of the world, and of their own lives, will continue to feed those predators around them by developing an ability to tap into a hidden source of energy or bliss.

A fixation on the Present – in the particular context of limitation to “right now” – blinds us to our past experience and the application of our lessons to the current moment and the consequences in the future. Knowledge defined as emotional certitude, freezes us in ourselves, locking us away from those people who may be able to see us more clearly than we can see ourselves, thereby closing off any hope of escape.

Any or all of these teachings can be accompanied by techniques designed to produce an altered state in the seeker, a state of altered consciousness that triggers certain neurochemicals that “feel like” bliss and this then serves to reinforce the idea that the teaching is “good” and “real”, the end all and be all, and that the teacher is someone special for having provided the key. In the most dangerous cases, the guru or master is credited with “giving” this state to the devotee, creating a strong and sinister psychological link between the two, a link impervious to logic, reason, and clear thinking.

The goal of any esoteric work must be that of objectivity, first in our understanding of ourselves, and then, as our filters and programmes are dislodged, of the world. A true esoteric teaching will, therefore, not only focus on “Know Thyself”, but will also provide knowledge about the reality of our reality. If one or the other of these aspects are missing from a teaching, then you can be certain that it is incomplete, and an incomplete teaching, even if through ignorance of the teacher, even if unconscious, is dangerous.

The most important of these topics are:

Our reality is embedded in a complex system of realities where we are not the ultimate of God’s creations; we are not at the top of the food chain. Our reality is controlled by denizens of higher reality, and the forces at work in that reality are not all good. These are the wellspring of energy behind the evil shepherds referred to above. Gurdjieff refers to them in the story of the Evil Magician cited by Ouspensky in ‘In Search of the Miraculous’:

“There is an Eastern tale which speaks about a very rich magician who had a great many sheep. But at the same time this magician was very mean. He did not want to hire shepherds, nor did he want to erect a fence about the pasture where his sheep were grazing. The sheep consequently often wandered into the forest, fell into ravines, and so on, and above all they ran away, for they knew that the magician wanted their flesh and skins and this they did not like.

And after this all his cares and worries about the sheep came to an end. They never ran away again but quietly awaited the time when the magician would require their flesh and skins. This tale is a very good illustration of man’s position.”

– The Matrix of Control – Beyond its 3D Manifestation
https://wakeup-world.com/…/the-matrix-of-control-beyond-it…/

– How Much Are You Willing to Know?
https://veilofreality.com/how-much-are-you-willing-to-know…/

– The Hidden Forces of Life
https://veilofreality.com/the-hidden-forces-of-life-by-sri…/

2. That all 7.5 billion people on the planet are not the same:

Whether we like to admit it or not, there are those who have no conscience, the psychopath, man’s main predator, but a predator that looks exactly like its prey, the predators that move invisibly throughout society feeding off of the weak and ignorant. In the case of psychopaths, for too long we have all lived in ignorance because this oh, so clever predator has worked very hard to make sure that we are not even aware of his existence and his wiles and ways of attack.

The second difference is between that group of humans we call organic portals and those humans who have the possibility of creating a permanent link with their real ‘I’, their higher selves; human beings with an esoteric organ called “conscience”. Furthermore, because the psychopaths have power and have established their own vision of the world as the standard, everyone else on the planet is to some extent or another infected and serves to propagate, justify, and perpetuate the pathological system.

– Psychopaths in Power – The Elephant in the Living Room
https://veilofreality.com/…/marianne-williamson-and-the-el…/

Obviously, this is the most summary of outlines of [some of] the knowledge necessary to see the world as it really is. Any esoteric school or Tradition must include it is to give a complete picture of our situation.

Any so-called esoteric teachings that promote primarily ideas of Inner Peace, living in the Present, and “Heart Knowledge” (i.e. certitude of inner subjective feeling) do not deal with these issues. The significance of this should become apparent as we proceed.

Suffice it to say for now that any teaching that goes no further than helping people find “strength to endure the suffering of life”, without describing for them accurately and objectively the real conditions that are the basis of that life, and the real possibilities of interacting with life based on Truth will simply keep its followers in a constant state of readiness to feed man’s natural predators, often willingly at that, in the misguided belief that such giving is the highest manifestation of Love. Such followers are little more than milk cows nourishing the predators of our world.”