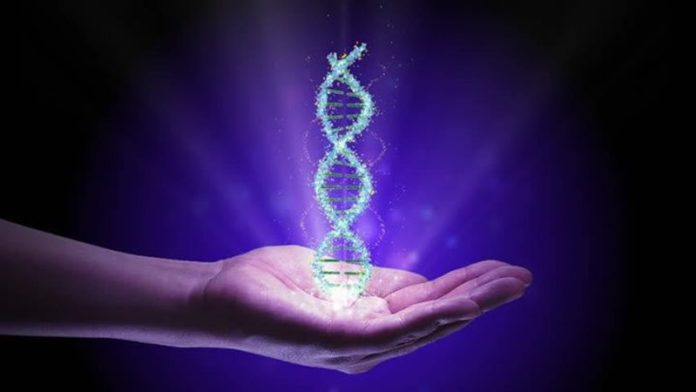 Our DNA can feed its proper data into a network of consciousness and can call up data from the network and also establish contact with other participants in the network. When words and phrases are spoken and modulated on specific frequencies — the reprogramming effect on DNA are extraordinary.

In recent years, Russian scientists have embarked on groundbreaking DNA research, and have made a stunning scientific discovery. In an astonishing experiment, these scientists discovered that the human body’s DNA can easily be reprogrammed by human speech.

According to them, our DNA is not only responsible for the construction of our body but also serves as data storage and in communication. The Russian linguists found that the genetic code, especially in the apparently useless junk DNA follows the same rules as all our human languages. To this end they compared the rules of syntax (the way in which words are put together to form phrases and sentences), semantics (the study of meaning in language forms) and the basic rules of grammar. They found that the alkalines of our DNA follow a regular grammar and do have set rules just like our languages. So human languages did not appear coincidentally but are a reflection of our inherent DNA.

Researchers have been able to “cut and paste” the desired programming onto a human DNA molecule — and successfully repaired damaged DNA or reprogrammed the human genome altogether.

The Russian biophysicist and molecular biologist Pjotr Garjajev and his colleagues also explored the vibrational behavior of the DNA. The bottom line was: “Living chromosomes function just like solitonic/holographic computers using the endogenous DNA laser radiation.” This means that they managed for example to modulate certain frequency patterns onto a laser ray and with it influenced the DNA frequency and thus the genetic information itself. Since the basic structure of DNA-alkaline pairs and of language (as explained earlier) are of the same structure, no DNA decoding is necessary.

In their DNA experiments with animals, the Russian scientists successfully transmitted information patterns from one set of DNA to another — and were even able to reprogram cells to another genome. They transformed frog embryos into salamander embryos — without lifting a single scalpel or making one incision!

This discovery is part of an exciting field of genetic science called epigenetics. Epigenetics is the phenomena whereby genetically identical cells express their genes differently, resulting in different physical traits.

What if you could change your genes just as easily as changing your clothes?

Did you know that you can actually program your DNA to create a healthy body in as little as 2 minutes? DNA, which is the “blueprint” of life that carries the genetic information in your cells, governs the development and functioning of the human body. It is a widely held belief that DNA, which is shaped like a double helix, has a fixed structure and cannot be changed.

But a recent study from the Institute of HeartMath has shed startling results that challenge what we thought we knew about DNA. In the study, human DNA was placed in a sealed test tube. Test subjects who were trained to generate focused feelings were able to intentionally cause a change in the shape of the DNA.

Negative emotions, produced at will, caused the two strands that comprise human DNA to wind more tightly. Heart-centered feelings of love and appreciation generated by the research subjects caused the DNA strands to unwind and exhibit positive changes in just 2 minutes.

Biologists have suspected for years that some kind of epigenetic inheritance occurs at the cellular level. The different kinds of cells in our bodies provide an example. Skin cells and brain cells have different forms and functions, despite having exactly the same DNA. There must be mechanisms–other than DNA–that make sure skin cells stay skin cells when they divide.

This may be the first scientific evidence of the long-held theory that emotion greatly affects our health and quality of life. This is proof positive that DNA and health are related, and we can communicate with and “program” our DNA through emotion — and thus, change the very blueprint of our health and our life. If we can influence the behavior of DNA and health in a test tube, what untold health benefits might we experience by changing the DNA in our bodies?

Dr. Bruce H. Lipton, a world-renowned leader in cellular biology and quantum physics research, and bestselling author of The Biology of Belief, was one of the first scientists to recognize the importance of epigenes. He has proven that a human being (you) can “rewrite” the way your genes express themselves. As such, you can cause cancer cells (or any abnormal or mutated cells) to act like normal human cells.

In one of Dr. Lipton’s most important experiments, he proved that when he took a “sick” cancer cell from a “sick” body, and transferred it to a healthy environment, the cell recovered quickly and behaved normally. And in ongoing epigenetic trials, half the patients are in complete remission from cancer.

Our DNA contains your genetic code. It has always been considered the “blueprint” of your life — something over which you thought you had no control whatsoever. Whether good or bad, your genes are like a set of cards dealt to you in a card game.

Epigenetics offers a life-changing opportunity for you to have better genes than the ones you were born with! You may even be able to influence cellular metabolism and remedy genetic defects, as the Russian scientists have been able to do successfully.


Michael Forrester is a spiritual counsellor and is a practising motivational speaker for corporations in Japan, Canada and the United States. You can follow Michael at preventdisease.com, where this article first appeared.