SHIFTWelcome to the New Paradigm
More
Collective Evolution
Environment
Everything Else
Featured
FREE Online Events
Healing Sounds
Home Everything Else Are You in a Chaotic or Energy-Sucking Relationship?
Facebook
Twitter
Pinterest
ReddIt
Email
Print 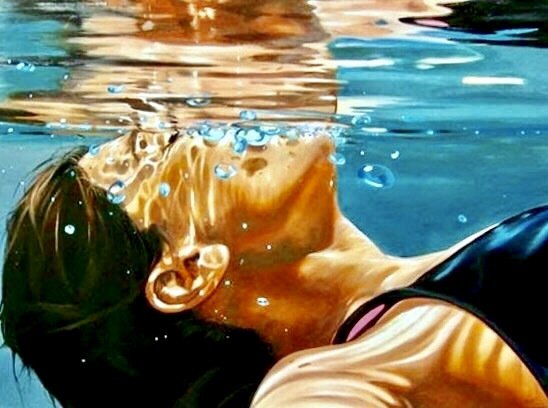 Are you in a chaotic or energy-sucking relationship? Here’s how to find out if you and and what you can do about it.


Do you have a friend, partner or parent who spews their emotions, crosses boundaries or manipulates the relationship according to their needs? If so, they may be suffering from the social/relationship disorder called Amorphia!

The term “Amorphia” is derived from the word amorphous which means “indefinite character without defined shape or form; lacking clear structure, boundaries or focus.” Although the word “amorphous” is most commonly used to describe undefined circumstances or shapeless substances, such as clouds or chemicals, people can also have amorphous tendencies. In fact, in many cases, amorphous behaviors can turn into a social dysfunction that negatively affects relationships.

Even though I usually prefer to avoid labels, I also know that it’s impossible to heal a relationship without first identifying the core issue. As a result, I have personally coined the term “Amorphia” to describe this relationship dynamic.

So, what exactly is Amorphia?

You know all those people who drain your energy? Well, in all likelihood, many of them suffer from some degree of Amorphia, and, therefore, they can be defined as “Amorphics”! Although severe Amorphics are often described as “energy sucking vampires,” in most cases, the signs and symptoms of Amorphia are more subtle.

Although Amorphia can manifest as a wide range of behaviors, it can be defined as the misuse and abuse of energy, and this means that Amorphic people are not responsible with their energy (aka emotions, behaviors actions, etc…).

Even though many Amorphics don’t understand how their behavior negatively affects others, the combination of mixed messages and broken promises results in ongoing arguments and chaotic relationships.

Chances are, if someone is not consciously using their energy, they’re unconsciously abusing it!


Although Amorphia can show up in many different ways, Amorphics can be divided into two distinct categories:

Amorphic Sponges seek approval, acceptance, appreciation, validation, etc…, and in order to get one or more of these emotional needs met, they may change their behavior to please others; this often results in self-suppression and disempowerment.

Amorphic Projectors seek respect and recognition in order to feel superior, and they always have to be right. Since they have to control the energy in any room or relationship, they often use their energy to over-power and suppress others.

The 4 Dynamics of Amorphia

Despite their differences, Projectors and Sponges share many common traits, and, in fact, they both misuse their energy in the same four ways.

So, unless otherwise specified, the following applies to both types of Amorphics.

Moreover, Amorphics may try to enroll others in their story by chronically validating their fears with “horror stories,” thereby manipulating people to feel what they feel. For example, if an Amorphic person is afraid of dogs, they may frequently share stories about random dog attacks.

Although Amorphics may spew their fears without ulterior motives, many intentionally provoke fear in order to control a partner’s, friend’s or child’s choices. For instance, to convince a partner not to go out with friends after work, an Amorphic partner may start talking about a local crime trend.

Furthermore, the Amorphic Sponge is an “energetic sponge” who takes on other people’s energy, emotions, and drama, and this means that if a friend or relative is sad, they’re sad. As a result, many Amorphic Sponges are ungrounded and emotionally unstable. In fact, they may expect a significant other to ground them or play the responsible adult.

On the other hand, the Amorphic Projector often diverts other people’s energy and may not seem to care how anyone feels – this dynamic results in, what appears to be, self-righteousness and a lack of compassion.

By making others responsible for their feelings, they naturally project expectations, and when those expectations are not met, they project blame and disappointment.

So, no matter what happens, they have a distorted sense of responsibility.

However, even though Amorphics don’t take responsibility for their own lives, they may somehow believe that they have the right to manipulate others, and, when this is the case, they can either be over-protective people pleasers who feel responsible for everyone (aka Sponges) or over-bearing control freaks who always know best (aka Projectors)!

In addition to their emotions, Amorphics often manipulate others through judgment and blame, and if those strategies don’t work, threats and consequences are common. For instance, they might threaten to withhold love or approval, and if they don’t get their way, follow through accordingly. And, when all else fails, some Amorphics resort to suicidal threats, possibly escalating to tangible plans, and this means that the Amorphic person makes another person (usually a romantic partner) responsible for whether they live or die.

Furthermore, whenever you see domestic violence, there’s always an Amorphic Projector acting as the abuser and an Amorphic Sponge portraying the victim.


By sharing too much information or asking inappropriate/personal questions, Amorphics can make people feel uncomfortable, and, furthermore, many Amorphics consistently ignore social signals.

On the other hand, in order to remain non-committal, some Amorphics share too little information. In fact, based on their needs or a desired outcome, Amorphics might omit pertinent information altogether, and, as a result, they’re often accused of lying.

Since the person who withholds information has greater power, their friends, relatives and colleagues are often at a disadvantage.

Furthermore, because Amorphic Projectors don’t consider the needs or wants of others, they often make choices without consulting those involved, and if they always have to be right, everyone else has to be wrong.

Not surprisingly, Amorphics often make their partners (and others) feel like they’re going crazy!


Both Amorphic Projectors and Amorphic Sponges have unclear boundaries, and many don’t know where they begin and others end.

Not knowing how to respect (or recognize) another person’s boundaries, both types of Amorphics often infringe their needs upon others, and this means that they may regularly expect help, support, money, etc…, and, in fact, they may chronically borrow money and default on promises of repayment.

Furthermore, if the Amorphic Sponge is emotionally needy or constantly seeking approval, others may experience his or her “energy” as an infringement in their space.

Since many Amorphics don’t respect privacy, they’re often found eaves-dropping or breaking into private emails. By getting into other people’s business, they frequently interfere where they don’t belong, and depending upon their intention, this can manifest as anything from unsolicited advice to downright manipulation. And, while the lines are blurred, this type of behavior can easily escalate into stalking.

Moreover, when Amorphics don’t respect physical space, it’s common for them to stand too close to other people or demonstrate inappropriate touching. On the other hand, it’s also common for Amorphic Projectors to hide behind a big wall, and by projecting “defensive energy,” keep everyone at a distance.

Additionally, with or without physical touching, some Amorphics use sexual energy as a form of manipulation, and in extreme cases, this can result in sexual harassment or assault.

By “manipulating” the boundaries of an intimate relationship, and justifying infidelity, Amorphics are more likely to cheat on their partners.

Role dysphoria is also common among Amorphics, and when this is the case, they may inappropriately take on the role of a parent or child.

The good news is that, in most cases, Amorphia has a cure!

Here’s How to Heal an Amorphic Relationship

As the friends, partners and relatives of Amorphics, we often unknowingly perpetuate certain dynamics with our own behavior, and, therefore, by identifying and changing certain behaviors in ourselves, we have the power to heal our Amorphic Relationships.

So, if you’re the partner, friend or relative of an Amorphic, here’s what you need to do:

First, identify Amorphic patterns by pinpointing the ways in which Amorphia is showing up in your relationship.

Third, identify your role in the Amorphic Relationship by answering the following questions:

If you answered yes to any of the above, you’ve spotlighted, at least, some of the ways in which you might be perpetuating an Amorphic Relationship.

Fourth, if you want to change an Amorphic’s behavior and heal an Amorphic Relationship, you must first change complementary behaviors in yourself!

For example, when it comes to an Amorphic partner, friend or parent:


Furthermore, if you’re in a relationship with an Amorphic, set and enforce clear boundaries. Since you can’t assume that someone will know exactly what you mean, always spell it out!

When one of your boundaries is crossed, make sure to respond immediately. If you wait to talk about it, your Amorphic partner, friend of relative might deny that it ever happened or reinterpret the event. Therefore, immediately pinpoint the Amorphic behavior and clearly state the boundary that’s been crossed – be clear and decisive without getting into a debate.

Remember, if you want others to respect your boundaries, you must also respect theirs.

Last but not least, cultivate the ability to say “no” and always be “at choice” for all you do and don’t do.

No doubt, it can take time to transform an Amorphic Relationship, and some relationships may need to end, but with love and patience, many relationships can endure – and even thrive.


Nanice Ellis has been a professional Life Coach for over 20 years, successfully coaching women and men from all over the world. She is also an author, Theta Healer and Master Neuro Linguistic Practitioner.

Helping people to make quantum jumps in their lives, Nanice’s very unique coaching style is often referred to as the “Nanice Effect”. By using powerful and proven manifestation techniques, Nanice coaches people to tap into the power of the Universe and live their dreams, bridging the gap from the imagination to the realization of that dream. She works with leaders, coaches, healers and anyone who wants to live life to the fullest. You can learn more about the coaching programs offered at: Coaching Programs with Nanice.

Nanice is the author of several books, including the inspirational “The Infinite Power of You!” and “Even Gandhi Got Hungry and Buddha Got Mad!”, and her latest book, “Is There a White Elephant in Your Way? The Guidebook for Awakening and Self Empowerment” She is also the host of radio show Chai with Nanice. Her books are available at Nanice.com/6/Books and right here on Amazon.

Connect with Nanice at Nanice.com.