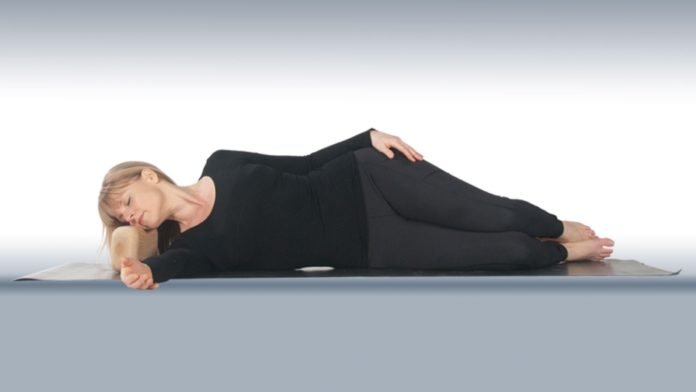 It was 3 years ago that I was ferociously de-cluttering everything in sight.   Determined to cleanse my life of blocks, confusion, and unnecessary stuff.   Papers, books, and unworn clothing had to go.  Emptying and purging so the Universe could come in and fill up my life with blessings, abundance, and wellness.   Yeah, bring it on!

So there I was tossing papers and files and more papers.   Until I came across a newspaper clipping that I was saving from a few years prior.   It was an article about a local sports therapist named Deanna Hansen, who had developed a way to dissolve long term anxiety and tension out of the body permanently.   Now I’ve had my share of shiatsu, deep tissue massage, rolfing, reiki, and accupuncture to see if it could even touch my anxiety and insomnia, but to no avail after thousands of dollars worth of appointments.

Now for some reason this article really resonated with me because it was introducing a method of deep massage of the abdomen, along with diaphragmatic breathing in order to treat deeply trapped tension that never has a chance to escape.   And if there’s one thing I knew, it was that my solar plexus was the holy grail of issues for me.

It seemed that every phobia, worry, and stress had made its permanent nest in my upper core.   A special compartment where confidence went to die.   And every time my body shook from fear and fatigue, it always seemed to stem from right around the diaphragm.  Over the years, my upper abdomen grew harder and harder like there was a frozen ball of ice that needed to be melted down.   Like a trapped bowling ball that felt heavier and heavier.  What was that?

So when the article highlighted how overbooked she was since her clients couldn’t get enough of this life changing therapy, I knew I had to check into it further.

A few weeks later, I was having a session with Deanna, as she applied fluid manual movements to my upper abdomen and explained how the average person breathes completely wrong, using the shoulders instead of the diaphragm.   Along with this, we tend to hold our breath unconsciously (out of fear) thus ending up with an oxygen starved body and brain.

Then further explaining that the fascia tissue becomes cold and hard, as it becomes more deprived from proper breathing and oxygen.  As less efficient muscles are employed for breathing, the result is, over time, our cells shut down and collapse, forming dense masses of tissue, accelerating the aging effect.

The solution, she explained, is to breathe in the exact same way that we did as babies.  Expanding the belly way out, inhaling and exhaling fully (instead of forcing the shoulder and rib muscles, the way we do as stressed out adults).

At the same time there is a need to melt down the accumulated “frozen” tissue at our core to create the space necessary for this muscle to function the way it was intended to.

Accomplishing this would be akin to stepping into a time machine to reverse the aging process.

I listened with fascination and tried to figure out why no other physiotherapist, massage therapist, naturopath, or energy healer had ever explained this concept to me.    It seems that it would be crucial to understand this in order to treat common issues like chronic tension, indigestion, weight gain, and aging.

I had to wonder why nobody out there ever did abdominal massage since that is exactly where every human intrinsically grips their fear.  (Even more so than the back muscles, in my case).

Deanna called this type of manual massage “Fluid Isometrics” since it refers to how muscle groups push against each other with equal force.

After the massage she demonstrated a technique with a wooden tool that I could apply to myself at home in order to get further results.   She called this “Block Therapy”.   She had devised a perfectly ergonomic hand crafted wooden block just for this purpose.  And so basically you lie down on the floor, placing the block under different points of pain and tension throughout your body and then you use deep diaphragmatic breathing as the pain and tension slowly diminishes, and the body has a chance to balance and realign itself for the first time in years.

I describe it almost like a cross between yoga (since you lie on the floor) and ultra deep tissue massage.

I was pretty reluctant at first, thinking “Seriously?   What on earth is this?”   But at the end, I actually felt a deep release of all-over tightness. The block was even able to penetrate deeper to places that the hands can’t reach.  It also stops anxiety attacks in 4 minutes flat.   I quickly changed my opinion to “Holy guacamole.  This stuff works!”

And the mother of all perks is that deep diaphragmatic breathing actually burns fat.   I kid you not.

3 Steps To Unblock Your Body