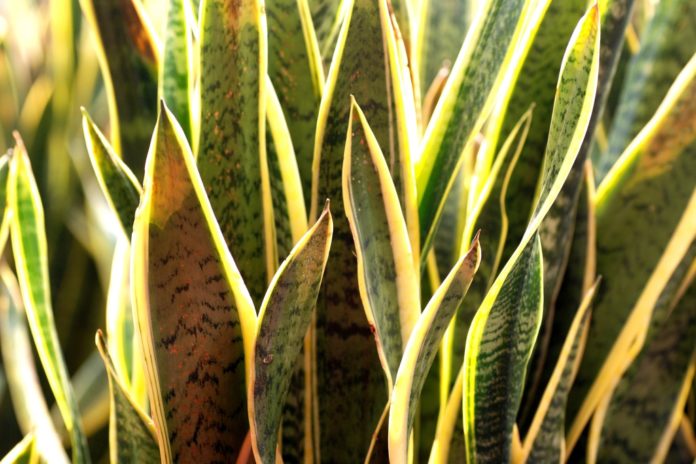 If your slumber suffers, why not accept a simple assist from these hardworking houseplants?

We seem to be a people who are always looking to complicate things, often times when a much easier solution to a problem is right in front of us. Take sleep … or lack of it. Up to 35 percent of Americans have suffered from insomnia, a condition that can lead to everything from depression to risk for obesity and heart disease. So what do we do? We turn to drugs, supplements, and high-tech gadgets in a plea to Morpheus. According to Consumer Reports, Americans spent an estimated $41 billion on sleep aids and remedies in 2015; by 2020 that number is expected to climb to $52 billion.

Instead of all that, why not ask the plants for some help? It’s not news they they keep the planet viable for human life, let alone keep our homes healthy. (You can read about their impressive benefits here: 5 health benefits of houseplants.) And while many people keep plants in their kitchen and main living spaces, the following plants in particular are wonderfully suited for the bedroom, where they could work some magic in the sleep department. I mean, really, who needs Ambien when you could have orchids?

Lavender may be the best-known natural remedy for sleep and relaxation around. I’m getting sleepy just thinking about its heavenly smell. Among a lot of other research, single-blind randomized studies investigating the effectiveness of lavender odor on quality of sleep show that lavender improved sleep quality in a wide array of study participants.

I have read that gardenia is a great sleep-inducer. Some sources go so far as to suggest that a whiff of gardenia is as effective as a dose of valium. While from what I can see of the study cited in these claims, it was probably an oral application, not a plant by the bed. But still, I stand by gardenia as a somnolent. One of the sweetest things my mom has ever done was to plant gardenia plants outside my bedroom window when I was young. As unscientific as it might be, I swear I fell asleep easiest on the nights my windows were open, allowing that heavenly scent to work as a lullaby.

In NASA’s famous research looking at the air-purifying qualities of houseplants, they found that the areca palm filters certain volatile organic compounds (VOCs) from the air. Meanwhile, famed plant scientist Dr. B. C. Wolverton notes that a ~6-foot areca palm can transpire 1 liter of water per 24 hours, thereby making it an effective humidifier – which can help with allergies, colds, or other breathing discomforts that can disrupt sleep.

Another one from NASA’s research, the tongue-tangly named mother-in-law’s tongue was shown to be a great air purifier. Researcher Kamal Meattle gives a TED Talk shout-out to this one too as one of the three plants he uses “to grow fresh air.”

Not only is English ivy quaint, but it might prove pretty helpful for people with allergies who in need of sleep. Yes, it’s one of NASA’s air-cleaning plants as well, but there’s also this: According to research, English ivy reduced airborne particles of fecal matter by an average of more than 94 percent over 12 hours, and levels of mold in the air went down by 78.5 percent. While airborne fecal matter might not be on the top of your mind (well, maybe now it will be, sorry) – mold is an impressive allergy instigator that can vex slumber. If you have pets, however, keep English ivy out of their reach; see note below.

This is a three-in-one since they’re working on the same principal, namely, increasing air quality at night. When photosynthesis stops when the sun goes down, most plants switch things up and begin absorbing oxygen and releasing carbon dioxide. However, orchids, succulents and bromeliads go rebellious and take in carbon dioxide and release oxygen during the p.m. hours, making them great plants to keep the air fresh at night in the boudoir.Note: Just a reminder, if you have pets make sure that your houseplants are safe for them. See: 30 garden plants harmful to pets for more.

This article has been republished from Treehugger.