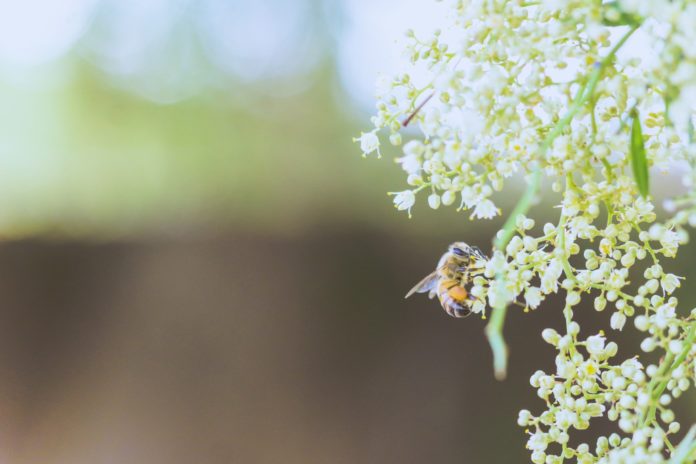 At least 30% of crops in the world and 90% of all plants are dependent on cross-pollination for their survival. Bee populations have plummeted globally in recent years but have started to stabilize again. The reason for this is unclear, but it has happened before and will almost certainly happen again. Humans are dependent on bees to pollinate crops and plants. Without them, harvests become smaller, thus more expensive, which could lead to a food crisis. A loss of bee-pollinated plants would also result in animals that eat the plants becoming extinct and this would travel up the food chain. This is why humans need to reconnect with nature, do their part to help bee populations and find that happy balance.

Colony Collapse Disorder (CCD) is a phenomenon that occurs when the majority of worker bees leave a colony, despite there being a queen and plenty of food. Often a few nursing bees will be left behind to care for immature bees. 2007 saw a dramatic rise in honey bee CCD in many European countries and North America. The Food and Agriculture Organization reported that global crops that depend on honey bee pollination were worth $200 billion and farmers in the US had to rent honey bees for pollination services, costing them up to 20% of their regular income. There are many theories as to why CCD happens, such as pesticides, malnutrition, infections and viruses. It could be a combination of factors and the reason could depend on which part of the world the bees are affected.

The Effect On Humans

Food crops, such as grains and cereals, are dependent on bees to pollinate them. This means that a decline in bees can result in a decline in crops, which would lead to food prices rising and more people going hungry. Since the last case of CCD in 2007, bee populations are being monitored more closely around the world. Beekeepers can recover from losing 15% of their bees over winter, but in the 2015-16 winter in the US they reported losses of 21.8% of colonies. Canada’s bee colonies were at a 16.8% loss, Europe was 11.9% and New Zealand was 10.7%. Fortunately, many crops are self-pollinating or wind-pollinating and so aren’t dependent on bees to thrive and survive. However, some of these are fruits that bees can help to shorten the time between flower to fruit, meaning there is less time for pests or other animals to get to them.

Becoming a beekeeper can help bee populations, as it strengthens the gene pool by adding healthy bees to their population. Professional beekeepers are becoming less common and many depend on money from renting bees out for pollination and sales of honey. Amateur beekeepers are on the rise as it’s now easier than ever to get a basic understanding and equipment to start a beehive. They can easily be set up in small spaces too, such as rooftops and small yards. Amateurs usually keep bees as a hobby and to collect some honey, but they are helping bee populations at the same time. A beekeeper’s role is to disturb bees as little as possible in their hive home so that they can behave naturally and produce honey that can be collected.

Other Ways To Help Bees

If becoming a beekeeper isn’t for you there are other ways you can help bees. Bees can become exhausted, particularly on hot days, so it’s not uncommon to see bees looking lethargic. If you find an exhausted bee, mix 2 tablespoons and 1 tablespoon of water and offer it to them from something small, like a spoon, bottle lid or egg cup. Bees can die from exhaustion, so offering them sugar water will help to keep them going. However, you shouldn’t leave sugary water out for bees around your garden as bees can treat this as easy food, recruiting other bees which can be devastating to the hive. Planting bee-friendly flowers in your garden offers sustenance to bees, so this is another good way to help bee populations. Ideal plants include lavender, crocus, wild lilac, foxglove and asters. It’s a good idea to have plants that flower at different times of year to offer food all year round.

Declines in bee populations have been seen before and will likely be seen again. The reasons are unclear, but it would result in some crops dying off, which would affect food supplies for human consumption. However, other insects can pollinate some plants, along with the wind and self-pollinating, so many plants and crops would be unaffected. This means that while some foods become unavailable or more expensive, others would not change in supply or pricing. Bees are important for our planet and many species are dependent on their survival, including humans, so they should be valued for everything that they contribute to the planet.