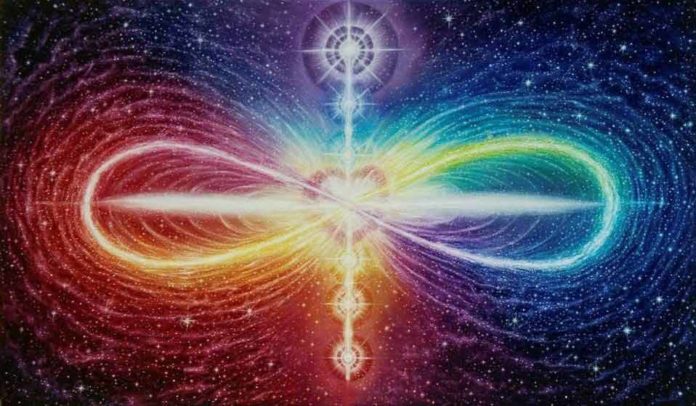 There are many books about consciousness, spirituality, the nature of Reality, the New Paradigm, and holistic health that both elevate and deepen your relationship with yourself and the Source field. Here are 11 of them.

On the path of awakened awareness, we need not feel like we have to go at it alone or reinvent the wheel. There are many very helpful resources available to us, especially in this Information Age, that allow us to access a compendium of knowledge and wisdom from the Source Field in the form of literary transmissions.

Below you will find a list that I have personally found to be helpful on the path of awakened awareness, as have many others. You can click on the titles or the book covers if you want to head over to Amazon and get a copy of any of them. 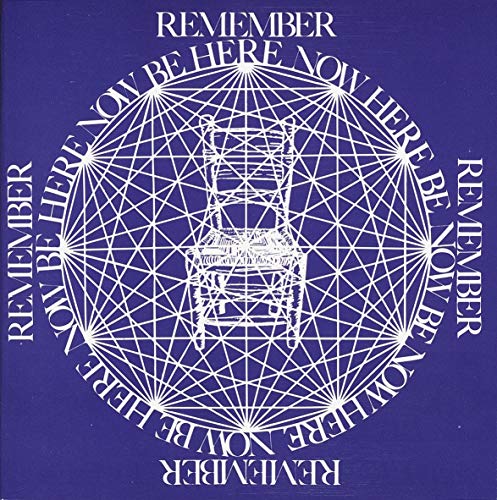 Be Here Now is a classic. With each page looking like a work of art and definitely different from the way a traditional book looks like, it keeps you captivated and really feeling into the experience of living a more present life.

The book follows Richard Alpert through his journey out of the hyper-materialistic culture of the West to the spiritually-respectful culture in the East. After discovering the psychedelics psiolocybin and LSD, he experienced profound boundary dissolution and embarked on the path of Self-realization to India. Once there, he met his guru and was renamed Baba Ram Dass. It was there that he was introduced to the spiritual practices of meditation, hatha yoga, and Eastern philosophy and metaphysics.

This book is a must-have for anyone that wants to develop a deeper relationship with their true Self, loves poetic descriptions of the awakening process and is looking for practical advice on how to live a yogic life. 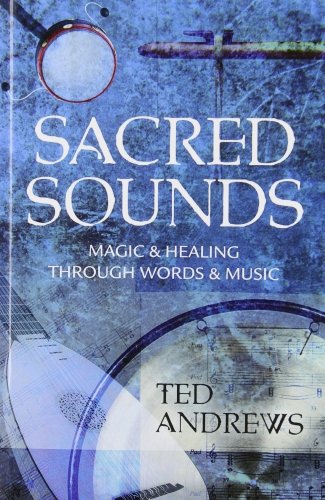 Sound creates form. In HInduism, Om is perceived as being the creative sound of the Universe. In Christianity, the Word is said to be how everything came into existence. In essentially every human culture where there was a spiritual philosophy, sound was considered the tether connecting humans with the Divine. In esoteric schools and orders students and neophytes were taught the power of sound and how to use it for creating, manipulating Reality, and healing.

In Sacred Sounds, you will learn how to tap into the magical aspects of sound and the incredible healing nature of toning. Beyond healing, you will discover how to shift into higher states of consciousness. You will also be able to become more creative and enhance your  intuition. Feeling like you have an energetic block? This book will teach you how, with the power of techniques such as directed esoteric toning, to dissolve blocks easily and effectively. 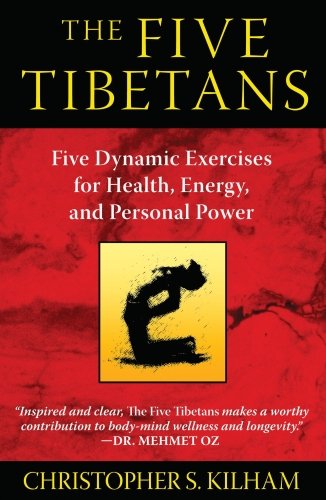 The Tibetan Rites were one of the first yogic exercises I ever practiced and I make the effort to keep them integrated in my life to this day. They are five simple, yet profoundly effective, movements that have been said to be the “fountain of youth” and are easy to incorporate into a daily practice you may already have.

With a proclaimed age of over 2,500 years, the Tibetan Rites were brought to the West in 1939 with Peter Kelder’s book The Eye of Revelation. He learned about them from a retired British colonel who had gone to a remote monastery in the HImalayas after he kept hearing stories of llamas who became surprisingly strong, young-looking, and full of vigor after doing the so-called rites. The colonel learned about seven “psychic vortexes” that, as we age, start to spin slower which leads to worse health. The spin rate of the vortexes can be restored by practicing the 5 rites on a daily basis. This book by Chris published in the early 90s helped the  world rediscover the Tibetan Rites and is a great guide to making them a part of your daily practice.

4. The Holographic Universe by Michael Talbot 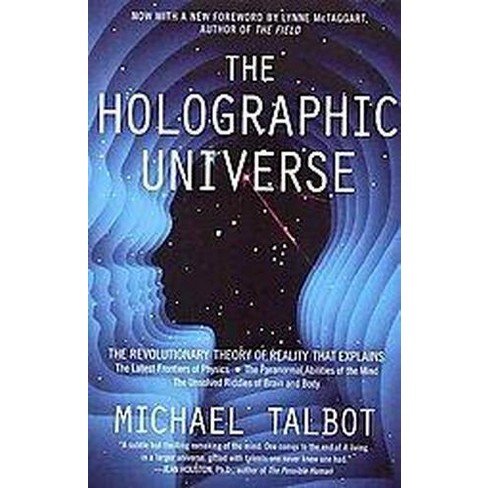 We perceive the world as being a solid thing that is incredibly difficult to change with ease because of how dense it is. However, the is an incredible amount of evidence today that supports the idea that the universe is a holographic projection out of some primary Reality. With this, come the possibilities of playing with reality in ways that we thought were only possible in the realm of fantasy.

While this book came out in 1992, esteemed physicist David Bohm, a former protege of Einstein’s and quantum physicist Karl Pribram, believe that the universe itself is probably a massive hologram, partially manifested by the Mind. This perception shift would explain many of the mysteries of physics, including telepathy, out-of-body and near death experiences, “lucid” dreams, and the mystical experiences of collective oneness and miraculous healings. This one will blow your mind if you have never looked deeper into the holographic universe theory.

5. Don’t Sweat the Small Stuff . . . and It’s All Small Stuff: Simple Ways to Keep the Little Things from Taking Over Your Life by Richard Carlson 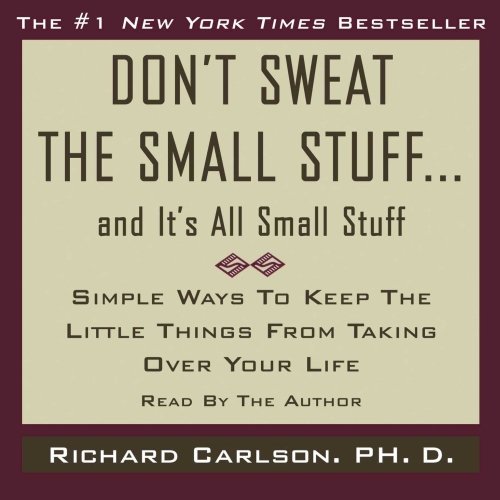 We sometimes get overwhelmed with situations that we find ourselves in and have difficulty finding our center and staying at ease. This book can help you shift your perspective and see that life is made of little moments and that if you simplify your outlook on things, then things become more manageable to deal with. This an insightful and easy-to-read book that you will find is a great book to open up any time you feel overwhelmed with life.

6. The Secret Teachings of Plants: The Intelligence of the Heart in the Direct Perception of Nature by Stephen Harrod Buhner 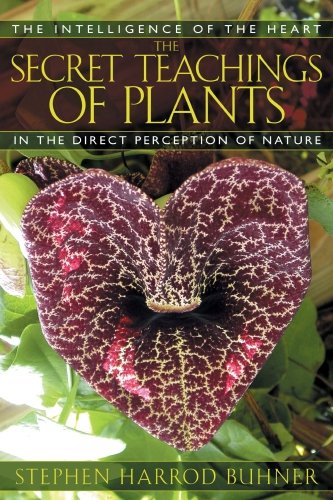 Plants contains a wealth of knowledge and humans have been learning their wisdom since time immemorial. Even today, the teachings continue, with biophillic design becoming the cutting edge of architectural design. This book explores the techniques used by people in the past and within the present to get direction from plants. My favorite part of this book is the deep exploration as to how the heart is an organ of perception. Heart-centered perception can be exceptionally accurate and detailed if developed, which is what this book can teach you.

7. I Am That by Nisargadatta Maharaj 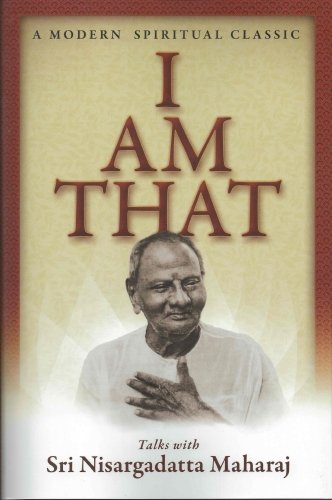 As far as high-vibrational Self-realization teachings go, this one may take the cake. Sri Nisargadatta Maharaj was a teacher who did not promote any specific ideology, but instead unmasked the mystery of what the true Self is. Maharaj cuts out all the non-essential fluff that sometimes comes with spiritual teachings. The book is styled in a form of dialogues he had with people who came from all over the world with the intention to strip away all the layers that had built up around their true ‘I’ and its timelessness.

8. The Emotion Code by Bradley Nelson 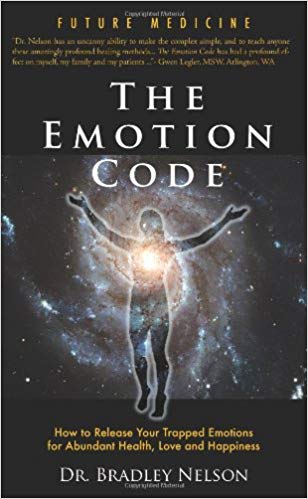 Did you know that emotionally-charged events from your past can become trapped in your body? Dr. Nelson explains how trapped emotions can create physical pain and even serious diseases. These trapped emotions can even influence the way you think, including what choices you make in life. Trapped emotions most often congregate around the heart and by using well-explained methods that apply kinesiology and neodymium magnets, you will be able to release trapped emotions easily and watch nearly instantly issues you may have had for decades disappear. These could include physical ailments, self-sabotage, as well as recurring relationship problems. 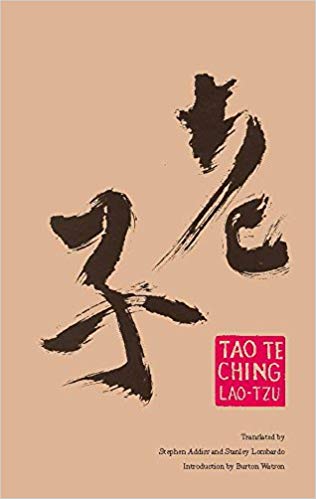 A text written nearly 2,500 years ago, this is a timeless classic about the Tao. In it is ancient wisdom about how to live a life of goodness and integrity. It also shows us how we can have a shift in our perception of reality if we are in a state of pure awareness. Putting a label and a name to every aspect of everything (something especially appealing to the Western mind) reduces our reality tunnel to a very limited perspective on things. Self-awareness is what this book is all about.

10. Energy Work: The Secrets of Healing and Spiritual Growth by Robert Bruce 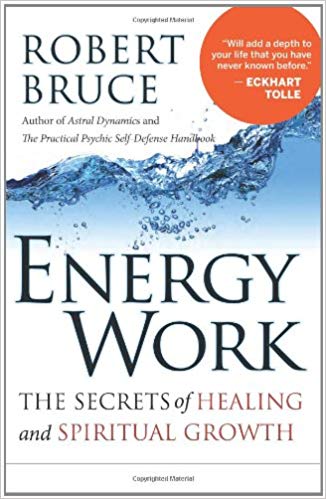 Understanding and feeling into our subtle energy system opens us up to being able to heal ourselves, among many other things. In this book, you will find an easy-to-follow guide to specific techniques such as tactile imaging that will turn you on to feeling subtle energy strongly enough where you will be able to feel where there are weaknesses in your field, as well as imbalances. There is no need for visualization in order to stimulate the movement of vital energy, which some people have difficulty with. If you want to strengthen your immune system, learn how to practice self-healing, develop more intimate relationships, and increase your psychic and spiritual abilities, this book is a must-read.

11. The Zen Teaching of Huang Po: On the Transmission of Mind by Huang Po 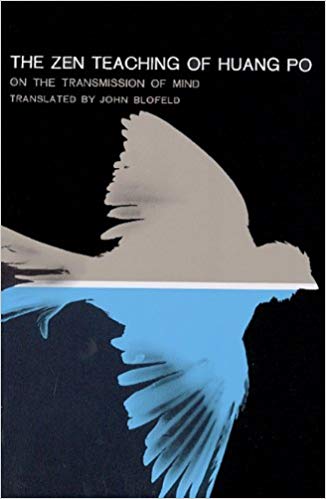 Huang Po is perhaps the most insightful sage of the Zen tradition. The insights go incredibly deep. Sometimes you will find yourself sometimes needing to meditate on a sentence for a long time and really feel into the richness and depth of what is being streamed into your consciousness, using the limited lingual syntax we humans use to communicate thought-forms. There are truths about Reality that are so abstract that it is difficult to compress them into an understandable format using language but Huang Po did as impeccable job as is possible. Go beyond the perception of the senses into the realm of the Absolute.

Do you have any recommendations to add to this list? If so, add them as a comment below this article or head over to our forums here and pass them along!