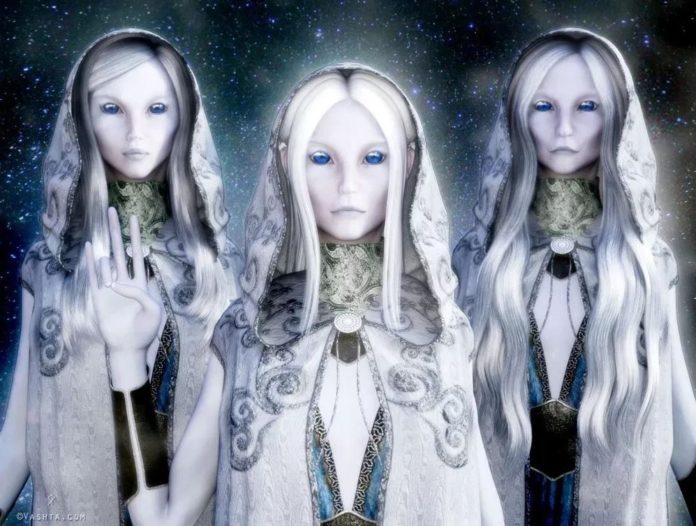 While this may see “out there” for some, the following is a mind transmission I received over the course of a dream and three meditations which began on a journey to the Mount Shasta in California. The message I received felt to be of such great importance that I decided to share it.

Traveling from Berkeley to Mount Shasta, I felt something in my life was shifting. There was an inner feeling that something had shifted and that the energy from the subtle realm was going to transpose down into 3D reality into manifested actuality. What I didn’t know was that I was going to have an experience that would leave me with a message to share to humanity that was as timely as it was timeless. While much of this message should be already understood by awake people, there is a particular topic that was brought up that I see is often ignored entirely.


In dreamtime, during my first night at Mount Shasta where I was staying at a charming and magical place, I “met” an inner earth that seemed to be from under that sacred mountain whose name sounded like Fo-Tuu-La. I was unsure whether this being exists in physical form or in a subtler density version of Earth, so I opened up a channel between myself and the inner Earth collective earlier today and received the message that it is both. Sometimes they prefer being in the dense 3D version of Earth, but oftentimes they are in a subtler density of Earth.


There are legends that go back to at least 11,000 years to around the time of the Younger Dryas (Graham Hancock has plenty of supported evidence if you are interested in learning about the comet impact theory that ended an advanced civilization that existed and led to the Great Forgetting). Native American have talked about the mystical properties and significance of Mount Shasta for a long time, so this is not some modern creation, but rather something that has a long history.


Fo-Tuu-La had milky white skin, long white shimmering hair, and a kind and pure presence, while being down to earth. He looked similar to these two beings, although his face was gentler and his build was much stockier than these two. In these images, the artist Vasha Narada states the female is an inner Earth being whereas the male is a Lyrian. However, at the core of it all, we are all fractals of the Source consciousness so it doesn’t really matter what physical avatar we are embodying in any given moment if we are streaming Source consciousness through us.


Fo-Tuu-La sat down to speak with me in the dream, as if I was interviewing him, but I woke up before we could talk. Later that day, I drove up with my partner as far as we could up the mountain (there was over 10 feet of snow at higher elevations so most of the way up was closed) and parked at the base to meditate. I received further information about the inner earth details but I was unable to directly communicate with Fo-Tuu-La. The next morning when I was back home, I sat in meditation and opened up a channel of communication with him and this time we had a mind transmission that was very insightful and something I feel I am meant to share, on the behalf of Fo-Tuu-La and the consciousness collective he represents.

A Message to Humanity

I asked him what does he have to say to the surface-dwelling humans? He said that we should purify our avatars and keep our space pure (meaning our physical, mental, emotional, and energetic), as well as surround ourselves with others who are pure in thought, word, and action.

He then said something that is largely ignored by most people in the conscious community from what I’ve see and what I felt was the primary purpose of him speaking with me. He said to avoid becoming a part of groups that appear to appease to the Earthbound conscious community (the awakened ones), but are not pure in their intentions. He said they act as gatekeepers and blockades so that the consciousness cannot raise past a certain point. These groups corral those who awoke into a place where they can be controlled and whose future actions towards raising individual and collective consciousness can be predicted, thwarted, capped, and hindered. There is an unseen hyperdimensional aspect to this, that manifests as a “second net” and which is not even known to be an influencing factor by most people in the conscious and spiritual communities, although I have noticed that there is increasing awareness of it. My friend Bernhard Guenther goes deeper into this topic if you are interested in learning more.


This is extremely important, because people who are “awake” seem to still be using, for the sake of ease as one example, online communication platforms that are limiting their ability to productively co-create meaningful and actual solutions and assistance to others. We should use our inner wisdom and be discerning and intuitive before agreeing to something. Something may look good on the surface, but this may just be a charming false front. Be wise. Be discerning. Be aware.

He also advised to forge alliances with those of pure intention and create a coalition collective in order to accelerate and magnify our positive impact. I feel this is key in this critical in this time of transition. There are thousands of groups focused on helping people and establishing a new conscious paradigm, but they are so fragmented and sometimes unwilling to work with others. This is self-defeating, because as humans, we are part of the same interconnected family on the same planet. It is in our best interests to put our egos in the back seat and work together; otherwise the active darkness, which knows how to strategize and work effectively and sagaciously, will call the shots.

Are we going to agree to them doing that or will we show that we actually practice what we preach and can work together towards a common goal? This is not to say that we shouldn’t work on an individual level, because that is important as well. However, as humans, we are relational beings and most of us enjoy working with others towards the common good. As Pierre Teilhard de Chardin once said, “there is almost a sensual longing for communion with others who have a large vision. The immense fulfillment of the friendship between those engaged in furthering the evolution of consciousness has a quality impossible to describe.”


His final words were that they are reaching out because they believe in us and our ability to break free and co-create our self-defined path into the future present.

I share this in the hope that this message gets across to others who are awake, but may be agreeing to be part of things that are either intentionally or unintentionally hindering personal and collective evolution. We are in a transition cycle within what is called ‘time‘ where the rubber meets the road…and what an exciting and amazing time it is to be here!

Paul is the founder & director of SHIFT>, a conscious evolution guide, author of The Creation of a Consciousness Shift, reality alchemist & celebrator of life working to provide an integral role in the positive personal and collective evolution. Have a question or are looking for guidance? Find out more here